Abercrombie New York: Find Out All About This Trendy Store! 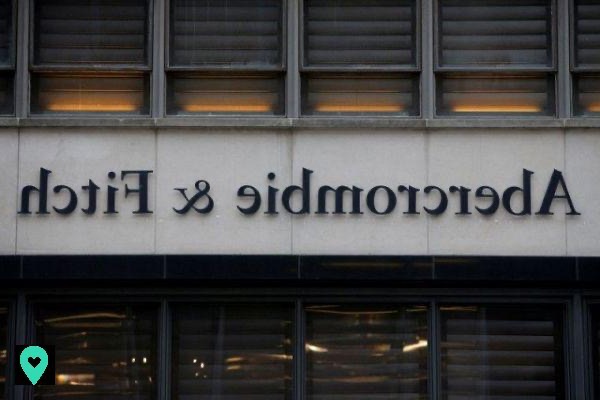 The history of Abercrombie & Fitch

Abercrombie & Fitch is an American company that was founded in 1892 by two men: David Abercrombie and Ezra Fitch. This premium clothing company is located in the state of Ohio and its primary targets are adolescents and young adults. The brand's four brands are: Abercrombie & Fitch, Hollister Co. and Gilly Hicks (Ruehl No.925, the fourth brand, closed in 2010). 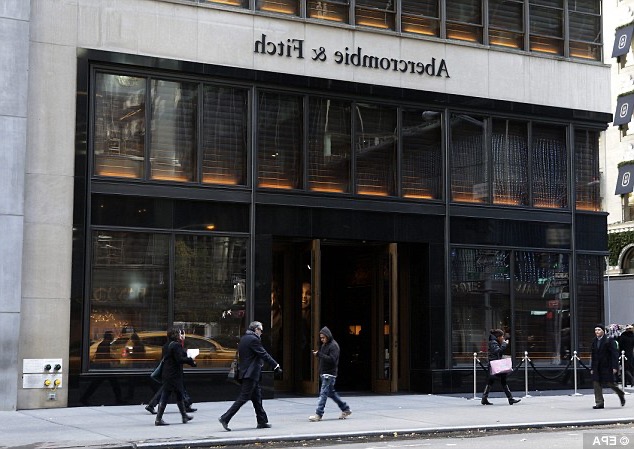 Today, Abercrombie & Fitch has more than one thousand shops spread across Europe, Asia and Latin America and 300 stores are present in the United States.

A few words about Abercrombie brands

The four brands of Abercrombie & Fitch (Abercrombie & Fitch, Hollister Co., Gilly Hick and Ruehl No.925) are considered subsidiaries, but in reality they represent divisions of the brand and are not independent.

Hollister Co. sells clothes casual et inspired by the southern Californian atmosphere. The clothes are " surfer And Holister Co.'s main target is teenagers. The logo of this sign represents a golden eagle.

The Gilly Hick brand offers underwear and dedicated clothes inside for women aged 18 or over.

This sign was Abercrombie & Fitch's most expensive and the latter targeted people between 20 and 35 years old about. In 2010, Ruehl No.925 closed its doors because sales did not reach the expected numbers.

Today, different elements make the Abercrombie & Fitch brand unique. First of all, this brand offers a very particular style marked by very brightly colored striped t-shirts and polo shirts as well as by vintage jeans and quite wide.

The brand's logo represents a momentum. This appears on a lot of clothes, although it has tended to fade for some time. 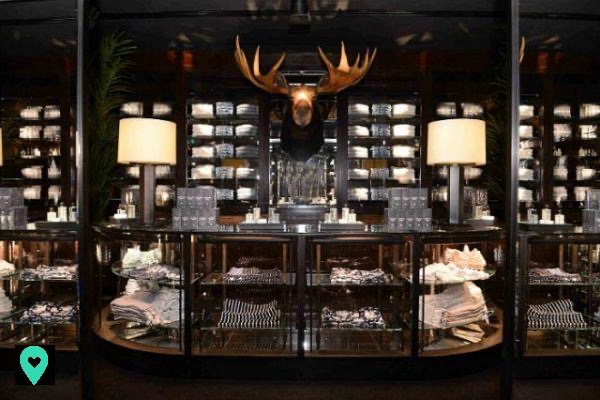 Abercrombie's success is based on concept marketing unique and above all very interesting. As soon as you walk through the doors of an Abercrombie store in New York, you will be surprised by the decor available to you and the atmosphere that reigns in this store. Indeed, Abercrombie stores are immersed indarkness and the items sold are highlighted by spotlights and ceiling lights.

In order to create a young, relaxed and dynamic atmosphere, the music is current and very forte (the latter can reach 90 decibels).

But to attract and stand out, the Abercrombie brand does not stop there! The sellers men are shirtless and the saleswomen in bikini. Besides, you have the possibility to take some pictures with them, take advantage of it!

Finally, the store and all items sold are perfumed, but not only. When you buy the Abercrombie bag, it will also be scented. A pleasant and very appreciable smell!

As you can see, Abercrombie's marketing concept is really unique and this one appeals to the many visitors who flock to do some shopping.

The exterior of the stores, how is it?

The exterior of Abercrombie's stores is marked by a facade adorned with trim and showcases hidden by shutters.

Abercrombie New York: what can you find in these stores?

As stated beforehand, at Abercrombie you will have a very wide choice of articles. Whether you are a man or a woman, you will find something to your liking; there is no doubt ! 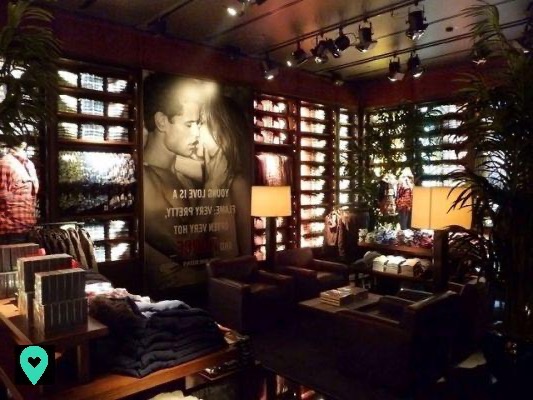 If you are a man, you can find: T-shirts, jackets, jeans, coats, swimsuits, shoes, accessories ...

And for the children?

For children, Abercrombie & Fitch is known asAbercrombie Kids. The latter is considered "Classic Cool" by the brand and the clothes are dedicated to children between 7 and 14 years old.

As previously stated, in New York two Abercrombie & Fitch stores are open. Here are the opening hours for the two stores:

When to go to Abercrombie?

As you might expect, Abercrombie stores in New York are very popular with tourists and of course locals. The store on Fifth Avenue is more frequented. If you want to go to both Abercrombie & Fitch stores, be aware that most of the time, there is a line in front of the Fifth Avenue store. It will therefore be necessary to arm yourself with patience to get inside!

On the other hand, I advise you to go to the one on Fifth Avenue from the opening at 10 a.m. in order to avoid as many people as possible. If you don't want to confront the crowds, head to the South Street Seaport store where you will be more quiet to do your shopping.

To help you better locate the two Abercrombie stores in New York, here is a map:

And here. You can now explore the shelves of Abercrombie stores in New York! It only remains for me to wish you happy shopping! Also, to get better deals, don't hesitate to go there during the sales period if you can! Happy shopping!

Governors Island: an island where peace and tranquility prevail ❯

add a comment of Abercrombie New York: Find Out All About This Trendy Store!