Broadway Street: a main and atypical axis of Manhattan 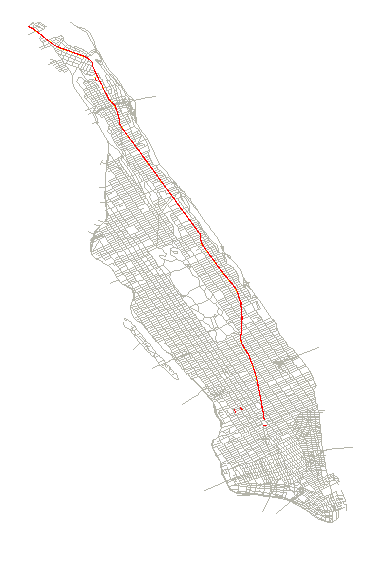 Broadway Street is one of main avenues of Manhattan. It stretches from south to north of the island and is the only one to cross the district and diagonal. Broadway Street therefore does not respect the “grid” layout established in 1881. Because of its layout, this avenue has led to the construction of buildings with particular architecture such as the Flatiron Building in the shape of an iron.

In addition to being atypical, Broadway Street is also the longest et the oldest of Manhattan. Indeed, it existed before the first settlers and the Amerindians also borrowed it. The name "Broadway" comes from "Brede Weg" a Dutch term which means "wide avenue".

Broadway Street spans 21 km in Manhattan and extends for 3.2 km in the Bronx district. Today this avenue is the most visited in the borough.

Why does this avenue run diagonally?

As explained, Broadway Street does not follow the classic pattern avenues and streets of New York: it runs diagonally. Indeed, unlike Fifth Avenue which runs lengthwise down Manhattan, Broadway Street begins in the Upper West Side and intersects with 10th Avenue. It then continues to Times Square, then Madison Square Park, before cutting Fifth Avenue and ending its run in Battery Park, while passing Bowling Green Park and the famous Wall Street Bull. But why this particularity? In reality, Broadway Street follows the path of an ancient Indian route that linked north to south. In 1609, when the settlers arrived in what would become New York, the route was already established and they began to use it as it was. This route is then remained the same despite the adoption of the grid plan in 1881.

What can we see on this avenue?

Broadway Street therefore passes through Manhattan and this avenue begins in the south at Bowling Green to the Inwood district in the north. If you plan to take it, you will be able to see several centers of interest there such as Columbus Circle near Central Park. A real attraction, Columbus Circle is a place where a statue of Christopher Columbus surrounded by fountains dominates (the name Columbus Circle was also chosen in homage to this explorer). This square is very pretty, but around, tall buildings can also be seen like the Time Warner Center which houses the Mandarin Occidental hotel and a huge underground shopping center. Here you will find all kinds of items and something to eat if you fancy a picnic in Central Park!

Another must-see on Broadway Street: Times Square, a lively crossroads known the world over for its shops and huge giant screens. But Times Square is also the Broadway Street theaters area. Here, musicals are played: Cats, Le Roi Lion (The Lion King), Aladdin… So many shows take place! If you want to go see one, here's all the information you need to see a Broadway musical!

At 34th street, do not miss theEmpire State Building, a skyscraper emblematic of the Big Apple and which offers you an observation post to admire the city from above! 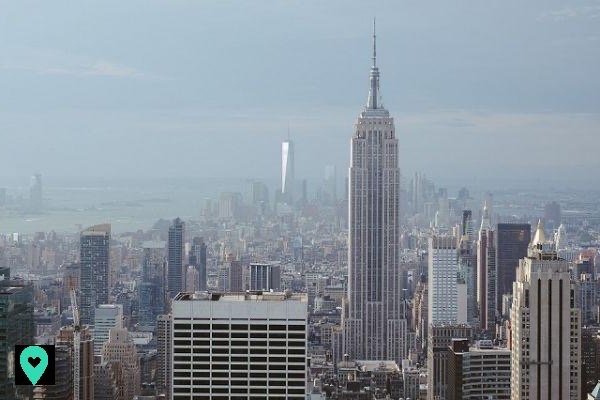 As you continue on your way, you will find another famous New York landmark, impossible to visit, but to photograph at all costs: the Flatiron Building. This iron-shaped building will not fail to impress you and if you can, do not hesitate to visit its entrance hall; you will find a presentation retracing the history of this monument.

Then continue your walk and you will find yourself in Greenwich Village and SoHo, two totally different neighborhoods. If in the first, you will find a bohemian and avant-garde atmosphere, in the second, animation is in the spotlight!


Finally, you will arrive at the famous wall street bull (don't forget to take a picture of this statue), at Bowling Green and Battery Park. The latter is a pleasant 10 hectare park where landscaped gardens have been installed, restaurants have been opened and where a view of the Statue of Liberty and Ellis Island can be seen.

Additional information on this main artery

Broadway Street is therefore an essential avenue in Manhattan and New York in general. In addition to being the oldest and longest, it is also atypical where many emblematic places of the city have been built. Strolling down Broadway Street is a great time to put on your list of activities at any cost. This avenue will also allow you to discover a 100% New York atmosphere and several facets of the city. So don't hesitate!

add a comment of Broadway Street: an emblematic avenue of NYC!