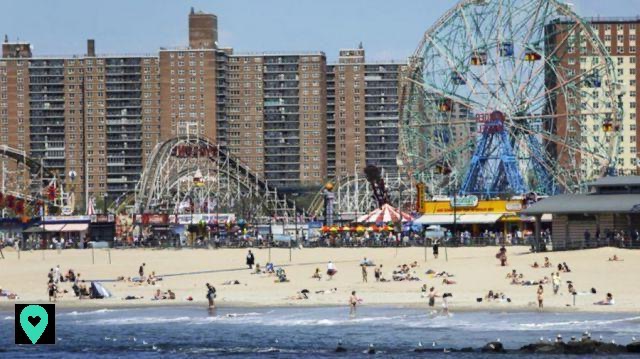 The history of Coney Island

Do you know how the neighborhood of Coney Island developed to become the tourist spot it is today?

Well, just know that in the past, New Yorkers used to go there during hot weather, in order to cool off a bit. Gradually, businesses were established in the surroundings, and Coney Island became very popular from the beginning of the 20th century.

After seeing his amusement park closing its doors and having turned into a disgraced district in the 60s, the peninsula fell somewhat into oblivion.

Fortunately, things did not improve afterwards, and Coney Island gradually regained its reputation and again attracted locals and tourists.

How to get to Coney Island

Want to go to Coney Island in New York? Nothing easier ! Board the D or N subway and get off at Coney Island - Stillwell Avenue station. one hour journey from Manhattan The F and Q lines also go there, but the journey time is longer.

Once you get to the metro stop, walk on Surf Avenue, and you will see the rides at Luna Park. Continuing on, you will come to Coney Island Beach.

If Coney Island was to be known for one thing, it is for its festive side! Indeed, the peninsula has attracted tourists and locals since the very beginning of the 20th century, thanks to its amusement parks. At the time, there were Steeplechase, Dreamland and the famous Luna Park.

Today, Luna Park has become a real institution, and although it is not the largest amusement park in the country, it is arguably one of the most authenticity !

Once there, you will be spoiled for choice when it comes to attractions. Bumper cars, Ferris wheel (the famous Wonder Wheel), haunted house, and other small rides for children. Without forgetting the Russian mountains, of course ! So which ones to do?

First of all, I recommend the Wonder Wheel, which will make you fly 45 meters high, in one of its 24 cabins. Created in 1920 and inaugurated on Memorial Day, the latter offers a superb view of Brooklyn.

Then, go for a ride to the Cyclone, which is none other than the roller coaster of Luna Park. They are also classified in the National Register of Historic Places. Once properly installed, you will make nine descents and sometimes circulate at more than 100km / hour ! 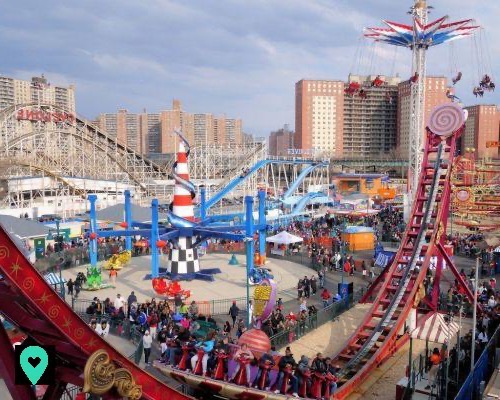 Note that entry to Luna Parc is free, and that if you have a New York Pass, several attractions are included! One more reason to opt for the purchase of this pass.

Finally, don't forget that Luna Park only opens its doors during the summer months, March to October. Also, I recommend that you find out in advance about the hours of the period when you plan to go there. Usually the park is open from noon to 20 p.m.


The beaches of Coney Island and Brighton Beach

If you're lucky enough to be in New York City during the summer months, take a walk on the Coney Island seawall and beach. Long 6 kilometers, you will love settling there for a moment, far from the bustle of New York City. Even if of course, the beach is often popular with locals and tourists alike! That's why I advise you to go there in the morning, in order to take advantage of a little peace, and why not go for a New York jog!

And if you really prefer a quieter place during the day, then head for Brighton beach. The latter is generally a little less populated than its neighbor.

The latter is indeed quieter than the beach of Coney Island, and to your surprise, you can hear languages ​​other than English. Why ? Because in the vicinity of Brighton Beach is a small neighborhood with strong russian influences. This is Little Odessa, or Little Russia. Its name comes from the fact that, quite simply, many immigrants from Odessa came to settle there as early as the 40s.

You will also find a lot of Russian brands there, and I advise you to go for a walk there in order to completely escape the New York spirit. 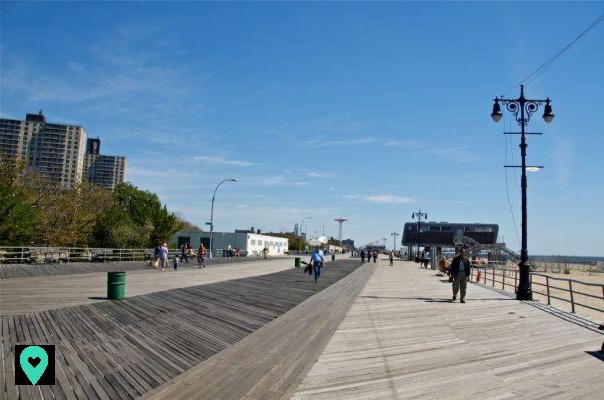 At the edge of Coney Island beach is the longest promenade in the world, that of Riegelmann. It spans 5 kilometers, and is very popular with locals who love to walk or jog. So put on your sneakers and go for it!


Next door is the Coney Island Aquarium. The latter holds more than 8000 species marines from all over the world! The establishment also organizes exhibitions on the theme of the sea, which can be of great interest to audiences of all ages.

The Mermaid Parade, or Mermaid Parade, takes place every year on a Saturday in June or July, and this since 1983. Its purpose is to celebrate the arrival of summer, quite simply.

During the Mermaid Parade floats and thousands of disguised participants parade, in the marine theme. So if you can, go check it out. You may well see sirens, fish, and other marine or imaginary creatures! An event to share with family or friends without hesitation!

If you are there in June you absolutely must do the Mermaid Parade which traditionally takes place on the last or penultimate weekend of June. The goal is to celebrate mythology by electing the most beautiful mermaid after parades in floats or cars ... 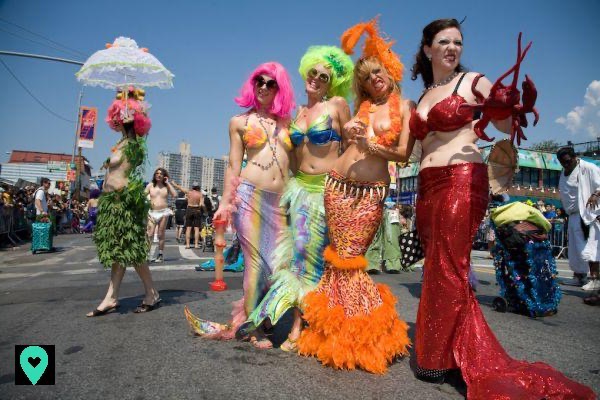 As you stroll the Coney Island Boardwalk, you will find the Peninsula Amphitheater. This is where many artists of all kinds regularly perform.

So take a look at the Coney Island Amphitheater website to see the programming to get organized.

You've probably heard of Nathan's Famous before, haven't you? If not, let me introduce it to you. It is an American chain of fast food, and more specifically of hot dogs. Open since 1916 in Coney Island, the establishment is known and recognized by locals. For some, the sign has also become a kind of tradition.

Also, Nathan's Famous owes its reputation above all to its annual competition of hot dog eaters. Yes, you read correctly. Like in the movies ! So if you can, attend this unique and 100% local show. It takes place on 4 July, independence day. The event starts at 11:30 am with the women, and continues at noon with the men.

Otherwise, settle for a hot dog with sauerkraut, ketchup and mayonnaise before setting out again to explore Coney Island. For that, go quickly to 1310 Surf Avenue Coney Island. 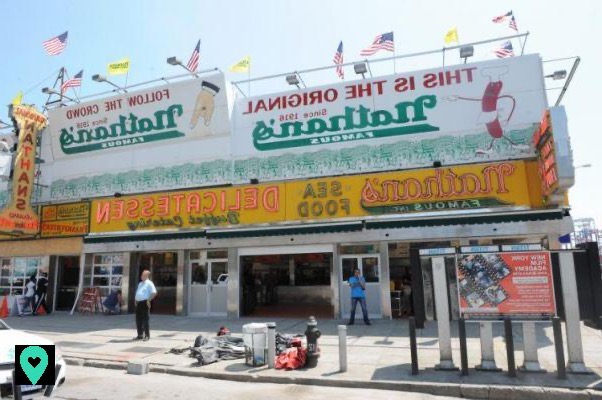 So, are you ready to discover New York's most beloved peninsula? You will see, you will have a pleasant and fun time. Especially if you are in New York with friends or family. In my opinion, this is one of the places to visit absolutely if you plan to visit New York with children. This will allow you to disconnect from the urban atmosphere of Manhattan for a day. And at the same time, you will have fun and discover new places.

Having said that, I advise you to prefer to visit Coney island on sunny days. Indeed, given that Luna Park is closed during the fall and winter, and the temperatures can drop terribly in New York… You might not enjoy the walk that much! Unless of course you want to walk on the beach in the snow. It can be very pleasant too, but in this case, bring warm clothes!

Going to New York with Your Kids: Everything You Can Do with Them ❯

add a comment of Coney Island in New York: its main attractions