Ground Zero Memorial in New York: all you need to know about this iconic place

What is the Ground Zero Memorial in New York? 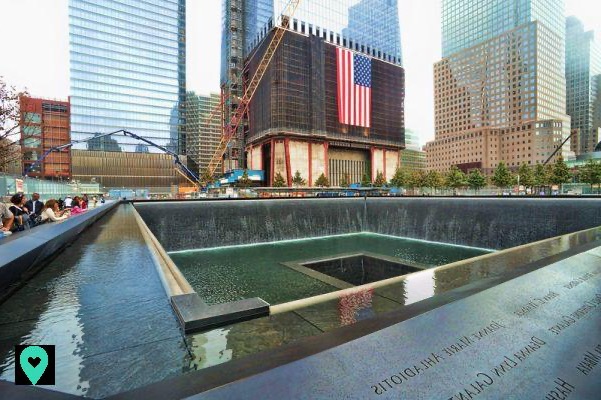 In addition to this, the place also holds a memorial and a museum, both dedicated to September 11. Then, some other buildings are still under construction. This is particularly the case of World Trade Center Performing Art Center, a center which will be dedicated to art. 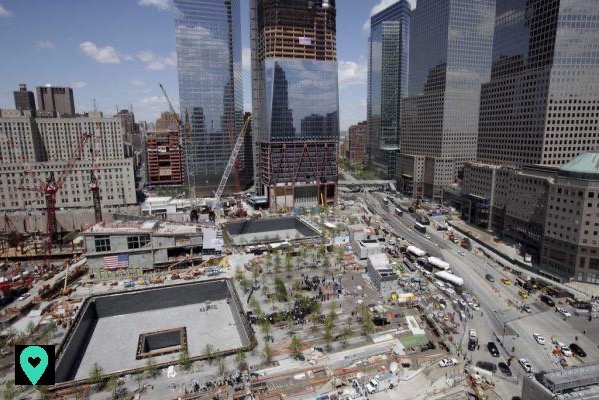 Ground Zero after the attacks

After the attacks of September 11, 2001, the place where the twin towers were erected was renamed the "Ground Zero", or "the cluster". This is where the debris of these sad events piled up, being consumed for months afterwards, despite the numerous interventions of the firefighters. Workers and firefighters worked for months at the site to clear away debris and human bodies.

Also, the metal debris was largely recycled for different purposes. Honeybee Robotics and its exploration mission to Mars are one example of projects that have benefited from recycled debris from Ground Zero. This is also how the last debris used to build the USS New York 5, American assault boat.

In addition, 50 tons of metal were transformed into pound coins very special. The latter, called the "World Trade Center Commemorative Medallions" represented the Manhattan neighborhood as well as the American flag, and were largely given to the families of the victims of the attacks. A iconic recyclingin short.

More than ten years after the September 11 attacks, New York City inaugurated the One World Trade Center, which I will discuss in my next paragraph.

It is the architect Daniel Libeskind which won the Ground Zero reconstruction competition in 2013. The latter thus proposed the construction of six new towers on the site of Ground Zero.

This is how in 2013, New York City celebrated the opening of its new tower and related buildings, such as the 11/XNUMX Memorial or Museum.

Construction of the One World Trade Center began in 2006 and was completed in 2013. Sometimes called the One World Trade Center, sometimes the Freedom Tower, it is now the tower. tallest in New York City, thanks to its 541 meters. Besides, do you know why it is not 540 or 550 meters, but precisely 541? Quite simply because if we convert to feet, that gives 1776 feet. And 1776, it is the year of independence of the country… Pal mal, as a wink, is not it? 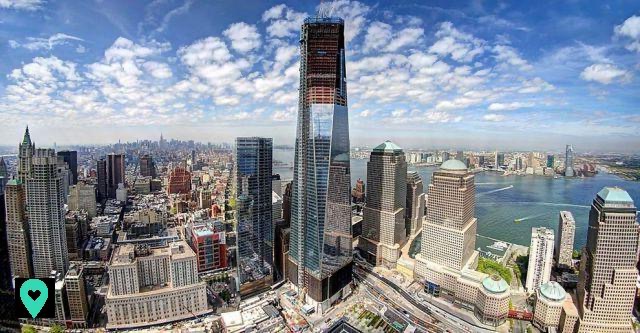 The One World Trade Center Observatory

I already told you about the great panoramic views from the Empire State Building or the Top of the Rock, right? Well, today I suggest you discover the view from the One World Observatory!

So climb to 102nd floor from the tower, and admire the splendid view of the Big Apple!

I already told you about the 11/XNUMX memorial. Called the "Reflecting Absence", it is a construction made up of two basins, invented by the architect Michael Arad. The two basins are located where the two twin towers stood. Also, the name of each victim of the September 11 attacks as well as the February 1993 attack is engraved on it.

Admission to the 9/11 Memorial is free, that's why I highly recommend you to go check it out. That said, be aware that the number of entries is limited. Remember to book your pass in advance, which you can then obtain once there.

This is an emotional time, but you won't regret it. Be respectful of the place, and meditate in memory of the many victims. Of course, do not hesitate to take beautiful photos, It's allowed ! And then, you will have the possibility of making a donation, intended for the maintenance of this memorial. 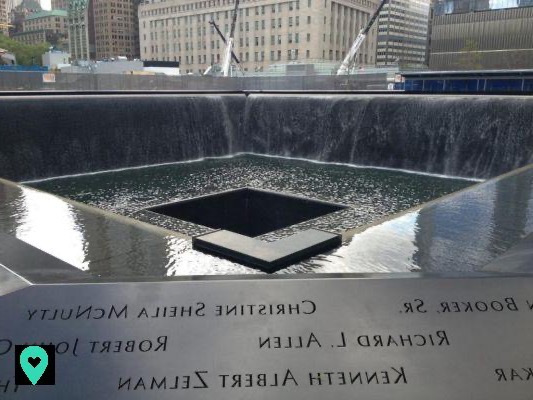 Located in the same location as the September 11 Memorial, the underground museum aims to trace the tragic events of September 11.

You will find there many relics, like a truck and firefighters' helmets, debris from the Twin Towers and many other objects of all kinds.

The museum also holds a « wall of faces », a wall where you can see the photo of each victim and collect yourself.

For information, the September 11 Museum is open every day from 9 a.m. to 20 p.m., and even until 21 p.m. on Fridays and Saturdays. As a sign of tribute, the museum is obviously closed on September 11. Its entry is included in the New York City Pass, which will save you 40% on the price of attractions (more information click here).

And if you have a New York Pass, know that you can enter it free of charge every day, from 14 p.m. 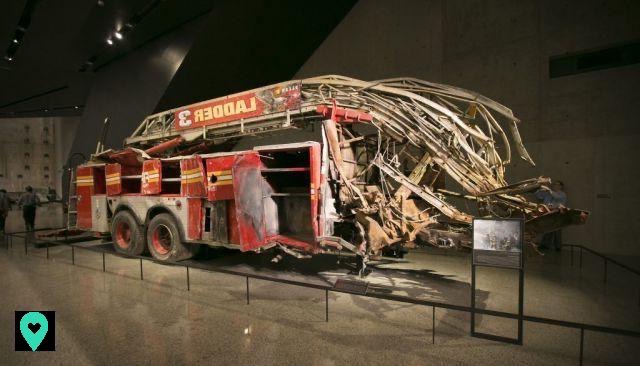 You now know almost everything about the Ground Zero de New York. Also, I really recommend you to go there, if only to see it with your own eyes. It is a true emblem of the city, and your visit to the Big Apple would not be complete without it.

So prepare in advance and book your passes as soon as possible, to save time and ensure your entry to the museum.

With that, I wish you all happy visits, and don't forget to check out the other great must-see attractions in New York City! And bring your camera to keep beautiful memories!

The New York Bronx: what to do and see in this neighborhood of NYC? ❯

add a comment of Ground Zero Memorial in New York: all you need to know about this iconic place