How long does the flight take to fly from Paris to New York?

Flight duration from Paris to New York: how long is the plane trip?

Between New York and Paris, the distance is 5 836 km, or 3 miles. Several airlines offer flights from Paris to New York, but on average, it takes 7h47 to reach the Big Apple from the French capital if the average speed of the plane is 805 km / h.

Note: for these times, the departure is at Paris Charles-de-Gaulle airport and the arrival at John Fitzgerald Kennedy International in New York. Of course, several companies offer flights to other New York airports: LaGuardia Airport and Newark International Airport. 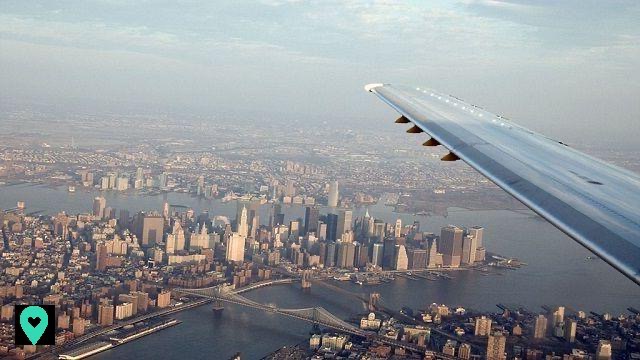 To this flight time, it is important to add 30 minutes corresponding to take-off and landing.

When planning your trip, don't forget to take into account the taxiing time at the airport, the entrance to the take-off runway as well as the arrival at the airport after landing.

A direct flight from Paris to New York therefore lasts 7 hours and don't forget that between these two cities, there are 6 hour shift.

Why is the outbound flight longer than the return flight?

If you've been to New York before, you might have found the return trip shorter than the outward journey. This is not just an impression! But why is there a time lag between these two flights?

The flight to New York from Paris takes longer than the reverse. In fact, a plane leaving from New York to Paris will put 45 minutes less in relation to an aircraft departing from the capital to land in NYC.

This difference is due to the earth rotation and wind which play an important role in the speed of the aircraft. Indeed, as you know, the earth turns on itself. Thus, as soon as a plane leaves for New York from Paris, the device will have to face the winds created by this famous rotation. 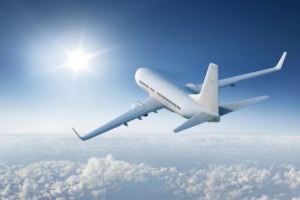 In addition, in the northern hemisphere, the winds are dominant from west to east and every day, the latter are increasingly strong: their speed can reach up to 200 km / h. Planes leaving from the United States to go to France therefore have every interest in using this air corridor to be "pushed" by these winds. In the case of a France - USA flight, the aircraft will be in the opposite direction of the winds and will therefore be slowed down by the latter, hence the difference between an outward flight and a return flight.


Because of these phenomena, an outward flight will therefore be longer than a return flight, because the speed of the aircraft will be influenced and will not be the same depending on whether you are traveling west or east.

From 10 - 16 kilometers altitude, planes must also face a new phenomenon: the jet-stream ou jet stream. The latter represent winds blowing from west to east and whose speed can reach 360 km / h. These winds are permanent and they are located thousands of kilometers from the earth's surface.

Thus, as soon as a plane takes this corridor and flies from west to east, it will go faster than if it moves in the opposite direction, from east to west.

Because of these different phenomena, it is therefore normal that the trip from Paris to New York is longer than in the opposite direction.

And here. You now know that a direct flight between Paris and New York lasts 7h47 on average. As you can see, several phenomena and factors (speed of movement, weather) can vary this duration. So be patient 🙂

Also, here is an article on the different ways to reach Manhattan from JFK airport. You will know how to reach New York once you arrive.

What to do in New York in June: key events and activities of this period ❯

add a comment of How long does the flight take to fly from Paris to New York?