Naples car park: where to park your car in Naples 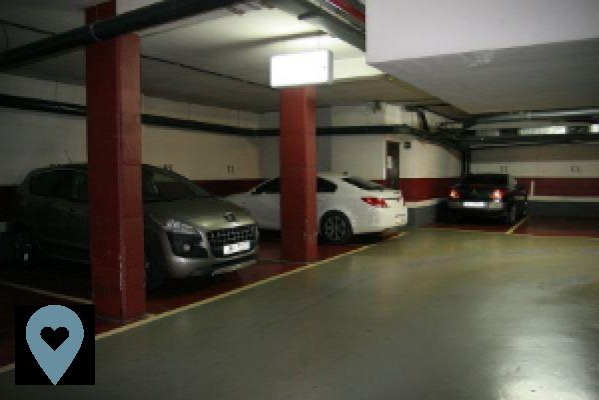 Where to park your car in Naples ? Inside what parking to park your car in Naples without going through the ZTL (Limited Traffic Zone)? Here are some directions to find a good parking in Naples. Note that I have also created articles to know what to see in Naples, where to sleep, where to go out ... But also information about Pompeii, Capri, Sorrento, Ischia, Amalfi, Positano, Procida ...


Here is the menu for this article that you can find on the right for the computer version and at the top for the mobile version:


1) Where to park in Naples

In general, parking in Naples is problematic, if not impossible. It is advisable to park in paid parking lots. Your car will be safer.

For example, you have the “Super Garage” car park (to reserve), in the San Ferdinando neighborhood, which has become a benchmark for all locals and tourists. This parking in Naples It is served by metro line 1, Tolendo stop, and offers a bicycle rental service. It is possible to reserve your place online (to reserve).

It is easy to find and is very well located in the center of the city without having to go through the prohibited areas. It was precisely in this car park that I left my rental car in Naples.

This car park was a stone's throw from my Napoli Class hotel, which was actually in a great location and unbeatable value for money.

2) In which area to look for parking in Naples?

The following car parks are also possible in Naples. However, keep in mind that the prices are not the same.


If you still want to try to park on the streets of Naples, you should know that parking meters cost 2 euros per hour.


Naples Super Garage Parking (to reserve) is really well located. Located 4 minutes walk you have the Napoli Class hotel that has an unbeatable quality / price ratio, I highly recommend it!

Well, because you are next to everything! You also have the yellow metro line (see map below) that passes through the essential points of Naples, although personally you can do it on foot easily, it is flat.

You also have the funicular that is right next door and that allows you to go up to the top of the Vomero hill to have a really magnificent view of the entire Neapolitan coast, look rather!

The funicular station is right next to the Napoli Class hotel. For those who like heights, the cable car takes you to the top of the Monte Faito It is a must.


As you can see on this map, the Funicular station that goes up Vomero hill is only 2 minutes from the Napoli Class hotel. and 7 minutes from the SuperGarage car park in Naples (to reserve).

Well, or you have rented a car at the airport, in this case GoogleMap or the Maps Me application (GPS without using the internet) is your friend.

It has two roads so it's up to you to see which one is less congested with traffic.

4) Get to the Naples car park from the airport by shuttle bus.

If you have rented a car in the center of Naples, you will need to take the line alibus (get the Alibus ticket), from the company ANM (Azienda Napoletana Mobilità), est le principal moyen de transport to the center of Naples from the airport. It is an independent shuttle, which therefore operates outside the Neapolitan network.

It serves in particular the stops at piazza Garibaldi (Naples central station), piazza del Municipio, Molo Beverello port (for Aliscafi / high-speed hydrofoils) and Porta di Massa (for the ferry). Most tourists choose to get off at piazza Garibaldi.

In fact, the train station is the junction point between several metro and bus lines of the metropolitan network, but also for the train! This first stop in piazza Garibaldi represents, therefore, an important point of the city.

/! A little more interesting aside, the transfer from the airport to the center of Naples is included in the Naples City Pass (link). By the way, on the Naples City Pass you also have skip-the-line access + ticket to Pompeii (and transportation to Pompeii) and you can explore the city with the hop-on hop-off Naples sightseeing bus.

Parking in Naples from the airport by taxi.

If you have rented a car in the center of Naples, you should know that taxi prices are around 20 euros depending on where you want to stop, but leave about 25 minutes. Up to four can fit in a car, which can help split the bill and lower costs.

You can also use a private driver, a good alternative for those who do not want to take a taxi (to book a private driver). He will be waiting for you in the arrivals hall with a sign with your first and last name.

You also have Ubber, which works in Naples, but the prices are easily increased.

It is very possible to rent a car in Naples from Naples airport. For my part, I booked on the Carigami.fr site.

However, you have to think carefully about its use during the rest of the stay, if you plan to visit Naples, Ischia and Procida, you are not interested. If, on the other hand, you want to discover the Amalfi Coast, with Sorrento, Amalfi, Positano ... Then I do advise you to rent a car!

And no, I didn't find it difficult to drive in Naples. I went in mid-August and didn't feel unsafe. So yes, there is traffic during peak hours, but it's the same as in France!

I don't really have a preferred agency, I personally use the Carigami.fr site when I want to rent a car. Here is my article when I rented a car at Naples airport.

Well there you go, I think you have all the keys in hand to find parking in Naples.

Where to sleep in Naples, in which neighborhood to stay in Naples

add a comment of Naples car park: where to park your car in Naples