New York and its weather: trends and best times to go to NYC 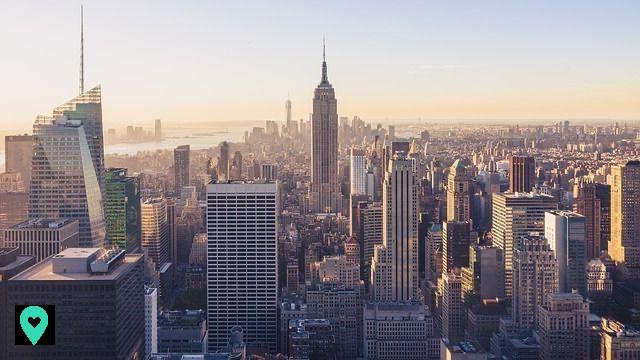 A few words about the climate in New York

In New York, the climate is humid continental, in other words that winters are wet and cold and punctuated by periods of frost and snow. In summer, it is also humid, but the weather remains hot.

Weather New York: temperatures and climate trends throughout the seasons

In winter, it is therefore cold in New York and snow is appearing. Sometimes snowstorms last for several days and there is often rain. Winters are therefore rough.

If you fly away during this season, you can still do interesting activities : skating in the middle of Central Park or at Rockefeller Center, enjoying the Christmas markets if you go during the holiday season, participating in the Chinese New Year if you discover New York in February, visiting the various museums of the city (MoMA, MET, Natural History Museum)… In winter, many activities await you despite the cold of this season! 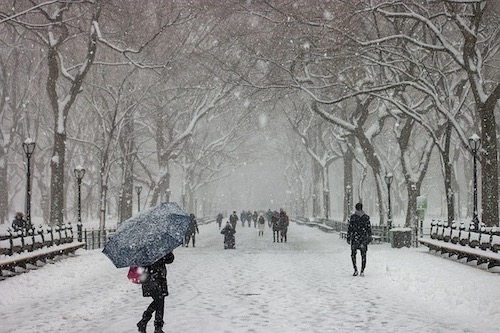 To make the most of your stay, it is important to bring suitable clothing: warm coat, hat, scarf, gloves, sweaters… Don't forget your umbrella either.

January and February are the coldest months with temperatures dropping below -18 ° C. Snowfall is also abundant.

In spring, temperatures are lenient and the morning frosts in March quickly give way to milder temperatures during the day. On the other hand, the rain is still there.


During your stay, you can stroll around New York, because it's neither too hot nor too cold. You will be able to walk around the city and discover its emblematic places such as Times Square, visit the different neighborhoods, enjoy the various New York attractions ...

If you plan to go in the spring, your suitcase will be lighter than if you decide to go in the winter. You can take sweaters, pants, mid-season jackets… and your umbrella so as not to be surprised by the weather.

As indicated, in March, the rain is at the rendezvous and the morning frosts quickly give way to mildness during the day. In mid-March, temperatures are around 10 ° C in the afternoon. In April, they rise to 17 ° C and in May to 22 ° C.

Summer is hot (even very hot) and sunny in New York. You will therefore be able to make the most of your stay and during this period, there is no shortage of activities! In addition, the days are longer, which makes it possible to do more things. Throughout the summer period, many shows are organized as in Central Park where Shakespeare in the Park and the Met Opera In The Park take place. During the summer, you can also visit the city aboard a bus Hop-On Hop-Off (open roof) which offers interesting circuits.

Summer is also a sales period in New York. In addition, with the heat, you will surely want to cool off for a little while. The shops are therefore ideal! 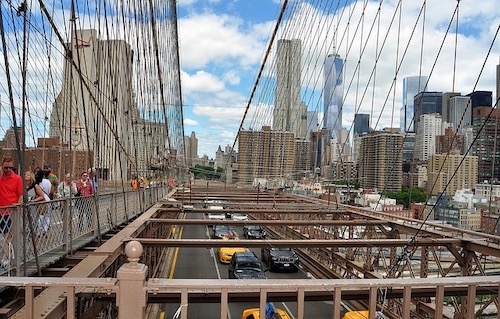 In your suitcase, slip light clothes such as T-shirts, shorts, tank tops, skirts… Do not overload your luggage; don't forget that these are the sales ...

In July and August, count 30 ° C on average, but it is not uncommon to exceed them. In addition, with a humidity level of 70%, the air can quickly become stuffy.

Between October and December, temperatures drop, but the weather remains pleasant.

If the fall is not wetter than the other periods, this season is perfectly visible, because the scenery of the city changes : the colors of the trees become shimmering and their foliage takes on a red and gold color. Just wonderful ! To make the most of this "new landscape", head to Central Park where you can take some great photos. Do not hesitate to stroll through New York up and down!

During this season a famous party also takes place: Halloween ! A large parade is organized for this event. During this parade, you will discover very surprising disguises. Music and floats are also on the program to celebrate this event as it should!

Autumn is also marked by Thanksgiving, another famous party!

For the more athletic among you, there is also the New York marathon which is held on the first Sunday in November.

Are you leaving during this period? Mid-season clothing is ideal. If you are chilly, take a scarf and a coat. In autumn, temperatures remain positive, but the weather can change unpredictably, think about it!

The 7 ° C (on average) does not prevent outings and short costumes for Halloween.

What is the best time to go to New York, depending on the weather?

Personally, I prefer spring and fall to go to New York. Between April and June, the first heat arrives and the vegetation begins to wake up. Between September and October, the weather is also pleasant, as it is neither too cold nor too hot. If these inter-seasons are the best times to go (in my opinion), note that the weather in New York can change at all : it can be sunny and hot, but it can also be cold and rain. So packing can be difficult.

If mid-seasons are my favorite, the best time to go to New York actually depends on you, your preferences and the activities you want to do once there: long walks, helicopter flights, exploring museums. ... If some people prefer to walk in the heat, others on the contrary like to cross the city in the cold and enjoy New York in the snow.

The best season to go therefore depends entirely on you!

Where to check the weather in New York?

To know the weather in New York, you can use the site Wunderground which shows temperatures, wind forces, precipitation, etc. Once on the page, you can also find the weather forecast by following these steps:

By using the Wunderground site, you will have a more precise idea of ​​what clothes to slip into your suitcase, as temperatures can be high one day and low the next.

New York is therefore a city with strong climatic contrasts, which makes it difficult to choose the right clothes when packing. When preparing them, use our advice and do not forget to consult the Wunderground site which will allow you to have an idea of ​​the expected temperatures.

Hamilton musical: how to attend this performance on Broadway? ❯

add a comment of New York and its weather: trends and best times to go to NYC