New York Police: Find Out All About the NYPD! 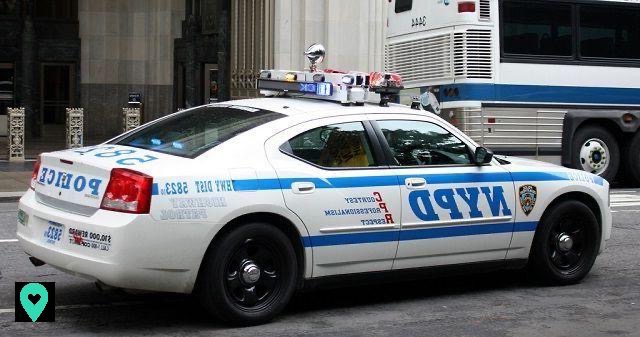 The New York Police Department acts on five districts of the city and its mission is to ensure respect for the law and to fight against crime and delinquency. He is also responsible for controlling vehicles and ensuring safety in the event of an accident.

In total, the NYPD is divided into 10 services, themselves divided into sections, divisions, units, patrols and brigades of inspectors. Specialized units also exist; they are under the authority of the chief of police, but not attached to a service.

Since 1993, NYPD officers have had 9mm caliber semi-automatic pistols. But those who returned before this year are allowed to carry a special 38 revolver and the majority of vehicles are equipped with shotguns. Tactical units also have automatic weapons.

Being a police officer in New York: a source of pride, but not only!

Being a police officer in New York is both a pride and a important responsibility. Indeed, police officers are confronted every day with delinquency, crime, drugs, violence and racism. It is therefore not easy to make "good" reign in New York, a city in perpetual turmoil.

Police New York: where to find it?

In New York, the police are easily spotted and found. Throughout the city, many offices are implanted. So you will easily find one if needed!

You can also dial 911 to contact her in an emergency and be aware that the New York Police have even opened their own Facebook page and website (http://www1.nyc.gov/site/nypd/index.page).

There is also a museum dedicated to the New York police: the New York City Police Museum, a museum founded in 1999 which traces the history of the New York police force and which invites you to discover "the wall of heroes" which pays tribute to the police officers who lost their lives during their service. The museum is located south of Manhattan Island.

Otherwise, you may meet several agents across town and if you come across one, don't forget to pose next to them!

How to take a photo with a New York policeman? 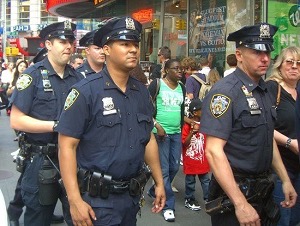 In New York, most tourists like to have their picture taken alongside a police officer. An original shot and which represents a good memory of his trip, don't you think?

It must be said that in France, the idea of to be photographed with a policeman does not occur to us, but in New York this is a usual thing! So as soon as they see a policeman, Americans and tourists rush to pose by his side, and the officers rarely refuse. But before taking a picture with a policeman, some rules must be respected :


All you have to do is pose with an NYPD agent! You will thus keep a nice memory of your trip to New York!

Some more information about the New York Police

The NYPD has more than 35000 agents. As stated, this is the largest workforce in the United States. To become a police officer in New York, you have to;

During their career, police officers can evolve and while some officers are in charge of traffic, others are present at events. The trades are therefore various and varied.

With this article, you now know all about the NYPD and where to find an agent if needed. During your trip, you will also meet NYPD agents and if one or more of them is / are available, don't forget to ask him / them if you can pose with him / them! You will leave with a nice souvenir!

Top of the Rock: the Rockefeller Center rooftop that will amaze you ❯

add a comment of New York Police: Find Out All About the NYPD!