Did you know that before becoming Spanish Harlem, this New York neighborhood was nicknamed "Italian Harlem"? Indeed, in the past, East Harlem was a neighborhood frequented by immigrants of Italian origin, but from 1930, many Puerto Ricans arrived in this district. The number of Italians is now minimal and at the present time, the Puerto Ricans are more than 120. Moreover, they are sometimes nicknamed " Nuyorican "Obtained from the contraction of" Puerto-Rican "and" New York ". Today Spanish Harlem is the largest Hispanic neighborhood from the eastern part of the United States. 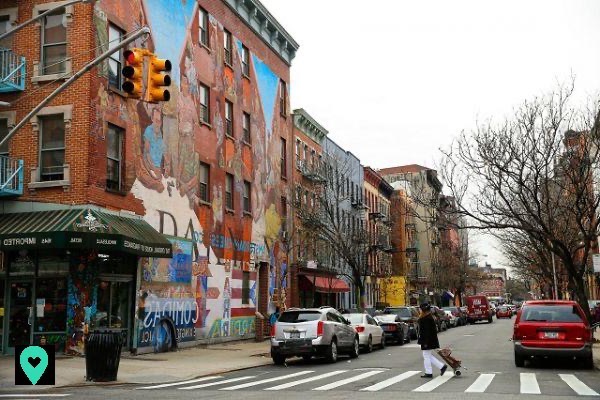 Formerly, East Harlem suffered from bad reputation and was the site of many drug deals. Violence was also pervasive. Today El Barrio has changed a lot and offers its visitors pretty parks, typical restaurants and shops. The district is also continuing its transformation by building new housing.

A neighborhood popular with artists

Spanish Harlem is a neighborhood that has attracted many artists like James de la Vega recognized for drawing in the streets, sidewalks and walls of El Barrio. Tito Puente, a Puerto Rican musician also lived in East Harlem just like Ray Barreto, a jazz greats or Julia de Burgos, a Puerto Rican poet. It was also in East Harlem that salsa was born.

What to do and see in East Harlem?

As soon as you arrive in Spanish Harlem, you will immediately notice the Latin culture influences : between the typical restaurants, the frescoes on the walls and the traditional shops, El Barrio will transport you! In the meantime, here's a rundown on the top things to see and discover on your walking tour of East Harlem.

The Museum of the Neighborhood

El Museo del Barrio was founded in 1969 and houses works and objects from the pre-Columbian period. This museum is the largest cultural space in New York which offers its visitors a permanent collection of works from Caribbean and Latin American artists.

Another interesting point: its entry is free!

Le Museum of The City of New York

Want to learn more about New York's history? For that, direction the Museum of The City of New York (1220 5th Ave & 103rd Street) north of the Museum Mile.

Note: the Museum Mile is a part of Fifth Avenue which concentrates many museums including the Metropolitan Museum of Art.

The Museum of The City of New York was founded in 1923 and houses collections of paintings, prints, photographs and drawings. Many objects (furniture, books, toys, etc.) are also on display in this place. 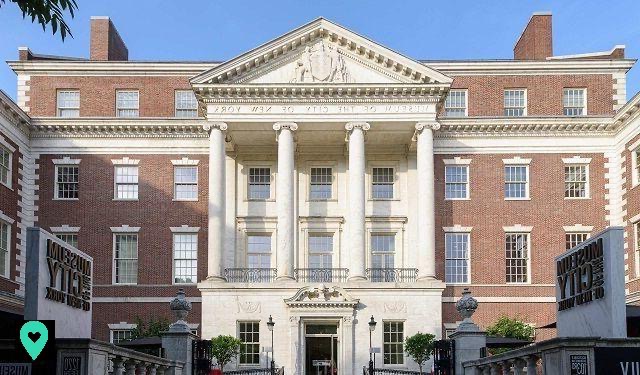 During your visit, you can also find collections from the navy, on the theater, a fire department and police.

The Museum of The City of New York has plenty of surprises in store for you and promises to amaze you!

A little tour of La Marqueta

Located in the heart of El Barrio, La Marqueta is a market where you can find many Caribbean, Latino food products ...

Here is an activity that will delight all visitors to Spanish Harlem: the discovery of murals retracing the history of El Barrio. Among the most famous, you can find "Las Dos Alas" (105th street 3rd avenue), "Espitiru" (at the corner of 105th street and Lexington avenue) or even "Estamos Todos Los Que Cabemos" (Madison Avenue 104th street).


What are the best restaurants in Spanish Harlem?

If you're feeling peckish while discovering Spanish Harlem, I advise you to go to one of the restaurants in El Barrio to eat a delicious dish.

So pizza lovers will be delighted at Patsy’s (2287 1st Avenue) or at Rao's (455 E 114th St), two restaurants that offer Italian specialties and delicious pizzas!

If you want to taste a Hispanic dish, I'll meet you at the restaurant Taco Mix (234 E 116th St) which offers a varied menu or Mexican Delights (2109 3rd Avenue) where you can taste good local specialties at an affordable price.

Spanish Harlem: where is it?

Spanish Harlem is located in the Manhattan neighborhood near Central Park, the East River, the Upper East Side and Harlem.

To help you locate El Barrio, here is a map:

You now know all the secrets of Spanish Harlem. During your walk, you will discover a unique atmosphere and a 100% Latin atmosphere. So, are you ready to conquer El Barrio?

Spend the New Year in New York: the best plans for an unforgettable evening ❯