What to do in New York in April 2019: activities and events not to miss 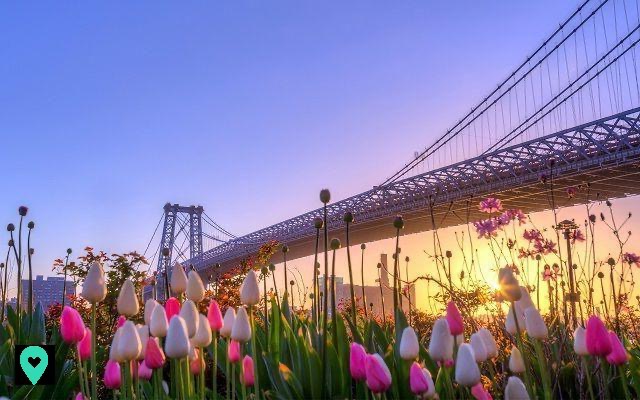 What will the weather be like in New York in April?

In April, temperatures are generally quite pleasant: between 7 ° C and 16 ° C on average. As the month progresses, temperatures also begin to gradually rise. Thus, at the beginning of the month, they will be cooler than at the end. Depending on when you are going, plan to wear warmer or lighter clothes. 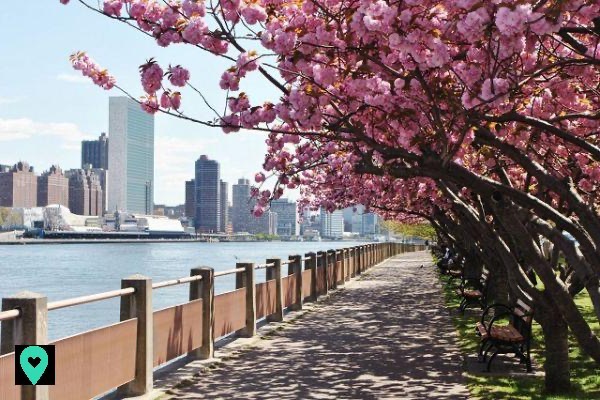 Note: in April, the rain can also be there. Don't forget to wear suitable clothes.

In April, the spring is also making a comeback: flowers are starting to bloom and the lawn is returning to its original color. So think about your camera, because the landscapes are simply magnificent!

What to do in New York in April: participate in the Easter parade!

On Easter Sunday takes place the great parade, theEaster Parade along Fifth Avenue between 49th and 57th streets from 10 a.m. to 16 p.m. For this day, New Yorkers put on their best costumes to celebrate the start of spring in joy and good humor.

For this parade, there are no floats or bands, but the disguises are worth a look: animal costumes, post-war costumes, flower hats… The costumes are all more surprising than the others. ! 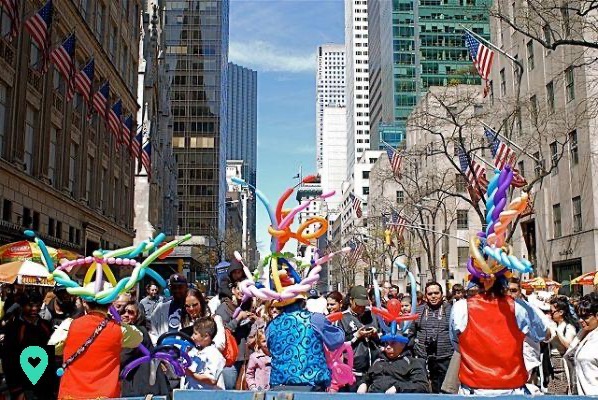 A word of advice: to get a better view of the parade, go to Saint Patrick's Cathedral.


Many people also visit the churches in the city and there is also an egg hunt in Central Park.

Le Tartan Day Parade will take place on April 6, 2019. Today is a holiday for all Americans of Scottish descent.

In New York, thousands of people come to Manhattan for fun. Bagpipes and kilts will be waiting for you on 6th Avenue. The show is worth a look!

From April 17 to 28, 2019 will take place on Tribeca Film Festival, an independent film festival created in 2002 after the attacks of September 11, 2001. Its objective? Give a second wind to the neighborhood financially affected by the attacks.

During this event, short films, family films, documentaries and many more will be on the program. Big names from the cinema will also gather for the event.

Earth Day is a free festival during which you will be able to see on stage dancers, singers, politicians, associations…, all gathered around the same idea: the preservation of the earth and ecology. Activities will also be organized to that young and old alike have fun. You can also buy organic products.


The race in tribute to the victims of the attacks

In April 2019, a 5 km run will be held in tribute to the victims of the September 11, 2001 attacks. The race will begin in Lower Manhattan, pass through Battery Park City and end at Memorial Plaza.

What to do in New York in April: this month's sporting events

Whether you are a basketball fan or not, I strongly recommend that you attend at least once a NBA meet. In New York, the two iconic teams are the New York Knicks and the Brooklyn Nets. The first plays at Madison Square Garden and the second in the Brooklyn neighborhood. Whatever team you wish to support, do not hesitate to reserve your seats in advance and directly online on the Superbillets.com site. Nothing prevents you from buying your tickets on the spot, but you will pay more for them and you will have less choice when it comes to location. Click here to order your tickets online. 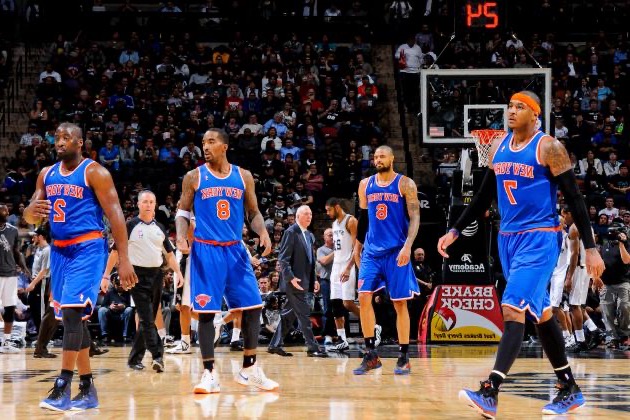 For more information, here is an article that explains how to watch an NBA game in New York.

While in New York, attend a baseball game is also to be expected. In April, many Yankees and Mets games are scheduled. To support one of these two teams, you are advised to order tickets on the internet on the Superbillets.com site. On this site, you just have to choose the meeting that interests you and buy your tickets. Your tickets will be sent directly to your mailbox or as a printable e-ticket. Simple and fast!

You want to go see a meeting of Friendly and support the New York Giants or New York Jet? Order your tickets directly on the internet on the Superbillets.com site!

In New York, the two teams of ice Hockey are the Rangers and the Islanders. If during your stay in the Big Apple, you wish to support one of these two teams, do not hesitate to consult the match schedule, to choose the match you want and to order your tickets on the Superbillets.com site, by clicking here.

What to do in New York in April: other things to do

In April, the weather in New York is mild and very pleasant. So, if you want to visit New York in an original way, I suggest you take a tour of bus Hop-On-Hop-Off. On board this tourist bus, you will be able to discover the city, its different districts and admire some emblematic buildings. During your walk, a guide will tell you about the history and some highlights of the monument and the neighborhood you pass through. Stops will also be planned during your tour. This will allow you to get off or stay on the bus.

Several companies offer bus tours, but the most famous is Big Bus. To reserve your place, go to the following link.

You can also explore the city by boat making a small cruise. This is very pleasant and allows you to visit New York in a different way. To find out more, do not hesitate to consult our dedicated article. 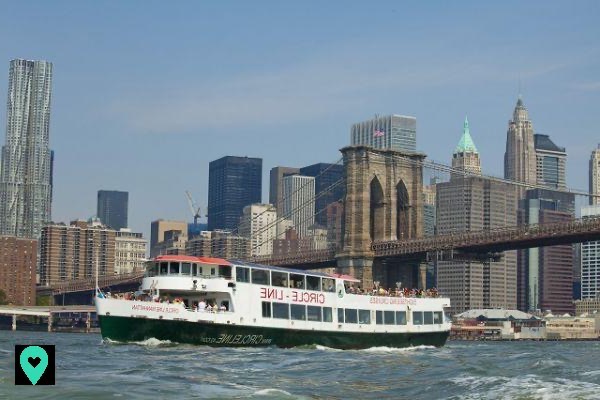 Finally, how about gazing at Big Apple from above? For this, opt for a helicopter tour above the city. To help you reserve your place, here is an article explaining the steps to follow.

Have fun at the amusement park

What to do in New York in April? Spend a moment at Coney Island Amusement Park. Open from March to October, from 12 p.m. to 20 p.m., this fun fair offers attractions for children, thrills and many more. Here, you can have fun and have a great time with family or friends!

Coney Island is also renowned for its beach. Take the opportunity to stroll!

Finally, if you are wondering what to do in New York in April, I advise you to go see a Broadway musicals. During the show, you will be able to see magnificent sets, resplendent costumes and a magical show! Among the comedies performed, you can find Cats, Aladdin, The Lion King… All you have to do is choose the show you want and book your seats for the comedy you want on the Superbillets.com site!

What to do in New York in April? You now have all the answers! Enjoy your stay in the Big Apple!

13 awesome activities to do on Sundays in New York ❯

add a comment of What to do in New York in April 2019: activities and events not to miss