What to do in New York in October? Activities and events not to be missed 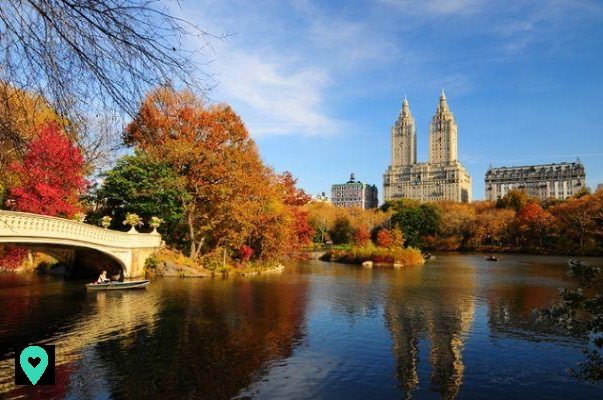 What will the weather be like in October in New York?

As in a majority of cities, in October, temperatures start to lower At New York. In general, the latter are between 10 ° C minimum and 18 ° C maximum. The rain is also making a comeback and sometimes the SNOW makes its appearance at the end of the month. Of course, you can have lovely sunny days.

As you can see, the weather in October is very variable. If you are planning to go to New York during this month, I advise you to be on the lookout for the weather and to pack your bags at the last moment. Anyway, don't forget to bring warm clothes with you, but also a little lighter.

As stated in the introduction, visiting New York in October is a great idea. Indeed, the colors of the trees are starting to change to give way to beautiful fall colors. Central Park, Manhattan's green lung, will become a postcard in itself. So don't forget your camera to take great pictures!

Le Columbus Day is a public holiday in the United States. It is celebrated every second Mondays in October (the 14th in 2019) to commemorate the discovery of America by Christopher Columbus on October 12, 1492. During this day, many activities are held in New York. Among them, there is the famous Colombus Day Parade during which groups, but also floats parade to the delight of spectators. In total, more than 35 people take part in this parade! 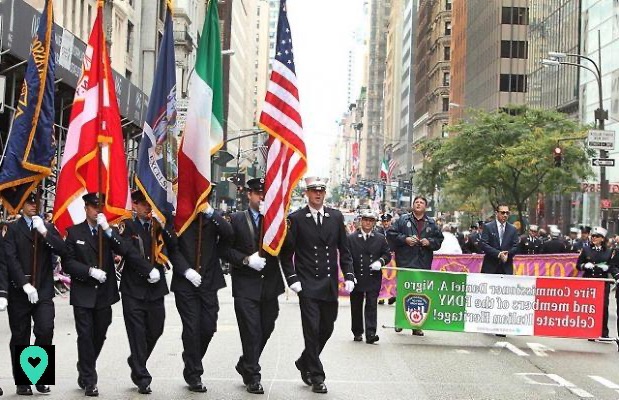 Otherwise, a mass will be held at Saint Patrick's Cathedral at 9:30 am to pay homage to Christopher Columbus.

New York in October: what are the different events on the program?

The feast of Diwali

In October in Times Square, the feast of Diwali, the traditional festival of lights specific to the Indian community. For this event, this community is meeting in South Street Seaport and Times Square to celebrate this event. During this day, dances, traditional songs, but also free concerts will take place. You can also stroll in the typical shops to discover Indian clothes, accessories or jewelry.

If you are in New York in October, feel free to participate in the week-end Open House New York, an event similar to the Heritage Days in France. During the weekend of October 12 and 13, you can therefore visit many buildings and historic monuments whose access is usually unauthorized. These buildings are located in the different neighborhoods of New York: Manhattan, Brooklyn, Bronx, Queens and Staten Island.

This event is very interesting in itself and allows every visitor to discover New York from a different perspective. In total, you will have free access to over 300 historic sites. 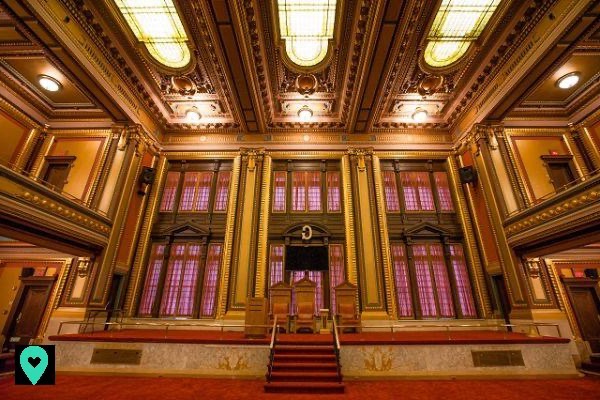 If you want to take part in the Open House New York weekend, all you have to do is check out the program, get to the venue at the indicated time and queue at the entrance. Besides, you will have to be patient, because this event attracts a lot of people. However, be aware that there is the Weekend Passport which will prevent you from queuing thanks to its skip-the-line function.

In October (dates not yet known), in the Lower East Side district, the pickle is in the spotlight! The Pickle Day, which takes place every year, is very rich in discoveries. Indeed, more than 15 professionals of the brine will make you discover their creations, but not only! Tastings, demonstrations, brining competitions and much more are organized. You can even prepare your own jars and present them to the jury!

Le Margaret Mead Film Festival is an event that will also take place in October at the Big Apple Museum of Natural History (dates unknown at the moment). This festival is one of the largest and oldest of its kind in the United States. During it, no less than 90 documentaries are presented. These cover social and political topics.

THEInternational Fine Art & Antiques Show is an ideal event for all lovers of art and antiques. Indeed, this huge fair is dedicated to the fine arts and the so-called decorative arts. You will be able to find many works of American and European artists such as paintings, sculptures, textiles, jewelry… If you wish, you can buy one of the wonders on display. This event takes place at the Park Avenue Armory. 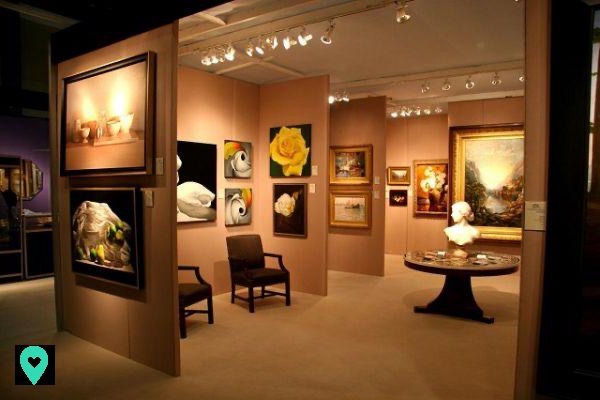 If you are lucky enough to be in New York in October, I can only recommend that you take part in theHalloween, and for good reason ! Celebrating this fear festival in New York is just fantastic! On the night of October 31 to November 1, many events take place. Among them there is the famous New York’s Village Halloween Parade between 6th and 21st ave. Every year, millions of people flock to see the extravagant costumes of all the participants! This parade is one of the most exciting moments of Halloween!

From 19:30 p.m., in the East Village district, the Theater for the New City also welcomes you for a colorful Halloween party! You will be able to participate in a costume contest, dance and much more! 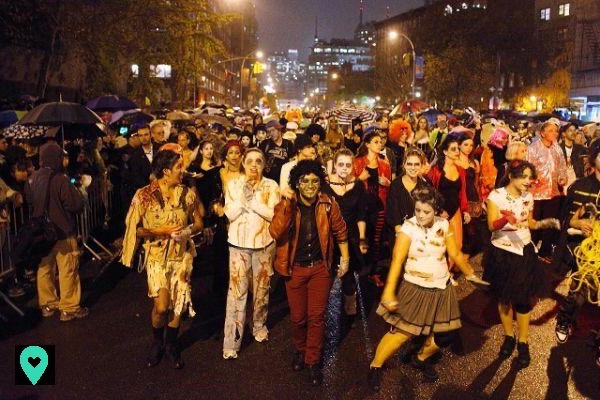 During this Halloween party, the children also don their terrifying disguise. Equipped with their bag, they go door to door to claim some treats from individuals.

New York in October: other events not to miss

If you're in New York in October, don't miss the New York City Oktoberfest, the Bavarian Beer Festival! The latter invites you to taste this typical drink, participate in parades and various activities.

Le New York Film Festival is also very interesting. It offers you to watch films by famous directors like Alain Resnais or Pedro Almodóvar. The films will be shown at Alice Tully Hall.

From October 3 to December 23, 2019 will also be held on BAM Next Wave Festival at the Brooklyn Academy of Music. During this festival you will be able to attend performances of music, operas, dance and plays. This cultural event is considered the most avant-garde festival of the Big Apple. If you would like to attend one of these shows, do not hesitate to reserve your place in advance.

Finally, the Crossing The Line Festival invites you to discover the previews of films, plays ...

If you are passionate about baseball or if you simply want to go see a match, know that in October many meetings are planned.

In New York, the two teams are the Yankees and the Mets. If you want to go and support one of these teams, all you have to do is consult the match schedule, choose the match that interests you and order your tickets directly on the internet. For this, I advise you to go to superbillets.com, the reference for ticketing sites in the USA where you will find your seats at the best price.

In October, the season NBA resumes ! The Knicks and the Brooklyn Nets are the two teams in NYC. If the first trains at Madison Square Garden, the second plays in the Brooklyn neighborhood. If you don't know which team to go see, know that whatever you choose, you won't be disappointed. The atmosphere is unique and the matches magical. Personally, I have a preference for The Knicks, just to see the famous Madison Square Garden.

Anyway, I advise you to book your seats online. I advise you to go through the famous superbillets.com which has the advantage of being in French and offering unbeatable prices. Of course, you can buy them on the spot, but be aware that they will be sold more expensive and that they will be difficult to obtain given the large number of people at the counter. For more information, do not hesitate to consult our article which explains in detail how to see a basketball game in New York. 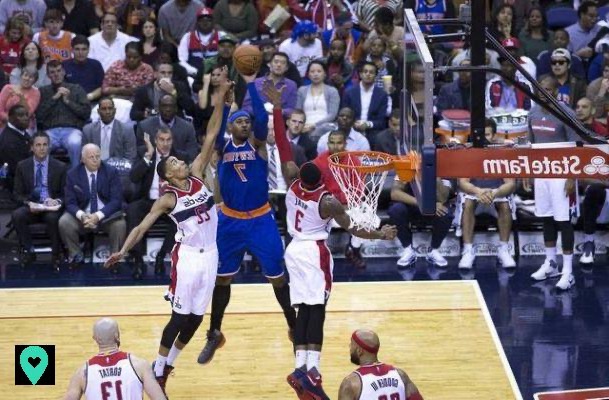 The two teams of ice Hockey from New York are: the Rangers and the Islanders. The first plays at Madison Square Garden and the second in Brooklyn at the Barclays Center. If you want to support one of these two teams, I advise you to go ahead and buy your tickets online. You will be able to receive your tickets directly at home or in the form of an e-ticket. Simple, fast and effective ! Here again, we have dedicated a full article if you want to attend a hockey game in New York.

Le football is also one of the flagship sports of the United States. Again, if you want to attend a meeting of the New York Giants or New York Jets, do not hesitate to reserve your seats online on superbillets.com!

Finally, participate in a meeting of Friendly also deserves a quick glance! In New York, two teams are in contention: NY Red Bulls or New York City FC. As with other sports, remember to book your seats in advance directly on the internet!

Other things to do in New York in October

To go to the ice rink

From the end of October, two ice rinks appear in the middle of Central Park : the Lasker Rink and the Wollman Rink. If the first is dedicated to ice hockey, the second is ideal for family moments. Do not hesitate to participate in this outdoor activity. Skates can be lent to you and if you wish, lessons are even organized. 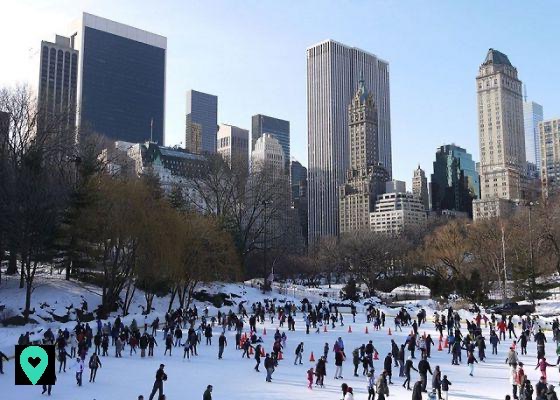 La Bryant Park Ice Rink, a stone's throw from Times Square, also opens at the end of October. Located in the heart of the park, this skating rink is very large and its entry is free.

Admire the colors of Central Park

Of course, walking in the middle of October in Central Park is essential. The landscapes are simply sumptuous and the fall colors are magnificent. So don't forget your camera to take pictures. Also, I advise you to go there on a sunny day in order to make the most of your moment and to take even more beautiful photos.

Whether you are a couple, family or friends, attending a Broadway musical is highly recommended and for good reason! You will be able to admire sumptuous sets, grandiose costumes and above all, you will be able to enter the temple of musicals and theater. 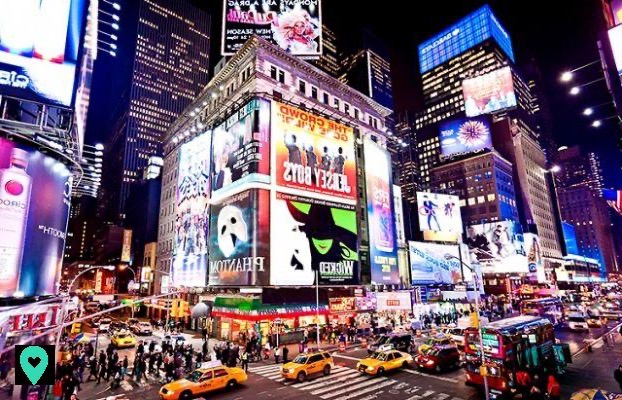 Many shows are on the bill (The Lion King, Aladdin…). So you can choose the one that interests you and have a good time. To reserve your seats, it is best to go through the superbillets.com site where you can choose your show and pay directly online.

And here. You now have everything in hand to have a pleasant stay. As you can see, there is no shortage of activities in October in New York. You will always find something to do! I wish you a pleasant discovery of Big Apple during this fall period!

Bronx Zoo: a tropical day for the whole family! ❯

add a comment of What to do in New York in October? Activities and events not to be missed