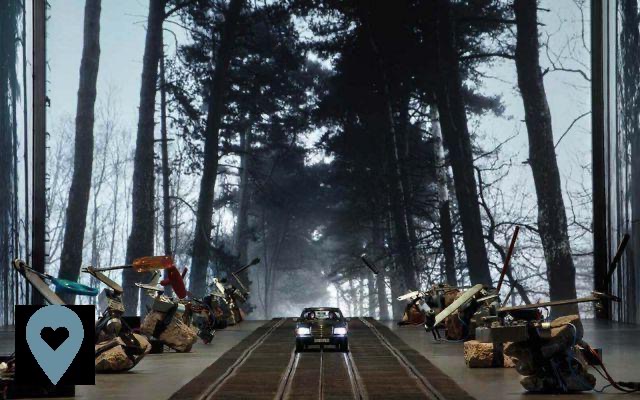 The beloved Sónar Festival of Barcelona is back on 18 20 in June with the 2020 edition, the 27th, which will give us shows with a parade of world-class artists!

SONAR has promised this year to surprise their fans to become the world's most creative music festival!

Sonar's real name is Festival of Advanced Music and New Media Art and as you may have imagined, it is a festival based mainly on new trends in the electronic music, bringing together established artists and new proposals.

The specialty of the house is sound quality and the crazy special effects of theLighting. In short, material for demanding people. The first edition dates back to 1994 and has always been held in Barcelona, ​​although several sessions take place in more than 30 countries.


If you are not a fan of electronic music but you come to Barcelona during the Sonar era, see what else to do in June in Barcelona here.

The 2020 edition is scheduled for the long weekend from June 18 to 20, just over a month after the other great festival in Barcelona, ​​Primavera Sound, closes.

New for 2020 and the most interesting proposals

Let's start by telling you the artists announced for this 2020 edition!

A few words about the artists the most famous: The Chemical Brothers, the English duo arrives at Sónar 2020 to present their latest audiovisual show.

There is also the only exclusive concert of 2020 that the French duo The Blaze, who has achieved great success with his incredible videos and euphoric electronic sounds; then there is the arrival of the swedish dj and the progressive producer Eric Prydz. The return of the project to the festival Slowly, directed by James Murphy and 2manydjs, also deserves a special mention.

2020 will be the year of the return of Ark In the sonar of the night Today's most radically innovative electronic music artist presents an exclusive show. Other exclusives will be the expected return of the Tel Aviv phone and the new show of Masa walls, one of the most exciting artists on the British scene today. In the same wave, we must also add the electronic duo emo-folk Resounding and the return of TNGHT.

Exclusively will be some of the most important British MCs of the moment: David (Revelation 2019 and winner of the prestigious Mercury award) and AJ Tracey, captivating author of the famous "Ladbroke Grove". For more underground rap, there will be the beginner Headie One, which will be preceded by the DJ set of Behavior, one of the kings of the United Kingdom.

For those who are impatient, I suggest you start listening to the official Sónar 2020 playlist.

Here you will find the complete list of artists and some information about the genre they offer.

As for the tickets, you can buy them online. I highly recommend not venturing there without your already purchased tickets. You don't want to have a long, tiring line in the crowd, in the middle of your hangover!

These are the main options available to you (these are the lower prices that you will find in the market):

How to get to Sonar

The party is celebrated in two places different from the city. Here is a list of the different means of transport to get there:

The afternoons of the Sónar Festival take place at the Gran Via Fair (L'Hospitalet). Is a immense structure, like an industrial hangar, with several rooms. You have several options to access it:

It is located at the Montjuic Fair, in Plaça Espanya. It can be easily reached with the metro lines L3 or L1, stop in Espanya.

For the fifth consecutive year in parallel to the Festival, Sonar + D will be held, a meeting for professionals of creative digital culture.

Take place from June 17 to 20 at the Fira de Montjuic, dans la zone Sonar by day.

The current topics of this edition will be: Creativity, technology and business. If you are interested in this event, you will find more information on the dedicated website.

Learn more in the comments below.

Yes, I may have prepared you for Sonar Barcelona 2020, but there is probably something missing: if you have any comments or questions about your vacation in Barcelona, ​​leave me a comment below.

Also, don't be afraid to join the discussion on my new Facebook group called I'm Going to Barcelona. Here you can ask questions, voice your complaints, chat with other travelers and more - anything goes!