All the essential information for your trip to New York 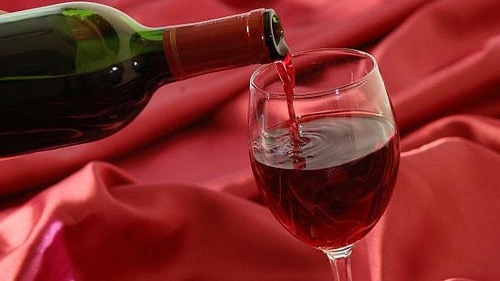 New York City has since passed a law to raise the legal age for buying tobacco and cigarettes from 18 to 21, becoming the first major US city to take such action against youth smoking. Therefore, if you are under 21, and you smoke in the street, you may be in trouble with passers-by but also get a fine.

As in France, it is prohibited in all public places: train station, restaurants, bars, nightclubs, hotels, beach… and even recently in parks (centra park, sunset park…) From one American state to the other, the law may be different.

In New York City, cigarette taxes are also the highest in the United States, at $ 5,85 per pack, which puts the price of a pack of cigarettes at around $ 12.

Like tobacco, you have to be 21 years old (Law enforcement is more or less strict depending on the state, but in New York we don't laugh! Whether you want to order a glass of wine in a restaurant, a beer in a bar or buy a bottle at the liquor store, you will be required to show your white paw (your ID). Worse: if you are under 21, after 21 p.m., no entry into places that serve alcohol, including including restaurants

On the other hand, you should know that it is forbidden in the United States and especially in New York to drink alcohol in the street. So if you want to do it, it must be hidden otherwise you risk a fine. Only in Las Végas is it allowed in the United States.


Information on your identity document

When we travel, we understand a little better why foreigners consider us tight-fisted. Indeed, in New York, there is a strong tip culture in several domains. Tipping is a requirement in most restaurants and bars in the United States. In New York, you are more or less forced to pay it when you are served. But the percentage varies considerably depending on the industry.

The minimum tip is 15% of the total addition, so you have to pay for it with every meal.

However, if you feel that the service is not satisfactory, you can dispute it by asking to speak to the manager. You should know that the waiters are paid mainly thanks to tips. So you will see that they do everything to be perfect for you….

In most stores, almost all of the sales staff are helpful and smile, you will also find that often the salesperson will give you their first name in order to create a more intimate atmosphere. It's their way of dealing with customers, which is ultimately quite pleasant.


Information on pharmacies or drugstores:

In the United States, if you catch a small virus type: cold, cough, sore throat, gastro, avoid going to the doctor, the prices are excessively high. In New York, the "pharmacy" are not simple pharmacies as can be found in France. You can't just find drugs in American pharmacies. Rather, these are mini markets where you can find medicines of course, but also food, drinks, frozen foods, cosmetics, office supplies, toilet paper, cleaning products ... Yes, so you can do all your shopping in pharmacies 24 hours a day, they are open day and night 24 days a week. But the prices are still a bit high for my taste.

I have shared with you all the information and tips to know during your adventures in New York. Remember that in the United States there is a different culture and mentality, so don't be surprised ...

10 things to do in New York for lovers ❯