New York in September: activities to do during this time 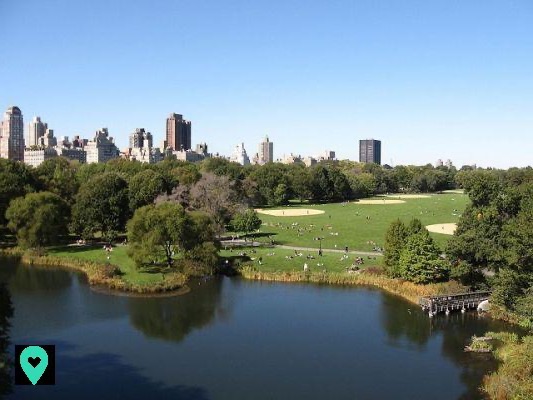 What's the weather like in New York in September?

In September, the beautiful days and the sun are still present in New York. During the day, temperatures are douces et lenient and these can reach up to 24°C on average and go down to 16°C about. Unlike the months of July and August, the evenings are more fresh. So don't forget a jacket to wear on your night out walks. 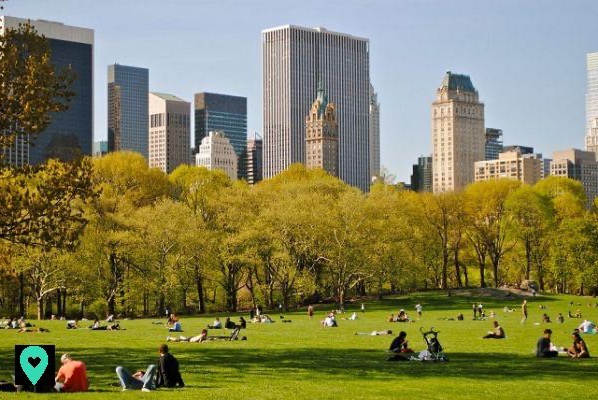 Going to New York in September is therefore a good idea to escape the heat of the summer period, but also the crowds of tourists. Indeed, in addition to benefiting from a favorable weather, you can enjoy your stay away from the world, visit the emblematic sites serenely or stroll through the streets and famous neighborhoods quietly. So be careful, I am not saying that there are no tourists in New York in September, but that it is generally more "quiet".

During the month of September, you will also have the opportunity to walk in the heart of Central Park and why not, enjoy a little boat trip. If you want to explore the city, you can also take a Hop-On-Hop-Off bus for a little open-top ride! Whatever your desires, you will always find something to do!

Le Labor Day is a labor Day which takes place every year at the end of the summer period in the United States. She is celebrated on first Monday in September and is similar to our French May 1st. During this public holiday, schools, administrations and most businesses remain closed. But if you are in New York during this time, rest assured. Most of tourist attractions, like the MET, the restaurants and stores remain as for them open.

What to do during this famous Labor Day?

During the day of Labor Day, you can do many activities. You will have the possibility to visit the famous New York museums for a small cultural visit or to go to Governors Island where you can enjoy the gardens and admire the lovely views. This island located just 5 minutes from Lower Manhattan is also a good alternative if you want escape the urban crowd from New York.

A little while at Central Park is also an interesting activity on this national holiday. For example, you can picnic in the middle of this park and enjoy the rays of the sun on the green lawn of this place. It is also a good opportunity to mix with the locals who take advantage of this day to recharge their batteries with family or friends.

Otherwise, go to the Brooklyn neighborhood for the West Indian Parade. Here you can find stalls where snacks are sold, listen to music and admire professional dancers. 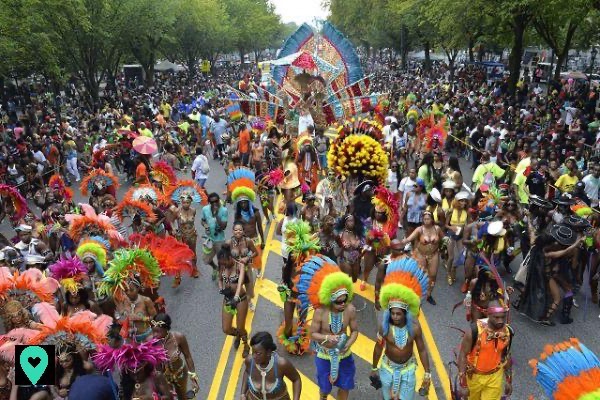 If you are in New York at the beginning of September, don't miss the Labor Day Parade. The latter takes place at 10 a.m. on Fifth Avenue (at 44th Street and up to 72nd).

Nicknamed by Americans 9/11 or September Eleventh, the Patriot Day ("Patriots' Day") is a day of national commemoration with the aim of paying homage to all the victims of the attacks of September 11, 2001. This tribute has taken place every September 11 since 2002. During the morning of this day, a ceremony is held at Ground Zero during which 6 bell rings are heard (these correspond to the hours of air crashes and collapses of towers). The relatives of the victims, rescuers and politicians read the names of all the people who lost their lives in these attacks and a minute of silence is also organized.

Cultural events to do in New York in September

If you are in New York in September, do not hesitate to take a little trip to Washington Square in the district of Greenwich Village for the Washington Square Outdoor Art Exhibit. This event will take place on September 1 and 2 as well as on September 8 and 9. During this event, you will be able to find a hundred artists who have come to exhibit their works in the open air. 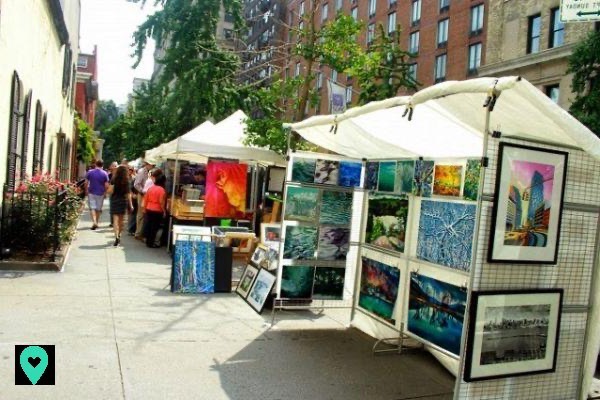 Please note: this exhibition takes place at University Place. It begins on 13th Street and will extend to the eastern part of Washington Square Park.

In September (exact date still unknown) will take place on Brazilian day, also known as "Little Brazil". This colorful carnival will be held on 46th Street in Times Square. During this event you will have the chance to live in a 100% Brazilian atmosphere. Music, typical restaurants and Brazilian shops will open their doors to make you have a good time. Change of scenery guaranteed!

This year, the Crossing The Line Festival will take place from September 17 to October 12, 2019. This festival is organized by the Alliance Française de New York in partnership with cultural institutions. If you are in New York during this period, do not hesitate to take a little tour! You can discover the previews of films, exhibitions, plays and more.

In September (dates not mentioned), you can attend the San Germano festival in the Little Italy district. This religious holiday is the oldest and most important for the Italian community. San Germano, the patron and protector of Naples, is celebrated in New York for 10 days by Italians. For this event, a festival marked by a large parade and a street party takes place. During this 10 day period, more than a million people flock to the streets of Little Italy and Mulberry Street to celebrate this patron saint.

During this festival, many activities are organized. You can enjoy a dish in one of the restaurants in Little Italy, participate in games organized especially for this festival to try to win a prize, listen to music sounds and much more! You can also taste local specialties sold in the streets (ice cream, tiramisu…).

If you want to participate in this party, know that it attracts a lot of people on weekends. I therefore advise you to go there during the week and / or in the evening. 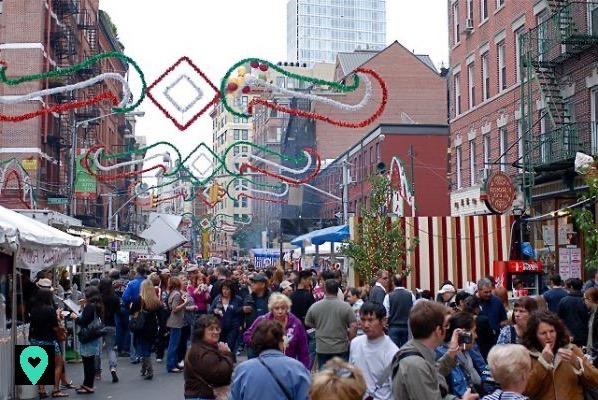 In September, we celebrate Bavarian beer in New York! The feast of the New York City Oktoberfest takes place over 3 weekends during which you can drink this typical German drink, eat grilled meats, participate in entertainment and attend parades.

In September (dates not confirmed), theAfrican-American Day Parade will invade the streets of Harlem. The latter will extend from Adam Clayton Powell Boulevard to 136th Street. For this day, music (soul, reggae…), but also traditional dances of the African community will take place.

Organized by the Lincoln Center Film Society, the New York Film Festival will begin on September 27 and end on October 13. This event highlights famous directors such as Pedro Almodóvar or Martin Scorsese.

Like every year, theUS Open Tennis takes place in New York. This Grand Slam tournament lasts for two weeks, from August 26 to September 8. If you wish to attend one of the meetings, I strongly advise you to book your places in advance directly on the internet. To do this, watch the matches taking place and select the one (s) you want. Then choose your seat and order your tickets. Once purchased, you can receive them either in your letterbox or in electronic form (e-tickets). 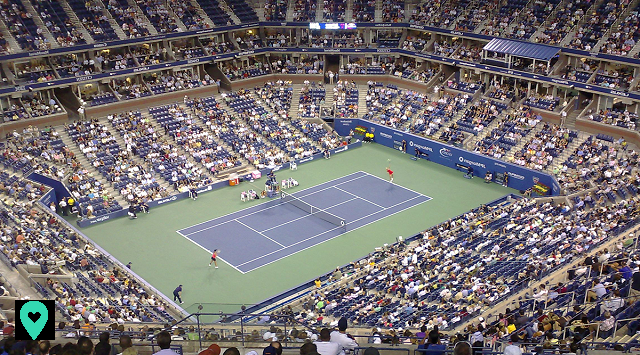 If you are worried that your tickets will not arrive on time, rest assured. These are sent on time.

If you're in New York in September, why not catch a baseball game? In New York, two teams dominate: the Mets and the Yankees. You will be able to see famous players confront each other and experience the magical atmosphere that reigns in each match.

The season of football resumes in September. If you want to go support one of the two New York teams (the New York Giants or the New York Jets), book your seats on superbillets.com. 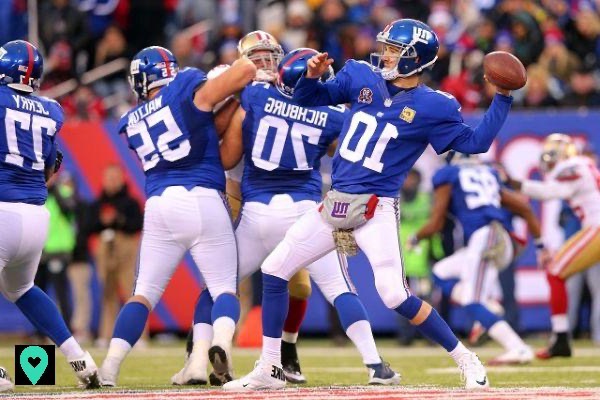 In New York, different matches of Friendly are organized. Attending one of these meetings is definitely worth it. To support the NY Red Bulls or New York City FC, book your seats online!

What are other things to do in New York in September?

As noted at the start of this article, temperatures are mild in September. You can therefore go to Coney Island to stroll along the beach. The latter is very nice and very clean. Moreover, if you are brave, do not hesitate to dive in the waters of the Atlantic! Otherwise, you can still enjoy the sun on the sand!

Coney Island is also renowned for its Luna Park, a fun fair open from March to October between 12 p.m. and 20 p.m. in general. Here, you will have the chance to enjoy many family attractions, thrills ... 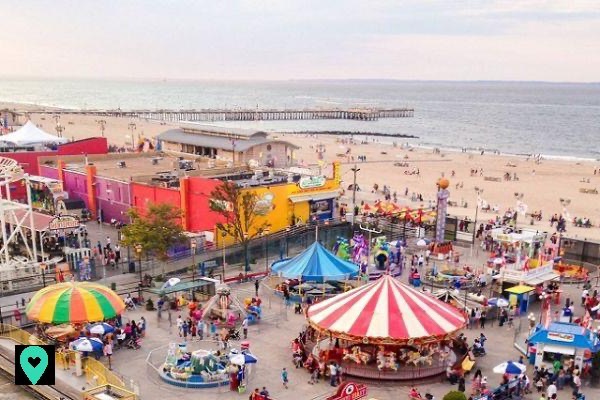 - bus Hop-On-Hop-Off are tourist buses that offer different routes. According to your desires, you can thus discover the main monuments of the Big Apple or even take cruises. You will ride in an open-top bus, in comfortable seats and you will also be able to listen to a guide telling you the history of the neighborhood or the building you pass through. If you are planning a little Hop-On-Hop-Off bus tour, don't forget your camera!

The most famous company is Big Bus and you can book your tickets directly online by clicking here.

The weather being good, a small junior cruise course is also a good idea to discover the city differently. This is also very nice.

A little detour to Broadway

Finally, if you are in New York in September, I can only advise you to go see a musical on Broadway! See our dedicated article for more information. 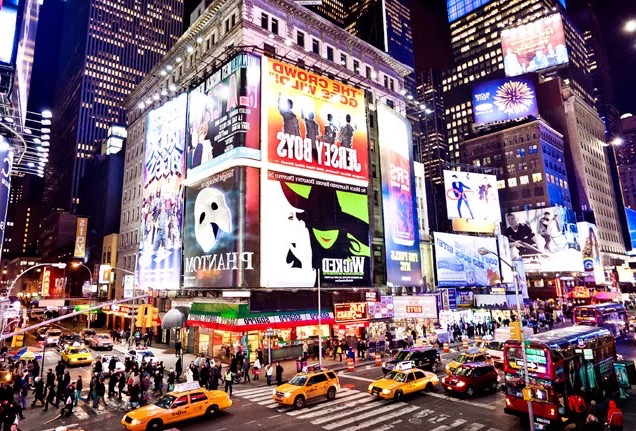 If you are going to New York in September, you now know what to do during your stay. I therefore wish you an excellent discovery of Big Apple!

Why are the fire sirens in New York breaking our ears? ❯

add a comment of New York in September: activities to do during this time