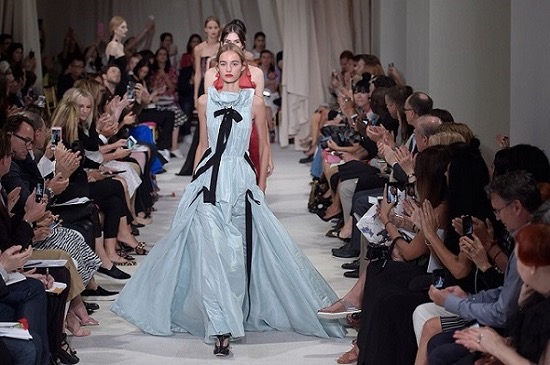 What is Fashion Week?

Fashion Week is a flagship event in the fashion industry. This event takes place twice a year in several cities around the world and lasts about a week.

But what is the goal of Fashion Week? This event allows couture houses and stylists to present their new collections to the public, the media and future buyers. In total, there are “four major Fashion Weeks” (nicknamed the “Big Four”): London, Paris, Milan and New York. These Fashion Weeks are therefore the most prestigious. Like the others, they take place twice a year and the collections are unveiled to the general public by season: autumn-winter and spring-summer.

The history of Fashion Week began in Nineteenth century : Charles Frederick Worth, a couturier considered the father of haute couture and Fashion Week, worked at Gagelin, a textile auction house. Gradually, he decided to present his creations directly on mannequins and invented the concept of " living mannequin "; a concept that was incredibly successful.

A century later, when France no longer had time to deal with the influence of fashion because of the Nazi occupation, New York decided to take over in 1948. It was Eleonor Lambert, a figure in the world of fashion and advertising who took charge of the mission. Its goal ? Shine a light on American fashion.

Four years later, it was Italy that decided to embark on the adventure followed by another fashion capital: London.

New York, Paris, Milan and London are therefore the most important Fashion Weeks today and it is no coincidence!

New York Fashion Week: when and where does it take place?

New York Fashion Week takes place twice a year: in February and September (September 6-14 this year) and is held in the Crowne Plaza Times Square Manhattan (1605 Broadway, New York, NY 10019). During this event, you will be able to first discover the new collections of designers, great couturiers, but also young talents. The new trends of the season will also be revealed to you; enough to put you in your eyes!

For New York Fashion Week, the pieces presented are magnificent and sometimes atypical. While the models parade, you can also take a photo all the collections you like and enjoy the music which harmonize perfectly with the creations of the various designers. During this event, everything is well organized to make you live a magical moment and so that you make the most of Fashion Week.

So make yourself comfortable and let yourself be transported into the magical atmosphere of New York Fashion Week. Admire the beautiful pieces presented and let yourself be inspired by the collections of great couturiers such as Mireille Dagher, Marco Marcu, Nedret Taciroglu or Laura Williams.


Where and how to buy tickets for New York Fashion Week? 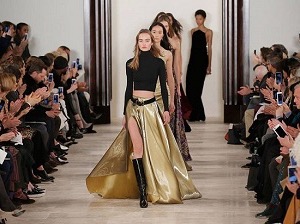 Do you want to attend this famous event? Do you dream of seeing haute couture pieces? Rest assured ! To buy your tickets, it's very easy! Indeed, the Crowne Plaza Times Square Manhattan opens its doors early in the afternoon so depending on the time of the parade, appointment in advance to buy your entrance tickets (approximately 20 minutes before the start). Your seats will be assigned to you directly at the entrance.

You can also order your tickets online on the Fashion Week website (http://fashionweekonline.com/new-york/tickets).

New York Fashion Week is a highly anticipated event every year! An essential place to admire magnificent collections, Fashion Week will amaze you! So, choose your trendiest outfit, take your camera with you (it would be a shame not to immortalize your participation in this event) and let yourself be transported into the magical atmosphere of New York Fashion Week!

Other practical information: the best guides in New York to get your bearings.