TOP 15 of the most beautiful songs about New York 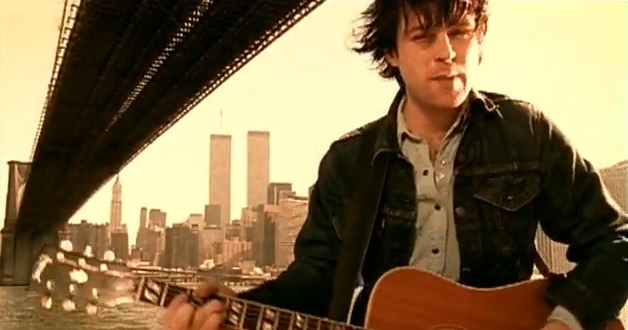 New York song: top 15 of the most beautiful melodies dedicated to Big Apple

When we talk about a song about New York, Frank Sinatra's lyrics immediately come to mind. Mythical and probably title the most emblematic of the Big Apple, this song was first interpreted by Liza Minnelli before being taken over by Franck Sinatra two years later in 1979. The latter took over the music and modified some lyrics. This song “New York, New York” will appear on his album “Trilogy: Past Present Future”.

In this song, rapper Jay-Z, duet with Alicia Keys, also talks about the New York Knicks and New Jersey Nets teams. "Empire State of Mind" therefore immerses us in the current New York and even if we have heard it a lot, we never tire of this duo which works wonderfully!

Years after its release, everyone remembers this music which made more than one dance! Barbra Streisand is a very nice tribute to New York that we love to listen to!


4- New York, I love you but you’re bringing me down – LCD Soundsystem

With this song, the group LCD Soundsystem offers us a nice stroll in New York on a melancholy piece.

5- Down And Out In New York City – James Brown

In his song, James Brown remembers his old life. Released in 1973, this song about New York is a real funk song that we never tire of listening to!

In her song about New York, Madonna expresses his love for the city and for the state of mind that reigns there. The lyrics also refer to the President of the United States appointed at that time. This song “I love New York” was produced and composed by Madonna herself and composer and producer Stuart Price. It comes from the 10th album of the singer "Confessions on a Dance Floor". We let you listen!

Large French group, Telephone takes us to New York with its title "New York with you" released in 1985. Words known to all and lively music, we always take as much pleasure to listen to this song which has not aged since its release!

Formed in 1976, rock band U2 rose to fame thanks to the worldwide success of their albums. Among their songs, the group sang "New York", a hit that describes the people and the city in a picturesque way. The lyrics were written by Bono, a band member who also doesn't fail to highlight the city's multiculturalism. Here is what it gives:

Appeared in 2001 on the singer's album "Gold", the music video for this song was shot facing the skyline from the Brooklyn Bridge four days before the terrorist attacks of September 11, 2001. At the end of the video, a message in tribute to those who lost their lives during this tragic event appears. We let you discover in the clip below.

In their song about New York, the American hip-hop group talks about his affection for New York (the members of the group are from Manhattan and Brooklyn) and the attacks of September 11, 2001. In their video, the group takes us to the heart of the city! So click on "play" and travel to the rhythm of music and images!

"Englishman in New York" is a famous song that explains the difficulties encountered by an Englishman in integrating into New York life. In the clip, Sting is featured on the streets of the city. Released in 1987, this song has been covered by several singers over the years. Quickly discover the clip and let yourself be carried away by the melody and the singer's voice!

13- Living for the city – Stevie Wonder

In his song about New York, Stevie Wonder tells the story of a young black man from Mississippi looking for a job and who decides to join New York to live a new life. But after arriving at his destination, he is arrested and sentenced to 10 years in prison for committing a crime. “Living for the city” was released in 1973.

If you want to go back to 70s New York, listen to this song by the American rock group New York Dolls. Originally from New York, this group goes back years with their song "Subway Train" released in 1973 and which invites you to take the New York subway, less safe than today. So, are you ready to jump into the 70s and get on this form of transportation?

Released in 2014, this song was the promotional single from the singer's fifth album "1989". In this song, Taylor Swift pays homage to his hometown, but if some consider this melody as catchy, others on the contrary do not share this opinion and find it boring. So what will be yours when you listen to it?

All you have to do is enjoy his songs about New York and let yourself be carried away to the rhythm of the sounds and words!

Here are also the top 20 stars you may come across in New York City.

New York museums: which ones to visit? ❯