Central Park: a haven of peace in the middle of Manhattan 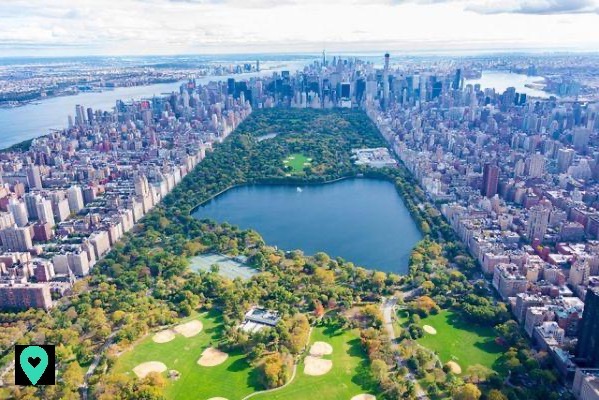 The history of Central Park

Created in 1857, Central Park is the largest park in Manhattan. This first landscaped park in the United States was created following the will of the New Yorkers who wanted a green space in the middle of the city. Indeed, New York was a city already very populated in the years 1800 and faced with this overpopulation, the State decided to acquire a fallow land to build a park there. 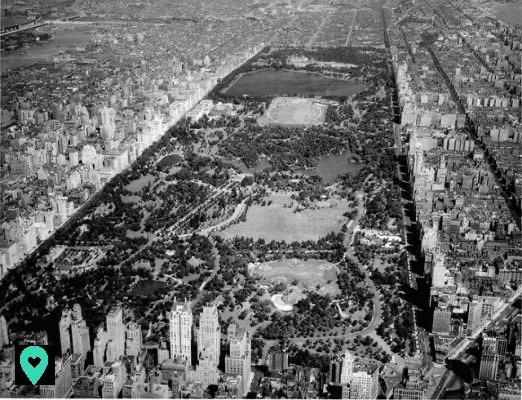 Several plans were considered, but it was those of Frederick Law Olmsted and Calvert Vaux that were retained. The construction of Central Park was a large-scale construction site from start to finish: more than 200 people worked to develop it, 000 trees and shrubs were planted, paths, alleys were also created for pedestrians or horses and 500 lanes were installed for allow the crossing from east to west of the park. A lake has also emerged. In total, the works lasted the 19th anniversary.

When Central Park opened, many people flocked to experience this park right in the middle of the city. Quickly, Central Park became the new yorker recreation center. Faced with such enthusiasm, the Central Park Zoo and the MET also opened their doors.

Today, Central Park has become a new york city emblem. Very large, this park extends over 341 hectares (about 6% of the total area of ​​Manhattan). As of today, Central Park has 9 benches, 000 lakes, 7 bridges, 36 fountains and more than 40 million visitors per year! Many animals (squirrels, marmots, rabbits, etc.) also delight visitors.


Where is Central Park located?

The full address of Central Park is: 14 E. 60th St., New York, NY, 10022. It is bounded on the east by Fifth Avenue, on the west by Eighth, on the north by 110th Street, and south by the 59th. Among the unmissable buildings of New York, you can contemplate the Empire State Building and the Chrysler Building to the south of the park. To the east and west, you can find the districts of the Upper East Side as well as that of the Upper West Side and famous places such as the Museum of Natural History, the MET or the Guggenheim Museum. To the north, you can find the Harlem district. 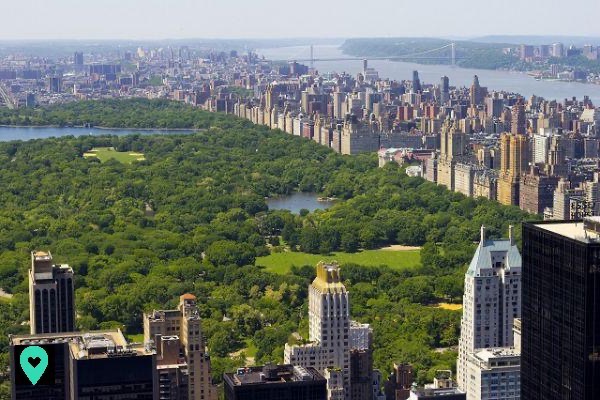 What to see in Central Park?

Central Park is a place full of things to see and discover. Here is a small selection of my favorite places in this park.

Le zoo located in the middle of this park, will delight young and old. Here you can discover monkeys, polar bears, penguins and many more! They all live in Central Park to the delight of visitors. For children, the Children’s Zoo welcomes them to introduce them to sheep, goats, cows… The zoo is open from 13 pm to 16 pm in winter, from 30 am to 10 pm in summer and from 17 am to 10 pm on weekends.

Zoo Address: East Side between 63rd and 66th Street.

What could be better than a lush green lawn to relax and rest? For that, direction the Sheep Meadow on the West Side, from 66th to 69th Street. Here, you can lounge and / or picnic while enjoying a magnificent view of the famous New York buildings. It is also on this lawn that the outdoor cinema takes place every year!

The Great Lawn is another lawn right in the middle of Central Park. The latter will delight sports enthusiasts since baseball, basketball and other equipment for practicing a sporting activity are gathered here.

Le Belvedere Castle is another place to admire during your walk in Central Park. This neo-Gothic style building will amaze you. It was built on top of Vista Rock, the second highest point in Central Park. It is located on 79th Street, in the middle of the park, near Turtle Pond.

This name may mean something to you and for good reason! The Shakespeare Garden is a beautiful landscaped garden where you can find many plants, also mentioned in the works of Shakespeare. Near this garden, you will find the Delacorte Theater, the theater where the Shakespeare in the park event takes place every year between June and August. 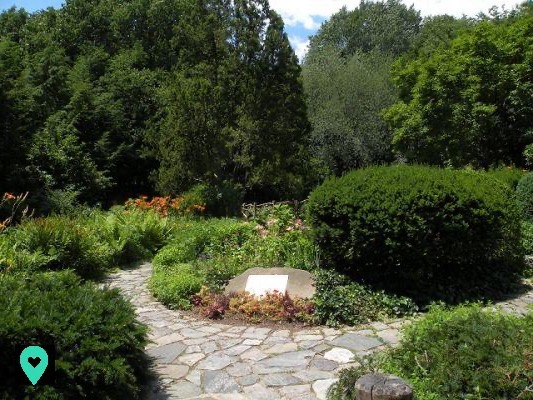 Address: West Side between 79th and 80th Street.

La Bethesda Terrace is considered the heart of Central Park. If you have the opportunity to go there, do not hesitate to climb its stairs to admire a magnificent view of The Great Lawn. Once back down, you will be able to listen to musical tunes from traveling artists. The Bethesda Fountain, nicknamed Angel of the Waters is a pretty fountain located in the middle of the square and famous around the world.

Are you a fan of architecture? So head for Naumburg Bandshell, the only neoclassical-style building in Central Park! Built in 1923, it is a kiosk with an atypical shape: that of a shell. Here concerts are played. Otherwise, many visitors take the time to admire its incredible architecture. 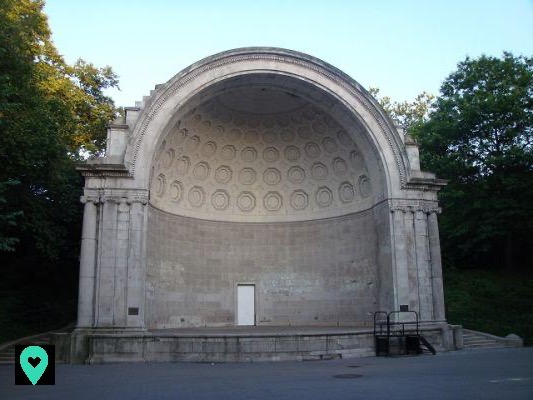 Nicknamed the 'reservoir', the  Jacqueline Kennedy Reservoir is a large body of water and it spans almost the entire width of the park. Its name was given in tribute to the wife of John Fitzgerald Kennedy1 (35th President of the United States), Jacqueline Kennedy-Onassis who lived nearby.

Few people know it and yet! In Central Park there are five waterfalls. These are places of zenitude and tranquility where it is pleasant to spend a moment. To get there it's best to go through the west side of the park at 102nd Street and follow the Loch (towards 106th Street).

The fauna and the flora

Of course, Central Park is a place where you can meet a multitude of different animals : more than 270 species of birds, squirrels, rabbits, raccoons ... 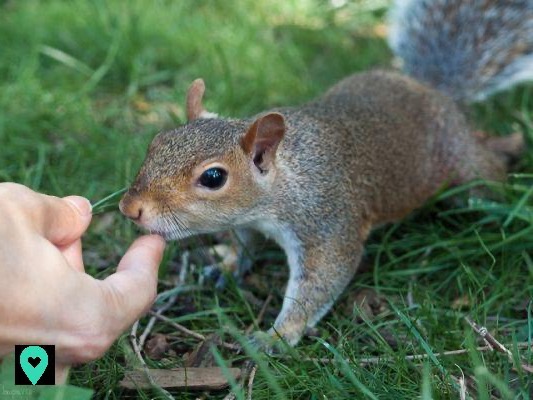 You will also have the chance to contemplate many varieties of flowers and plants arranged among the 500 trees planted.

Central Park: Things to Do!

Central Park has a bicycle path, lakes, playgrounds, courses for running ... Whether in spring, summer, fall or winter, this park offers many activities to its visitors. Here is a quick overview of the latter depending on the time of year.

Between the April and June, Central Park is in bloom. The leaves of the trees reappear and the flowers offer spectacular displays of color.

Note: Central Park is maintained throughout the year by the park's gardeners.

From April, the beautiful days are also starting to be there. Locals and tourists therefore take the opportunity to play sports, have a picnic, walk in the alleys of the park ...

In summer, many activities in Central Park. Whether during the day or in the evening, you will always have something to do!

During the day, you can enjoy the sun to sunbathe or have a picnic. You will also have the chance to relax and explore all the riches of this park. 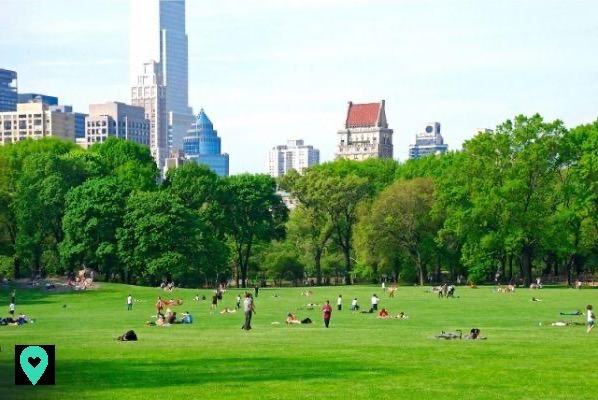 In the evening, the cultural events are not lacking in Central Park. Thus, if you are in New York in June, July or August, you will have the opportunity to participate in the Met Opera in the Park (from June 15 to August 30) or the Shakespeare in the Park (from May 23 to June 18 and from July 11 to August 13). Their entry is free. Enjoy it!

Central Park in the fall

In the fall, the colors seen during the summer period in Central Park begin to change to yellow-orange. If you're in New York this season, don't forget to take some shots of the park!

Despite the cold, in winter, Central Park is magnificent! The landscapes are magnificent and if the snow does appear, do not hesitate to go sledding and / or cross-country skiing.

Also, from the end of October until the month of March, two ice rinks settle in the middle of the park: the Lasker Rink (West Side, 110th Street) dedicated to ice hockey and the Wollman Rink (59th Street and 6th Avenue) for family moments. If ice-skating tempt you, know that you can rent skates and attend ice-skating lessons. 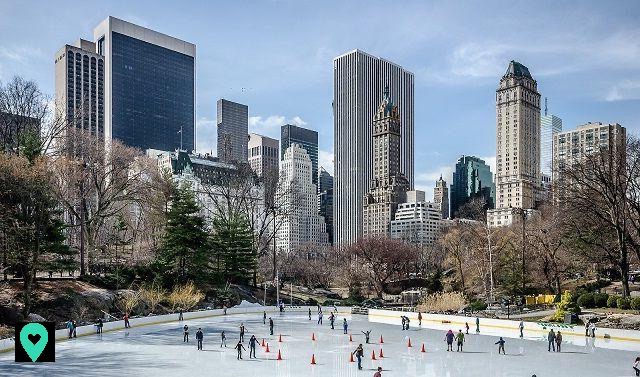 How to get around Central Park?

This is a fundamental question, because as stated before, the park covers 341 hectares! Of course, you can explore it on foot, but be aware that other options are available to you.

It is an interesting solution which allows to survey the park in depth. Also, I advise you to book your bike. You will be able to benefit from an attractive price and above all you will be assured of having a bicycle at your disposal. There are many bicycle garages near Central Park. For my part, I recommend those of CentralParkSightseeing which offers good quality bicycles and the equipment necessary for a good ride (lock, helmet, basket). Baby seats and tandems are also available if needed.

Un boat ride in the heart of Central Park… here is an ultra romantic option! This solution will allow you to discover the park from a different angle. If you want to hire a rowboat, the price is $ 15 for an hour. 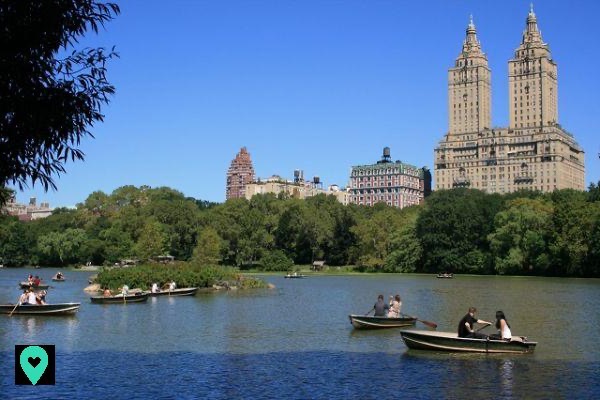 It is an original means of transport for walking around Central Park. On a bike taxi, a maximum of two people can be transported. If you wish to hire a bicycle taxi, it is recommended to book it in advance.

Here is another original idea to visit Central Park: horseback. You will be accompanied by a guide who will go through small paths. If you are not a fan of this activity, rest assured! Even if you have never ridden a horse, this activity is completely safe and above all very pleasant!

La Central Park guided tour is very interesting and will allow you to know more about this famous park. For 2 hours, a guide will tell you about the history and evolution of the park. He will also share with you some crisp anecdotes about this emblematic place.

As you may know, Central Park has appeared in numerous cinematographic works. During this guided tour, you will have the chance to discover filming locations such as the Boathouse Cafe, the Bethesda Fountain or the Wollman Rink.

This tour is run in small groups (maximum 25 people) and it starts at the corner of West 56th Street and 6th Avenue.

Where to eat in Central Park? 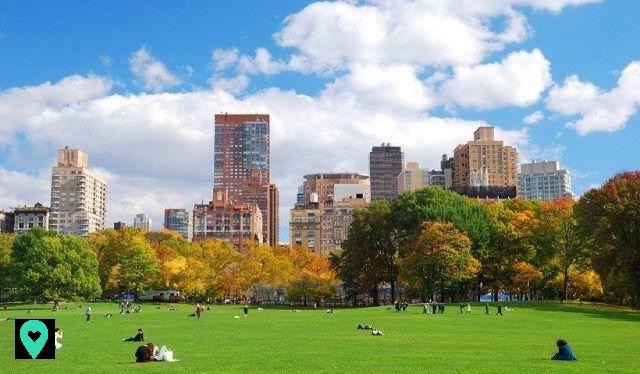 What is better than picnic on the grass of Central Park to mingle with the locals? The picnic is in my opinion the most pleasant option. Sitting on a towel and with your basket, you can enjoy a moment of tranquility in the open air! Also, you might be lucky enough to meet some curious squirrels, who knows?

If you don't want to have a picnic, you can always go and have a good meal in a restaurant. For that, I recommend the restaurant The Loeb Boathouse Central Park located near the lake which offers a relaxed and chic atmosphere. The cuisine is rather European and the dishes served are plentiful. 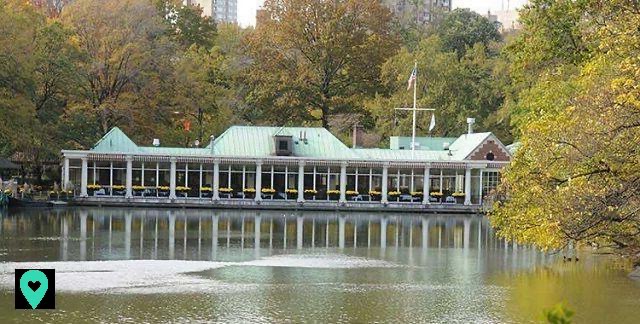 Where to take pictures in Central Park?

Taking photos is a must during your walk in Central Park! For your shots to be successful, here are some preferred places :

And here. You now know all the essential information about Central Park, New York's green lung! It only remains for me to wish you a good stay and a good discovery of this very rich place!

add a comment of Central Park: a haven of peace in the middle of Manhattan