Visit the Empire State Building: info to admire New York from above 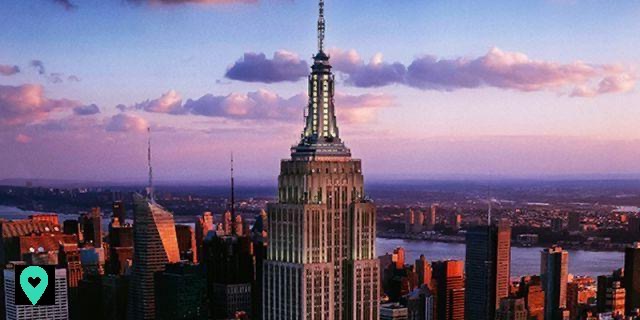 What is the Empire State Building?

First of all, here's a quick reminder of what the Empire State Building really is and its history.

The history of the Empire State Building

Located between 33rd and 34th Street and on 5th Avenue, the Empire State Building is a 103-story art deco building. The latter has become a true emblematic monument of New York City, which every tourist must visit.

Its construction began in 1930, at the same time as the Chrystler Building. A year later and for 40 years, the Empire State Building becomes the tallest building in the world, from the top of its 381 meters.

He even wins 66 more meters in 1950, where he was added a radio and television antenna. Indeed, the building accommodates offices of television and radio stations, as well as other commercial offices.

Since then, the Empire State Building has been talked about a lot, especially in certain films and series such as Friends, King Kong, How I Met Your Mother or Gossip Girl. 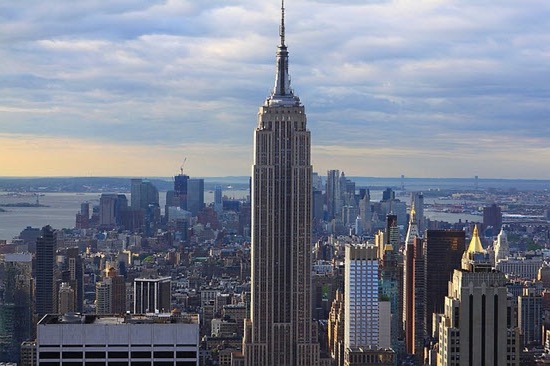 For many occasions, the Empire State Building displays different colored lights. This is particularly the case during theIndependence Day, where the monument is adorned with red, blue and white.

During the Christmas period, the colors are in red and green tones, and the colors change again during sports matches or other occasions.

Do not hesitate to visit the website of the Empire State Building to know the current colors and their meaning. 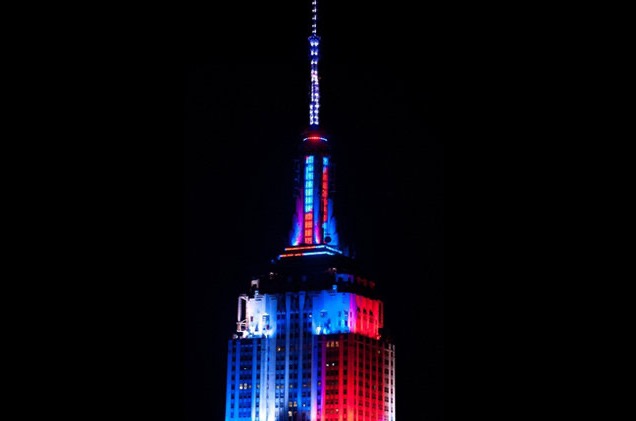 The Empire State Building in a few figures 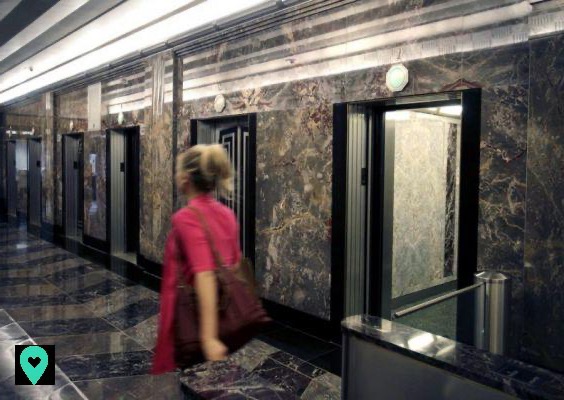 Also, it would appear that the lightning rod of the Empire State Building is struck down about twenty times a year!

Regarding the offices it hosts, this exceeds the number of 10,000!

Anyone who visits New York must visit the Empire State Building, it is a must-see that will leave you with wonderful memories in your head.

Also, you can visit floors 86 and 102, where the two terraces open to the public are located. Access to the 102nd floor will cost you a little more, but the view is clearly inimitable. You will see the whole city there, but also 5 states in total! It is very impressive.

And then, if you're traveling to New York with kids, go visit Skyride! The latter is a flight simulator with which you can fly (virtually, of course) over the city. It will of course appeal to young and old alike. 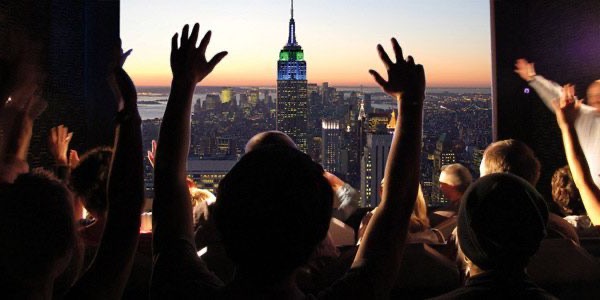 Finally, if you are interested in architecture and construction, then go visit thedesign exhibition of the Empire State Building. The latter is on the 80th floor, just before the first public terrace. It is free if you have a ticket to access the 82nd or 102nd floor.

Open every day of the year and 8 am to 2 am, this leaves you a wide time slot to go and enjoy the view. Note, however, that the last ascent is 45 minutes before closing time, at 01:15 a.m.

Le ultimate good plan ? Go there once during the day, to admire the city by day, and return to sunset. This will allow you to see beautiful colors lighting up the city and the skyline! Yes it is possible, thanks to New York City Pass. The latter allows you to visit the famous building twice in the same day without having to pay extra. I advise you to book it before on the internet so as not to queue on site and take advantage of the 40% discount. To do this, go to the official website, by clicking here.


Note that the place is very popular with everyone, and of course you will not be alone. You can, however, avoid a crowded crowd by going there. early in the morning or late at night.

And then, if you are very romantic and plan to ask for the hand of your other half during the Valentine's Day… Why not do it from the 102nd floor? You will earn magical souvenirs, and free entry to the building each year on February 14th.

Also note that from Thursday to Saturday evening, the Empire State Building hosts jazz bands every week and offers live concerts. These take place from 22 p.m. to 1 a.m., and will ensure a pleasant and typically New York evening.

Also, and in order to save time, I advise you to book your tickets in advance on the internet, on the Empire State Building website.

If you want to avoid the queues once there, you can opt for express tickets, and even choose an upgrade VIP Express ! The latter will allow you to skip every queue, and is therefore convenient if your time is limited.

It is also a good option if you are going to the Empire State Building on a particular day. This is the case for example for Christmas, Memorial Day or Labor Day for example. These days usually mean crowded terraces! Take these passes in advance, as there are a limited number of them each day, to ensure less waiting time.

However, I strongly advise you to opt for a New York City Pass or New York Pass. The entrance to the Empire State Building is indeed included in it.

This will save you a lot of money (40% savings to be precise), and will be able to benefit from additional advantages.

Indeed, opting for a New York City Pass or a New York Pass gives you access to the Empire State Building as well as many other main attractions of the city. It's the perfect plan for first-time New Yorkers. Indeed, it allows to discover the essential of the city to reduced prices.

Also, keep in mind that the New York Pass has a big advantage. Indeed, you will be allowed to enter twice in the same day in the Empire State Building. The perfect plan to see the city by day and by night, which I told you about earlier in the article. Romantic moments guaranteed.

To order your New York City Pass and take advantage of the 40% reduction, go to the official website. If you prefer to order the New York Pass, simply click here.

Finally, be aware that you can also opt to purchase a single ticket. This will be more beneficial if you do not plan to visit any other attraction.

Discover the surroundings of the Empire State Building

Once your visit to the Empire State Building is over, do not hesitate to discover and enjoy the pleasant district in which it is located. You will be right in the heart of Midtown, and will have a multitude of options for shopping in the surrounding area.

And if you're feeling peckish, don't hesitate to go to Shake Shack! Located in Madison Square Garden, this is one of my favorite places. In addition, the setting is really very pleasant.

Also, don't forget to download theapplication mobile official of the Empire State Building. Available on Apple and Android, the latter is free. She will serve as your guide during your visit to the famous monument! You will be able to find out more about the different points of view once on the 102nd floor.

Finally, I will add one last tip: also go visit the Top of the Rock! The view will also be splendid, but keep in mind that from the latter, you can also admire the Empire State Building! This quite frankly adds a nice note to the landscape!

I wish you now a very good visit of the Empire State Building, and the district of Midtown!

add a comment of Visit the Empire State Building: info to admire New York from above