Top of the Rock: the Rockefeller Center rooftop that will amaze you 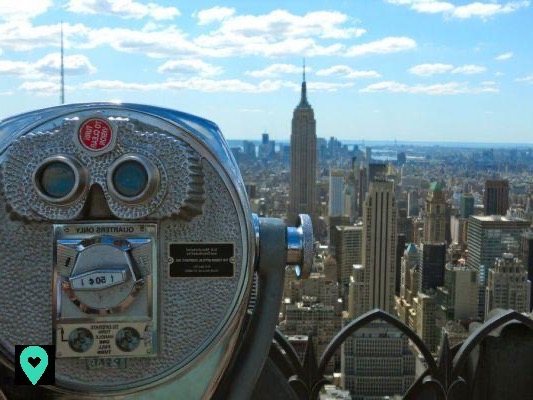 What are Rockefeller Center and Top of the Rock?

The history of Rockefeller Center

Rockefeller Center is a style shopping mall Art Déco dating from the 1920s. It was built by the Rockefeller family. It comprises 19 buildings and is located in the heart of the city, in the district of Midtown, a stone's throw from the Cinquième Avenue.

Before its construction, which still cost $ 100 million, there were many modest dwellings in "brownstones", as in Brooklyn. Thanks to the construction of these different buildings, the district has greatly gained in popularity. And over the years, it has attracted more and more inhabitants.

Also, if you want to visit this historic building, I highly recommend purchasing a New York CityPass first. Indeed, entry to Rockefeller Center is included, and that will help you save big!

Le Top of the Rock

Also, if Rockefeller Center is very well known in itself and for many reasons, one of them is undoubtedly its Top of the Rock. This is its observatory, located at 70nd floor from the Comcast Building, and from which you can admire the city in all its splendor.

The Top of the Rock was built in 1933 and renovated in 2005 for a whopping $ 75 million. It stands on three floors, from the 67th to the 70th floor. The top floor is that of the observatory, where you will have the most beautiful 360 ° view.

I therefore advise you to take the elevator to go up and enjoy a breathtaking view. You can even see theEmpire State Building, Central Park, the Statue of Liberty and many more. Take the opportunity to stroll through the three floors on offer and take your best photos. And if you're in the mood for romance, then dine in the top-floor restaurant!

In addition, know that you will have the wifi for free once at the top. So feel free to send beautiful live photos to your friends! However, if you are a photography enthusiast, be aware that tripods are unfortunately not allowed at the observatory. So plan your equipment accordingly in advance.

The architecture of the building

As mentioned above, the Rockefeller was built in the Art Deco style, which was very popular at the time of its construction. Its shape and size are as unique as they are surprising. Indeed, it spans 9 hectares and rises in the New York sky among very different buildings.

Also, the building has been listed as an American historical heritage since 1988. And believe me, it is definitely worth a visit!

What else can you find at Rockefeller Center?

Each week, the Rockefeller is visited by more than 200.000 people, in addition to the 65.000 people working there. So what can there be to do?

You can find lots of shops of all kinds there, such as L'Occitane, Body Shop, Façonnable and many others. In fact, don't miss visiting the Nintendo and Lego stores! In the last one, you can even make a personalized Lego character. Something to make beautiful memories for young and old alike! There are also several performance halls and restaurants.

The big bonus is that in winter you can ice skate on the rink installed at the foot of the building, next to the huge Christmas tree which will amaze young and old from the end of November. Throughout the rest of the year, the resort hosts a whole bunch of different events. And when the weather is fine, a bar restaurant is set up on the site of the skating rink, so you can enjoy the sunshine quietly.

Then, of course, you can discover the famous Top of the Rock, the Rockefeller Center observatory which offers a breathtaking view.

As I mentioned earlier, Rockefeller Center is home to the famous Radio City Music Hall. The latter was created by Donald Deskey and inaugurated in 1932 and is the largest indoor theater of the country, with its stage 44 by 20 meters and its capacity to accommodate up to 5933 seated spectators. It was built in the same Art Deco style as Rockefeller Center, and its decoration includes many geometric shapes of different materials, such as aluminum or glass.

Also, it offers many famous shows. This is particularly the case for the show organized for Christmas, the Radio City Christmas Spectacular, very popular in the country.

In addition to Radio City Hall, one can find NBC (National Broadcasting Company) studios, such as Studio 8H. It is also in this studio that the famous show is held Saturday Night Live. And since we are in the records, know that Studio 8H was the largest studio in the world.

First of all, several statues are outside, and it is therefore possible to go and admire them without even having to enter the building. The best known are that of the Atlas, work by Lee Lawrie and René Chambellan, and that of Prométhée, carried out by Paul Manship. They are both really impressive, so don't miss them! 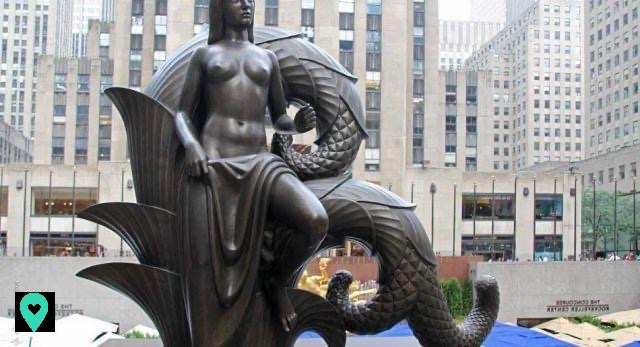 Then the walls of Rockefeller Center are covered with reliefs and artistic friezes that are worth a look. These represent the function of each of the buildings belonging to the complex. Many artists have participated in these friezes and sculptures. We can for example quote Margaret Bourke-White, Dean Cornwell, Carl Milled or Leo Friedlander. Discover these works and learn more about Rockefeller Center.

You will also find many other works of all kinds, so keep an eye out, because Rockefeller Center is full of secrets! By the way, did you know that in 2006, it hosted a work by the famous Anish Kapoor ? The latter was a mirror more than 10 meters in diameter, and weighing no less than 23 tons!

In short, Rockefeller Center is full of things to do and see. The main attraction is of course the Top of the Rock, which is undoubtedly one of the great must-sees during your stay in New York. Also, to make the most of it, I will explain how to prepare for your visit below.

Prepare your visit to the Top of the Rock

If you want to prepare your visit in advance, be aware that you can book your ticket directly on the internet. You will then have to collect your ticket once there, via an automatic terminal.

Otherwise, you can buy your ticket directly on site, spontaneously. That said, you will need to be patient, since you will probably not be alone! In addition, this means that you will not necessarily have a choice in terms of schedule. A bit of a hassle, then, if you have planned other visits afterwards, or your schedule is a little tight.

So my advice is to opt for a New York City Pass, which will give you direct access to the Top of the Rock. This way, you won't have to queue to buy your ticket. It is much more practical and economic ! And while you're there, don't miss the many other attractions offered by this pass, a must-have for a successful New York trip! If you want more information on the City Pass, I invite you to read my dedicated article. 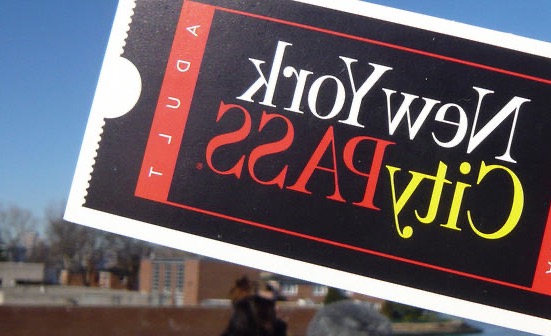 When to visit the Top of the Rock?

If you are spoiled for choice in terms of schedule, I advise you to go up to the Top of the Rock either early in the morning, or at the end of the day.

Indeed, going there very early (from the opening if possible) will allow you to enjoy the view of the city waking up slowly, without being jostled by the too many tourists. As for the end of the day, this is the perfect time to see the city rocking into the magnificent rosy colors of the sunset. So if you're going to New York with your loved one, this might be the best time. That said, plan ahead, because you won't be the only one with this idea! Do not forget your camera !

And it goes without saying, prefer a day when the sky will be clear, in order to have optimal visibility.

To find out more about the Top of the Rock, do not hesitate to visit the website dedicated to it.

How do I get to the Top of the Rock?

Finally, to get to the Top of the Rock, head for Rockefeller Center. The latter is located between 5th Avenue and 6th Avenue, at 50th Street. The exact address is 45 Rockefeller Plaza.

You can take the subway on lines B, D, E or V. Stop at the 47th-50th Street Rockefeller Center subway station, and here you are!

To help you locate yourself more easily, here is a map below:

And once your visit is over, continue to Fifth Avenue to do some shopping! You will also find the Saint Patrick's Cathedral close by, if you like architecture and monuments.

add a comment of Top of the Rock: the Rockefeller Center rooftop that will amaze you