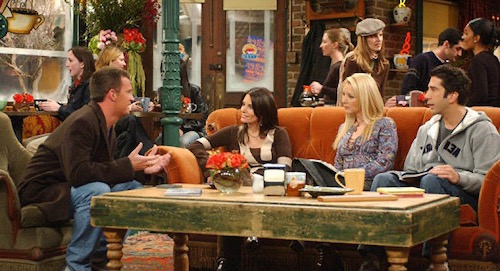 Central Perk: flagship location of the series, recreated for a month in New York

For those unfamiliar with the Friends series, Central Perk is the bar where the bunch of friends used to hang out and hang out. Located in the Greenwich Village neighborhood, it is near the apartment of Monica, one of the main characters of the series. 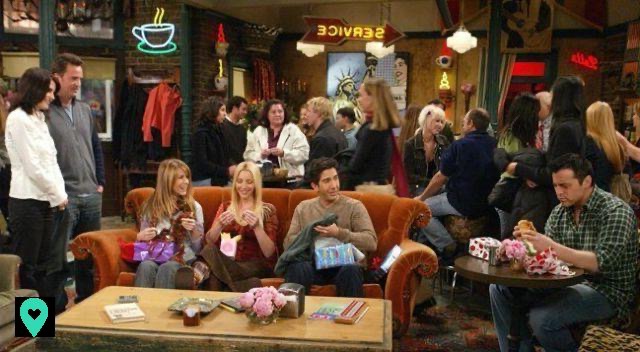 Unfortunately, the Central Perk n'existe pas. But in 2014, a Central Perk cafe opened for a month in New York City. Indeed, the Eight O'Clock Coffee chain and the Warner company have decided to unite to celebrate the 20 years of the series. Together, they therefore recreated the Central Perk cafe in New York's SoHo neighborhood. During this month, fans of the series (and others) were able to dive into the world of their favorite characters and discover this emblematic place "in real".

What did Central Perk offer?

During this opening month, visitors could order coffee, tea, chocolate or something to eat.

Delivery charges photo shoots were also organized on the set of the reconstituted show. Not to mention the famous orange sofa in which it was possible to sit.

Central Perk also offered contest to win prizes like series DVDs. Souvenirs from the series were also on sale.

The Central Perk was also punctuated by music. The famous song "Smelly Cat" by Phoebe was notably passed. And every week, artists were invited to sing Phoebe's style on the show.

Today, therefore, you can no longer go to the famous Central Perk. On the other hand, it is possible to follow in the footsteps of your favorite characters during your stay in New York.

Discover New York in the footsteps of the Friends series

During your stay, take a stroll through Greenwich Village, a residential and cultural area where you can spot the building where Joey, Rachel, Chandler and Monica live in the series. The building you see on the screen is at Crossing of Bedford and Grove Street.

In the series, Ross is supposed to work at the Museum of Natural History. The place made him fire all fires with its impressive collection of dinosaurs.

This museum is a fun and amazing place where you can see more than 30 million specimens ! Here, adults and children can only be amazed at the many collections on offer.

Getting to Madison Square Garden 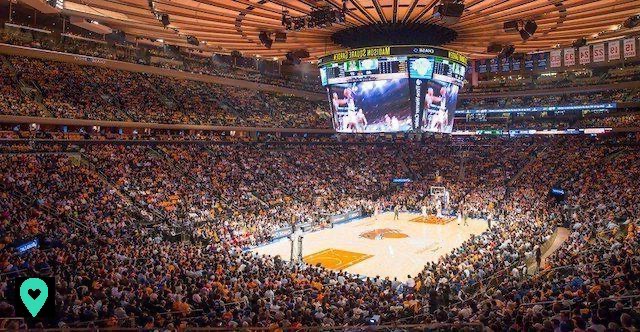 And if you just want to visit it, take part in a guided visit : history, anecdotes, significant events… will be told to you.

Fashion addicts will appreciate to plan a shopping session at Bloomingdale's, where Rachel was a personal shopper.

Photographing yourself in front of the Pulitzer fountain

Finally, sing and dance the famous song I'll be there for you around the fontaine Pulitzer which served as a model for the one appearing in the credits of the series. The Pulitzer fountain is located southeast of Central Park on the Grand Army Plaza. Go ahead and re-enact the famous scene of Rachel, Ross, Phoebe, Chandler, Monica and Joey dancing all around.

And here. The Central Perk cafe was therefore only open for a month in New York. But to discover the city in the footsteps of your favorite characters, plan a visit to the places above while waiting for the opening of a real Central Perk in New York ...

And if you're a fan of Sex and the City, head to Magnolia Bakery for a delicious cupcake. The store appeared in the series!

Living in New York: what you need to know before you start ❯

add a comment of Central Perk New York: the iconic café from the Friends series!