Ellis Island Museum: the place to discover the history of American immigration 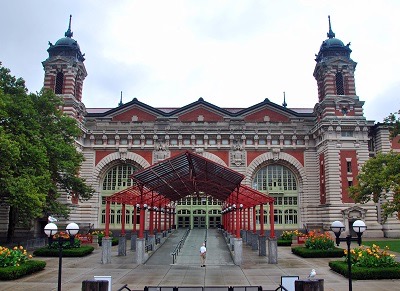 Ellis Island: the gateway for immigrants

Located on the Hudson River estuary, Ellis Island is a small island (0.13 km²), but whosehistory is very rich. Between 1892 and 1924, Ellis Island saw more than 12 million applicants for immigration. Indeed, Ellis Island was the compulsory checkpoint for migrants came to try their luck in the United States. More than 100 million Americans would have an ancestor who would have set foot on Ellis Island.

Ellis Island Museum: a moving place with a rich past

After being abandoned for several decades, the Ellis Island Immigration Museum has opened 1990 . 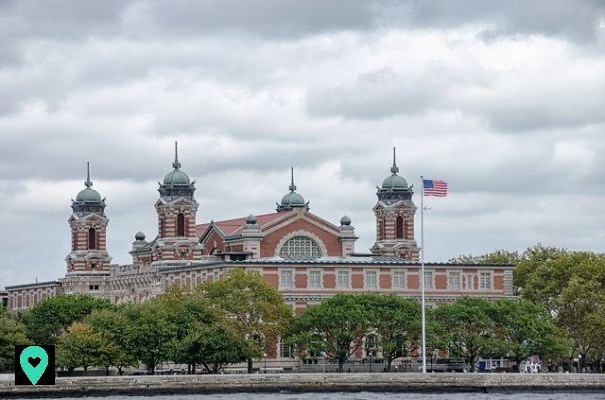 This museum invites you to discover the history of American immigration, but also the welcoming process followed by immigrants who came to find a better life in the United States, a land synonymous with hope and freedom of expression for all these people.

During the visit to the Ellis Island Immigration Museum, you will therefore make a go back and you will understand how the USA welcomed applicants for immigration and what were the different admission criteria. You will also find out what was the entrance fee and what were the criteria according to which this right was refused for certain minorities. In total, 2% of immigrants were refused.

Also read our article on the most beautiful museums in New York.

Immigration museum: what are the things to discover?

The Ellis Island Immigration Museum consists of several rooms. While browsing them, you will be able to see luggage, objects of everyday life, family and historical photos, personal objects or even clothing bequeathed by descendants of immigrants. You will also discover the admission procedures: grouping by communities or nationalities, medical checks carried out, quarantine for sick people ...

Here is the composition of the museum:

In 2015, the museum inaugurated two new rooms, the Peopling of America Center which tells the story of immigration before 1892 and after 1954. This particularly concerns the arrival of European settlers, Amerindians or even populations from Mexico. These rooms also retrace the evolution of means of transport and testimonies of arrivals telling what the USA means to them can also be read.


Do not hesitate to take a walk in the Registry Room, a room where immigrants had to wait until their inspection and registration. And if you wish, you can attend the screening of the film Island of Hope inspired by the history of these people.

During your visit, you will also discover: 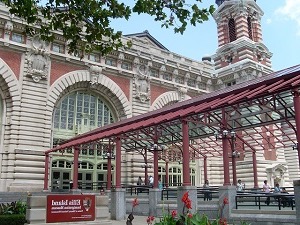 The Ellis Island Immigration Museum is therefore a place rich in history that will allow you to discover the journey of immigrants from their arrival on New York soil to their acceptance on American territory.

Practical information: if you do not speak English well, audio guides in French are available.

On average, it takes 3 hours of visit.

If you wish, you can visit the museum as if you were a newcomer. This one lasts 45 minutes and is available with audio tour.

You will have the choice between:


For children from 0 to 4 years old, admission is free.

Otherwise, be aware that the museum visit is included in the New York Pass, the New York City Pass and the Explorer Pass.

To get to the Ellis Island Immigration Museum, you will need to take the ferry from Battery Park. The latter runs between 9 a.m. and 17 p.m. every 30-45 minutes. On average, the ferry puts 15 minutes to reach Ellis Island.

As soon as your dates of stay are known, do not hesitate to reserve your place as soon as possible!

Tip: If you can, take the first boats of the day, as it gets very crowded and access to the Statue of Liberty and the Ellis Island Museum is limited.

The Ellis Island Immigration Museum is therefore a moving and fun place. Enjoy your visit and explore all the places of interest of this museum rich in history.

Want to discover another famous museum? See you at the Natural History one!

add a comment of Ellis Island Museum: the place to discover the history of American immigration