Hell's Kitchen: a particular name and its own characteristics

Also known as Clinton et Midtown West, Hell's Kitchen was previously a nefarious New York neighborhood where many immigrants of Irish descent had decided to settle. Today, this district is very popular and lively due to the high concentration of bars and restaurants offering a varied cuisine from the four corners of the world: pizzas, hamburgers, French specialties… something to suit all tastes! In Hell's Kitchen the prices are also very high. 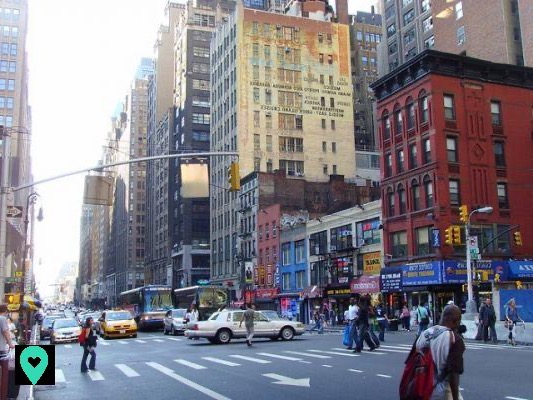 In recent years, Hell's Kitchen has attracted a population belonging to a higher social class and today the name "Clinton" is the term most used. The latter originates from DeWitt Clinton, mayor of New York in the XNUMXth century.

Hell's Kitchen: what to do in this neighborhood?

Once in this district, you will be surprised by the large number of bars and restaurants established and famous throughout New York. But Hell's Kitchen is also an interesting area to walk around. Here is an overview of the activities to do in this charming district.

Despite the high prices in the area, at Hell's Kitchen you can eat at a affordable price. The restaurants are very different, so you can discover several kitchens and taste culinary specialties from very different countries. Among other things, you can enjoy Afghan, Irish and Italian dishes. If you are nostalgic, you will also have the opportunity to eat French dishes, including the famous bouillabaisse, the flagship specialty of the Phocaean city. For that, head to the Marseille restaurant (630 9th Ave, New York, NY 10036).

Of course, you can eat burgers to stay 100% in New York specialties. Moreover, do not hesitate to taste those of 5 Napkin Burger, they are delicious and are a real success!


If you like Italian food and especially pizza, head to John's Pizza on 44th Street.

You can also participate in the Hell’s Kitchen Food Tour, a guided tour during which you can discover the district and taste specialties. You will also visit the Gotham West Market, a kind of covered market with many restaurants.

In addition to restaurants, Hell's Kitchen also has very different bars, most of which are Irish bars. Among the most famous, you can find McGee (240 W 55th St, New York, NY 10019-5201). Besides, maybe this name means something to you? It inspired MacLaren's, the commercial of the series "How I met your mother? ". 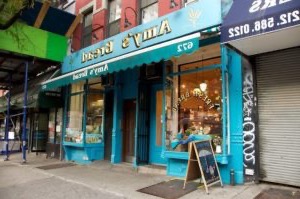 If you get a little hungry when you pass through this neighborhood, boulangeries offer you delicious cakes. Among them, there is the Amy’s Bread on 9th Avenue, a famous store in New York that sells cookies, pastries and other delicious sweet treats.

Otherwise, at the Sullivan Street Bakery (533 W 47th St) you can find tasty sandwiches and pastries!

At Hells' Kitchen you can go shopping and find clothes, accessories and many more! Most stores are located on 8th and 9th avenues. On the first, you can shop in branded boutiques and department stores. On the second, you will find rather small stores and on 9th and 39th avenues, a flea market is also organized every weekend; an interesting point for all people wishing to hunt.

Getting to the Intrepid Sea, Air & Space Museum

Do you want to know more about military and navy history? Plan a visit to theIntrepid Sea, Air & Space Museum, a museum where you will have the chance to see a space shuttle and impressive aircraft carriers.

Please note: the entrance to the Intrepid Sea, Air & Space Museum is included in the New York City Pass, think about it!

Whether in literature, cinema, music, video games or television series, the Hell's Kitchen district has inspired many directors, writers and producers.

Hell's Kitchen has appeared in several films like Constantine, Les Anges de la Nuit or Sleepers and in series such as New York, Police Judiciary and Daredevil.

In literature, the neighborhood has been mentioned in Books like The Godfather.

Hell's Kitchen is located near Central Park and Broadway and is bounded on the west by Midtown and on the north by Chelsea. It is also bounded by the Hudson River, 8th Avenue, 59th Street and 34th Street.

This map will allow you to locate and delimit it:

To reach Hell's Kitchen, you can take metro lines A, C and E.

Hell's Kitchen is a charming and fascinating New York neighborhood at the same time. Popular and growing, this New York district is a pleasant place to discover. So go ahead and go explore it! You can taste delicious cuisines and visit interesting sites. Enjoy your visit from Clinton!

add a comment of Hell's Kitchen: an atypical, but intriguing neighborhood