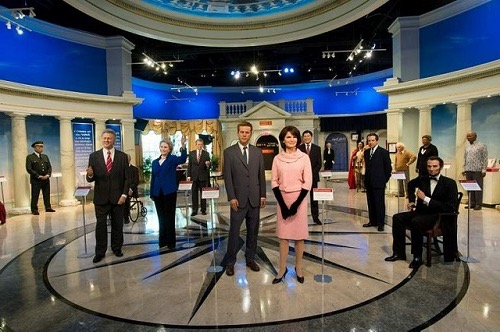 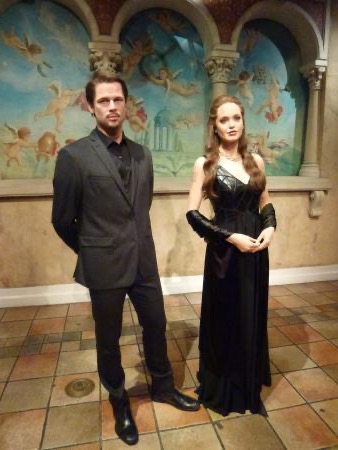 Maria Grosholtz is a French woman born in 1761 who was trained in wax sculpture by Philippe Curtius, a Franco-German physician and wax sculptor. From 1777, Marie Grosholtz produced her first figures (Voltaire, Jean-Jacques Rousseau, Benjamin Franklin…), but because of her relations with the nobility, she was condemned to the guillotine. But, thanks to her talent, Marie Grosholtz was pardoned and on her death (in 1794), Curtius bequeathed his collection of wax sculptures to her.

In 1795, Marie Grosholtz married François Tussaud and in 1802, she decided to leave France for London in order to exhibit her wax statues. But in 1805, the war of the Third Coalition blocked it in Great Britain and the latter decided to continue its presentations through England and Ireland.

A few years later, she opened the museum in London “ Baker Street Bazar And many people flocked to find out.

Madame Tussaud died in 1850 and after her death the museum moved to its present location in London: Marylebone Road.

Since, 18 Madame Tussauds museums have opened throughout the world and all have kept the name "Madame Tussauds" in honor of its creator.

In New York, the museum opened in 2000 and the latter is incredibly successful. Many people come there out of curiosity and the various wax statues on display bring them to life significant events in history.

Madame Tussaud New York: what can we see there?

The statues presented in the museum can be classified into several categories:

All the characters in the museum are on their 31s, very realistic and life-size. As you wander from room to room, you will come across emblematic personalities, presidents, musical geniuses and other famous artists. You will take an incredible journey through time and if you wish, take a behind-the-scenes tour to see how these famous wax statues are made!

Good to know: if you don't recognize a character, read the sign next to it and you will know who is in front of you! 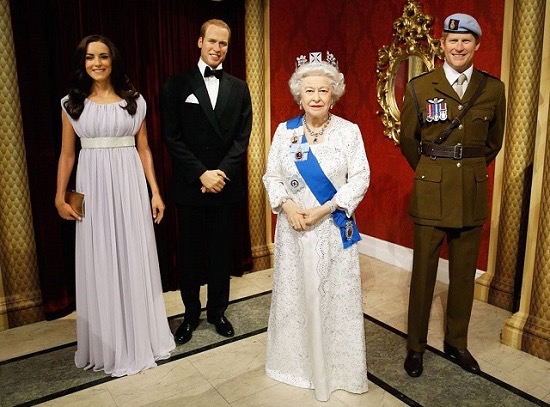 Other activities to do at Madame Tussauds in New York

The collection of wax statues at Madame Tussauds in New York is very impressive. But in addition to these statues, the museum also offers fun interactive experiences ! Here they are.

THEghostbusters experience offers you to relive several scenes from the film by participating in a ghost hunt in an attempt to save New York. This activity combines technology, costumes, gadgets and accessories for an extraordinary and close to reality experience!

Here is an activity that should appeal to people who dare to try it! During this activity, you will be able to find many elements such as an electric guitar as well as a light show. The latter recognizes your dance steps and projects them on a screen, just incredible! With this musical experience, young and old will have fun!

THEMarvel 4D Cinema Experience will make you live an exceptional moment: you will not just be a spectator of the film, but you will live it and you will feel the different special effects (wind, water…). For a few minutes, so you're not just watching your favorite heroes, but you will be by their side!

The history gallery and the news room

In the gallery you will find all the thinkers like Einstein and in the news room you can put yourself in the shoes of a journalist you love!


How long does it take to visit the museum?

On average, it takes one o'clock, but if you take your time and take photos with a lot of wax statues, your visit can last 1 hours or even 30 hours.

What is the entrance fee to the museum?

The entrance fee to the museum is $ 29 per adult and for children aged 3 to 12. For those under 3 years old, admission is free. To buy your entry ticket, prefer to buy it online directly on the museum's website, because the price is cheaper.

But be aware that the entrance is also included in the New York Pass. With this pass, you will be able to save on the museum entrance fee, but also avoid queues thanks to its skip-the-line function. This pass will make you save time and money ! So don't forget to order it before your departure!

Where is it situated ?

While visiting the Madame Tussauds Museum in New York, you will be able to meet a lot of celebrities and pose with your favorite stars. You can also participate in interactive activities to make your visit even more surprising. Go quickly and discover this museum, you will not be disappointed!

And if you want to discover other museums in New York, here is everything you need to know about the Museum of Natural History or the Guggenheim Museum.

New York and Manhattan neighborhood guide: trendy ones and those to avoid ❯

add a comment of Madame Tussaud New York: review and info on the NYC wax museum!