New York's history from 1524 to the present day 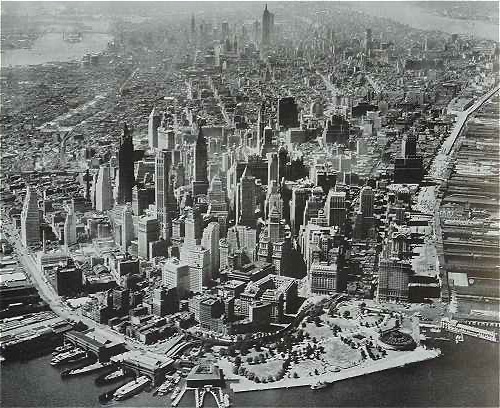 History of New York: the origins

The history of New York begins with the origins of the city. The oldest inhabitants of Manhattan Island are the lenapes indians. This tribe occupied the city along with other Indian colonies such as the Algonquin. These tribes lived by hunting, fishing and growing beans, corn ... At that time, New York was far from resembling the current city: monuments, avenues ... were absent. In the XNUMXth century, New York was a hilly and wooded town.

Today, the main trace left by the natives is the name "Manhattan" directly inspired by the Indian term "Mannahatta" which can be translated as "the small island" or "hilly island". 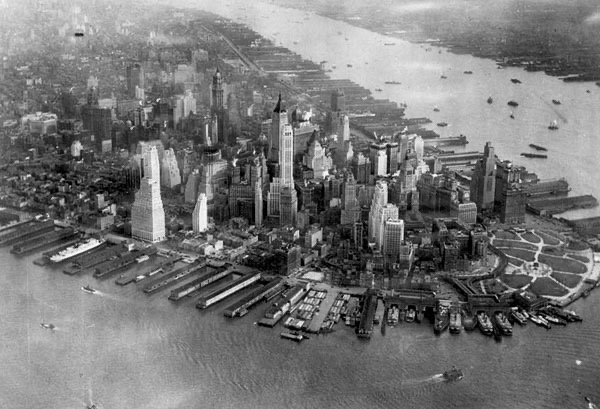 Note: the name of Verrazzano is today that of the New York Bridge connecting Brooklyn to Staten Island.

A century later, Henri Hudson, an English explorer was hired by the Dutch East India Company. Henri Hudson discovered Manhattan on September 11, 1609. He was also the first to map this territory. Henri Hudson then decided to go up the river to Albany, the capital of the state of New York. Today, this river bears his name: the Hudson River.

Twelve years later, in 1626, Pierre Minuit decided tobuy the colony of New Amsterdam to its occupants in exchange for 60 florins ($ 24) and a few trinkets. When Midnight arrived, the colony was populated by 270 people in a deplorable state which prompted him to postpone the construction of the new fort built by Crijn Fredericxsz.

The situation changed in 1647 with the appointment of Pieter Stuyvesant to the post of general manager of New Netherland and Curaçao.

But the English did not want to leave the Dutch alone. The goal of the British? Extend the grip of their empire and defend themselves against the French settled in Canada. To defend themselves, the Dutch led by their leader Peter Stuyvesant organized the defense of New Amsterdam and built a wall south of Manhattan in 1653. This wall gave its name to Wall Street.

The English left no chance for the Dutch and captured the city in September 1664.

This period of New York history began in 1664 with the English takeover of New Amsterdam. After their victory, the first action of the British was to rename New Amsterdam in New York.

In 1673, the Dutch regained possession of the city and renamed the city Nieuw Oranje. The city was handed over to the British thanks to the Treaty of Westminster in 1774 which ended the Third Anglo-Dutch War.


In the 1700s, New York City flourished: it numbered over 5 residents, cultural facilities were created, and commerce flourished. 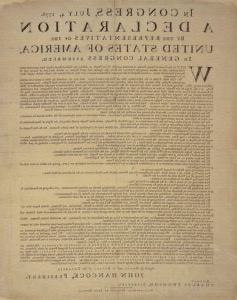 In 1720 the first shipyard began and as the city gradually developed five battles of the independance War took place in New York, including the Battle of Long Island on August 27, 1776. During this battle, many Americans were held in prison ships located in Wallabout Bay in the Brooklyn neighborhood. Many died.

The independence of the United States was signed on July 4, 1776.

Note: the war of independence pitted thirteen North American colonies against the Kingdom of Great Britain. It began in 1776 and ended with the defeat of the British in 1783.

Le April 30, 1789, George Washington, the first American president, is sworn in at Federal Hall. From 1784 to 1790, New York also became the capital of the United States, but in 1790, it is the city of Philadelphia which fulfills this role of capital.

With the federalist policy of Alexander Hamilton, the city of New York developed considerably : more and more people decided to settle in the city and 95% were of American origin. New York was also becoming a major economic center and the commercial and banking sector was one of the most important in the United States at that time.

In 1811, the Common Council decided to orient the streets of the city from east to west and the avenues from north to south. In 1825, the interior development of the city also began. On January 1, 1848, 40 municipalities joined with Manhattan and the Bronx to create New York City, the first megalopolis.


In 1860, the first parks appeared: Central Park first, then Riverside Park followed by Prospect Park. A very large majority of cultural centers were also created: the Metropolitan Museum of Art in 1872, the American Museum of Natural History in 1877 or the New York Public Library in 1895.

Finally, in 1898, the five districts of New York united to create the Greater New York, in other words the most populated urban area in the United States.

Between the 1800s and 1840s, New York's growth continued, but between 1820 and 1890, the city was marked byarrival of irish who fled their country because of the famine. In 1820, New York became the most populous city in the United States with 123 inhabitants and 1827 marked the year ofabolition of slavery in New York.

But the urban growth of the city was interrupted by two fires: one in 1835 and the other in 1845 and by the economic crisis of 1837. As a result of these events, new buildings were rebuilt.

En 1863New York did not support the introduction of new laws that allowed the governor to call in and recruit soldiers between the ages of 18 and 25. This discontent led to major riots. This is the episode of Draft Riots.

After the Civil War, many Asian and European immigrants in search of a better life arrived in New York. This massive arrival led to the creation of new districts: Little Germany, Chinatown and Little Italy. This significant immigration also increased crime. 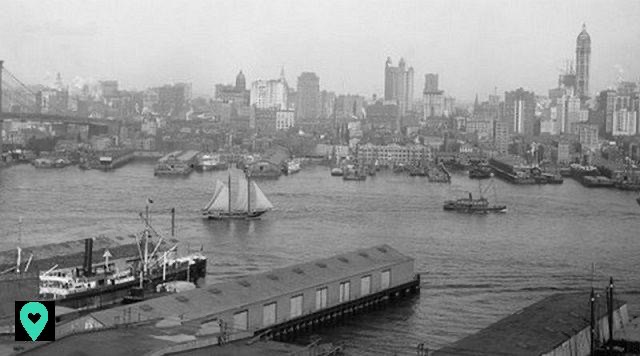 New York's story continues with the early twentieth century which was marked by many events. Indeed, in 1904, the metro was inaugurated and in 1913, Grand Central Terminal opened its doors after its reconstruction. The George Washington Bridge was also built in 1931, the Holland Tunnel was dug between 1920 and 1927 and expressways were developed over time.

But 1929, a terrible stock market crash shook the planet. During the famous Black Thursday, a large majority of savers lost their savings in a short time. A stock market crisis at the start, this crisis then takes on a social character. Faced with this situation, the New Yorkers decided to elect a new mayor: Fiorello La Guardia who launched a construction program to deal with the crisis. Thanks to this initiative, many monuments were built: the Empire State Building, the Rockefeller Center and the famous skyline, known today all over the world.

After World War II, many European immigrants returned to New York and in 1952 the UN moved its headquarters to the city.

During the 1960s, insecurity loomed in New York and serious black riots took place in Harlem. In the 1970s, the New York's reputation was at its worst causing significant financial consequences.

More in 1980 years, the situation improved with the election of the first African-American mayor, David Dinkins and this improvement enabled New York to regain its place of leader in the financial and economic field. On Broadway, the once infamous Theater District has grown considerably thanks to tourism.

During the 1990s, the crime rate declined and many people decided to return to New York to live.

History of New York in the 2000st Century: XNUMXs to Present

At the start of the XNUMXst century, a tragic event took place in New York on September 11, 2001. A terrorist attack struck the city: two airliners crashed into the twin towers of the World Trade Center in midtown Manhattan. The results of this attack were tragic: more than 3000 people lost their lives, the number of wounded was considerable, the site of the World Trade Center was destroyed. September 11, 2001 marked the United States and the whole world. 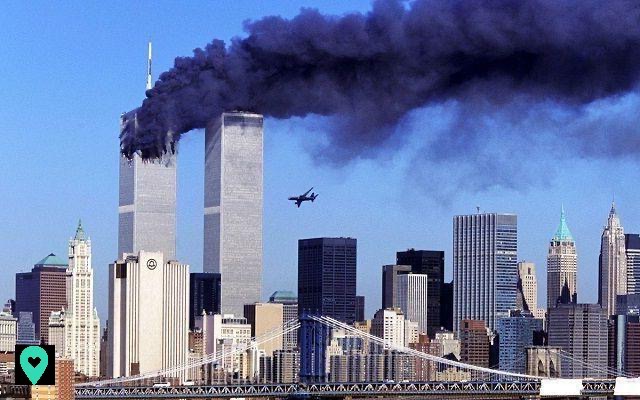 The economic consequences were also important: the airlines were affected by a major financial crisis and the reconstruction of the site came at a considerable cost.

After Barack Obama, in 2017 Donald Trump is elected President of the United States, an election that shocked New York, bastion of the Democratic Party. Demonstrators were also determined to oppose the program of the new president.

As you can see, the history of New York has never stopped evolving over the years, but all events have shaped a city that is unique in the world!

Visit New York: our guide to make sure you don't miss anything during your stay! ❯