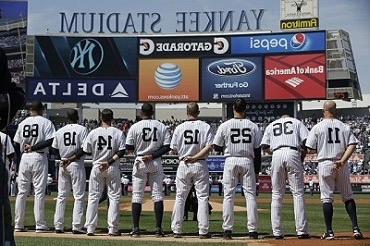 A few words of history about the Yankees team 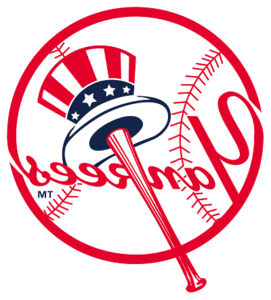 Founded in 1901 in Baltimore as the "Baltimore Orioles", the Yankees team began playing that same year. with John McGraw as manager. Two years later the team moved to New York and became New York Highlanders. The main successes of this team were the second places obtained in 1904, 1906 and 1910. This period was however marked by rumors of corruption of the owners and by the activities of certain players suspected of betting on matches. But these accusations remained unfounded.

In 1913, the Highlanders moved to the new Polo Grounds in the Harlem neighborhood following the expiration of their contract at Hilltop Park. But faced with this change of neighborhood, the name of the "Highlanders" no longer really made sense. The name "Yankees" was then given to the team from time to time. But in 1913 the Highlanders changed officially named to become the New York Yankees, which is still relevant today. Ten years later, in 1923, the Yankees moved once again to their new stadium: Yankee Stadium.

Today the New York Yankees is the franchise having won the most Major League Baseball titles : 40 national titles and 27 world titles. These successes make it the franchise with the most wins in all of North American sport. The Yankees are also the only team represented in the Baseball Hall of Fame, a museum dedicated to the memory of the greatest coaches and players in the history of this sport.

Another peculiarity of the New York Yankees: they feed the longest rivalry in North American sport with the Boston Red Sox. Today, the United States are also divided between these two emblematic teams.

The two colors of the Yankees team are the navy blue and white. If the players have tattoo (s), they must wear a navy blue sleeve to camouflage it.

The Yankees' home kit is white with thin blue stripes. On the chest, the capital letters "NY" are visible.

Good to know: in 1929, the Yankees team were the first to make the player's number a permanent detail of their outfit.

The uniform for dating abroad is different: it is gray in color and the word "New York" is capitalized on the chest. On the back, the player's number is written (numbers are assigned according to the order of the batters). 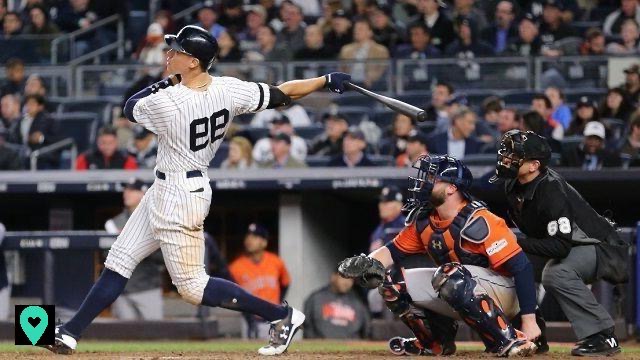 At home or on the go, the Yankees also wear a navy blue cap with the “NY” logo in white.


New York Yankees: a very popular team around the world

In Manhattan, the Yankees team enjoys incredible popularity; a success that has transcended this state and borders! Indeed, the Yankees are today the most famous baseball team in the United States (despite their rivalry with the Boston Red Sox) and to the world.

Since 1920, this team chain successes and today, the Yankees are still among the favorite sports teams around the world.

Their fans number in the millions as do their spectators: in 1920, they were 1 at the Polo Grounds and in recent years, this number has exceeded three million.

Why attend a Yankees meet?

Whether you like baseball or not, I highly recommend that you attend a Yankees game. During this meeting, you will be able to see great players compete and dive into an exceptional atmosphere. You will be in the midst of tourists and locals who come to support their favorite team, but you will also attend entertainment and shows organized throughout the match: cheerleaders, mascots ...atmosphere is 100% American ! 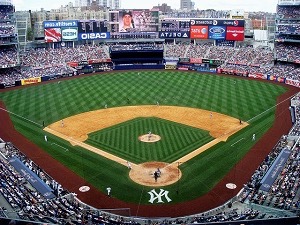 And to support the Yankees like a New Yorker, don't forget to provide accessories with the image of the team : foam hand, T-shirt, caps… During the 3-4 hours of the meeting, you will be able to support this team as the New Yorkers do!

Going to see the Yankees will also allow you to experience Yankee Stadium, an impressive stadium that counts. 52 325 places.


Practical information: the Yankees play regularly day and night. So you will inevitably find a moment and a baseball game that tempts you.

Here is the schedule of the team's next meetings:

Tips for buying tickets and choosing your seat at Yankee Stadium

To purchase your tickets, you have two options: at the ticket office directly at the entrance to the stadium or online.

Online shopping therefore remains the most interesting and practical solution. Via the site superbillets.com (the interface is in French), you can find tickets at unbeatable prices and quietly choose the seat you want. Once your tickets have been ordered, all you have to do is pay online and wait for your tickets to arrive directly in your mailbox or by email.

And to take advantage of an even better price, don't forget to buy them in advance from the date of your departure known!

Which place to choose?

The places near the field and in the center are the most expensive places. If you're upstairs, however, seats are cheaper, but you'll be far from the action. So which place to choose? To make the most of the show without spending a lot of money, I advise you to choose a numbered place in the 300. By purchasing your tickets in advance, you will be able to find seats for $ 50, which is good, right?

Another point to take into account: opt for places located on the right side of the field and not in the center, because the latter are more expensive.

The New York Yankees are therefore a famous team and attending one of their meeting is to be expected at least once during a trip to New York. During the 3-4 hours of the match, you will be able to see iconic players compete against each other, but also soak up a magical atmosphere in the midst of tourists and locals.

And by the way, do you know why football is called soccer in America?

Top 12 palaces in New York to dream of ❯