Soho: the trendy and artistic district of New York 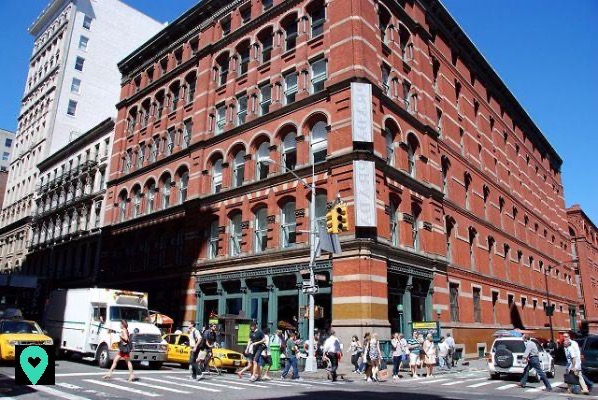 Did you know that the name “Soho” derives from the geographical location of the neighborhood? Indeed, this name is simply a abbreviation of South of Houston. And yes ! Remember, Soho is bordered by Houston Street to the north, Canal street to the south, Crosby Street to the east, and Sixth Avenue to the west. 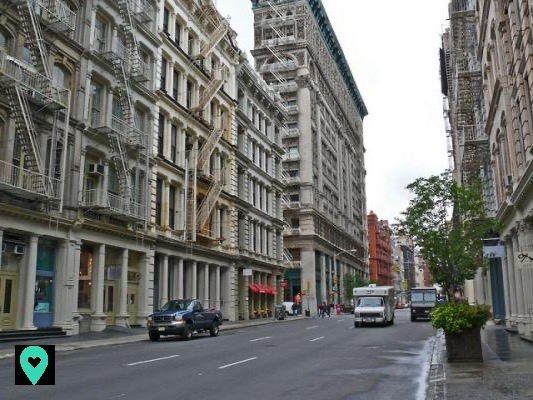 At the end of the 60th century, Soho was a favorite district for the textile industry. Imposing buildings also recall this period. In the XNUMXs, however, Soho became a artistic place where many artists have opened their galleries and workshops. Since 1973, this district is classified Historic District and since 1978 National Historic Landmark. Over the years many buildings have been replaced by lofts and studios and many art galleries have opened.

Highly prized by art galleries, the price per square meter has risen dramatically in Soho, a rise that has prompted artists to find another location that is more affordable in terms of price. Today, galleries are still present in Soho, but luxury boutiques and chic stores also opened their doors.

A district with unique architecture

What to do in Soho?

Whether it is during the day or in the evening, in Soho there is no such thing as boredom! Here is a quick overview of the activities to do in this neighborhood.

Located in a former fire station, the New York City Fire Museum is a museum dedicated to the city's firefighters. On three floors, you can find various objects, old vehicles and equipment specific to these heroes. The museum is located at 278 Spring Street.

Here is a place that will delight all children: the Children's Museum of the Arts in SoHo. This museum gives children the chance to discover the different facets of the artistic world, but also to develop their creative side by offering them various activities. In total, more than 2 drawings drawn by children from all over the world are exhibited in this museum. 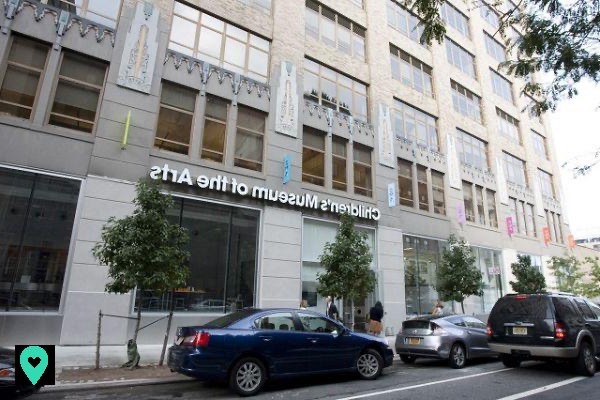 As you can see, since the 60s Soho has been an artistic place. During your visit, do not hesitate to make a small detour through the art galleries of the district. Among them, you can find the Morrison Hotel Gallery at 116 Prince Street, a place that will delight all music lovers. Photos of musicians, singers and artists are exhibited there. The Louis K. Meisel Gallery collects contemporary works inspired by the pin-up world. The address of this gallery is: 141 Prince Street.

West of Soho is theHudson river park. From here, you can walk along part of Manhattan and go up towards Chelsea or West Village, or descend towards Lower Manhattan. You will be able to enjoy a nice view of the city while walking.

During your stay in Soho, you will have only one desire: to stroll through the many boutiques in order to unearth the latest trends in fashion! You will be able to go shopping in designer boutiques, but also in jewelry and decoration stores. Soho is therefore a ideal destination for shopping, whose famous cobbled streets are packed with people on weekends.

Where to eat in Soho?

In Soho, there are many restaurants to choose from. If you like Italian specialties, I recommend theAurora Soho at 510 Broome Street, a restaurant that serves homemade dishes in a friendly and friendly atmosphere.


Le Ed’s Lobster Bar is also the ideal place if you want to taste a lobster or a dish based on this crustacean (address: 222 Lafayette Street).

Do you prefer hamburgers? Direction the Mercer Kitchen located at 99 Prince Street. 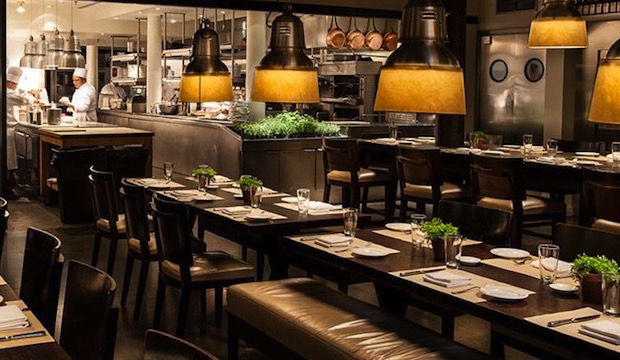 Where to go out in Soho?

In the evening, Soho is a good place to go out in New York, since it is a lively area where it is very pleasant to walk. Bars will welcome you to make you have a good evening. So, I advise you to take a little tour of the Fanelli's Cafe at 94 Prince Street where you can eat or drink.

If the weather is fine, do not hesitate to take a look at The James New York (27 Grand Street) where you can enjoy a drink in the garden located on the second floor. An interesting idea to relax while taking in the fresh air.

And here. You now know all the things to do in Soho. As you can see, this New York district is lively and many tourists flock to discover this place rich in discoveries and surprises! So, don't forget to visit Soho on your trip, you won't be disappointed!

Lower East Side: a vibrant and evolving neighborhood ❯

add a comment of Soho: the trendy and artistic district of New York