What is the size and area of ​​Central Park? 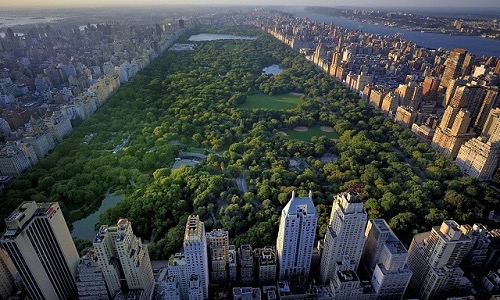 Central Park: a haven of peace in the middle of Manhattan Island

If there's one place to visit during your stay in New York, it's Central Park. This park located in the middle of Manhattan was created in 1857. Its work lasted 19 years and its site was large scope : more than 200 people worked there, thousands of trees were planted, alleys, tracks and paths were created. Central Park was therefore an incredible project! 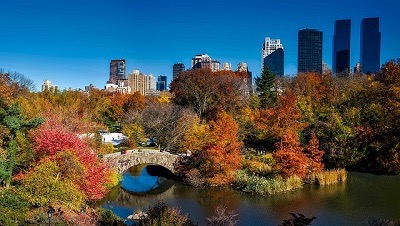 Since its opening, Central Park has attracted many people eager to discover this new park located in the middle of the city. Faced with this success, Central Park has evolved and new buildings and spaces have opened, such as the Central Park Zoo or the Metropolitan Museum of Art (MET).

At present, Central Park is an emblem of New York City. A true haven of peace, it is a place that calls for relaxation and rest. It is also the meeting point for many runners and cyclists.

In winter, two skating rinks are also set up in the middle of the park; ideal for an ice skating session with a view of the New York buildings! And if you love to take photos, in the fall the colors of Central Park change to make way for pretty fall colors.

Today, Central Park is therefore a must-see that offers a multitude of activities whatever the season. So you won't have time to get bored! But how big is Central Park?


Area of ​​Central Park: what is the area of ​​this park?

The area of ​​Central Park is 3.41m² or 341 hectares (4 kilometers by 800 meters). This green space located in the middle of skyscrapers is therefore the largest in the city. It is bounded by 59th Street on the South, 110th Street on the North, 8th Avenue on the West and 5th Avenue on the East. The streets surrounding it are nicknamed respectively: Central Park South, Central Park North or Central Park West. As for the neighborhoods surrounding it, you can find theUpper East Side, the posh Manhattan district and theUpper West Side, a friendly and very diverse borough.

Other interesting (and impressive) figures about Central Park

With an area of ​​341 hectares, Central Park is therefore a huge green space. Moreover, did you know that its surface area represents approximately 6% of the total surface of Manhattan ? Incredible, right? But in addition to its impressive area, Central Park is also:

During your walk in Central Park, you will also be able to see several constructions such as the Belvedere Castle, a castle built on Vista Rock. This castle was built in 1869 in a Scottish style. Today, it houses facilities from the New York Weather Observatory, but its 360 ° view of the park and surrounding area is popular with tourists.

What about the flora and fauna?

The largest green space in the Manhattan neighborhood, Central Park contains one of the last elm plantations (species of tree) Americans from the northeastern United States. The park has 1 protected species from Dutch elm disease (also known as “Dutch elm disease”).

In addition, you may encounter some animals during your walk in Central Park. The park welcomes in particular 270 species of birds, 14 of mammals (squirrels, marmots, rabbits, etc.) and 80 fish in Harlem Meer (located northeast of Central Park).

The area of ​​Central Park therefore extends to 341 hectares. You will have something to enjoy 🙂

The romantic tip with The Central Park Boathouse restaurant ❯

add a comment of What is the size and area of ​​Central Park?