Celebrate Christmas in New York: 13 activities to do for a great holiday! 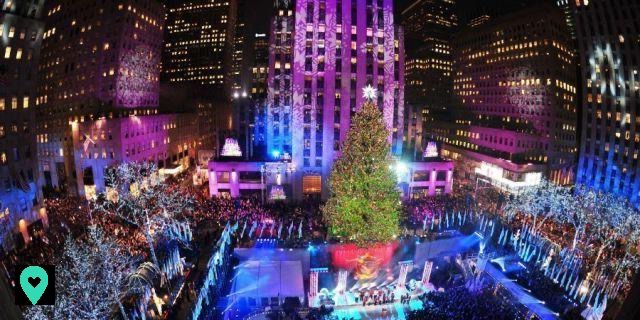 During the period of Christmas in New York, most stores are decorated, whether it's their windows or the interior. But I'm not talking about a few garlands and glittery balls, but real artistic staging! A bit like at Galeries Lafayette in Paris, if you've ever passed by during the holidays.

I won't tell you more so as not to spoil any surprises (and anyway, the windows change every year), but I strongly recommend that you go there armed with your camera! If you had to choose a place? The Cinquième Avenue, of course !

Take a look at Macy's

I had already told you about the famous Thanksgiving parade which ends in front of the Macy's sign on 34th Street. Well, know that on Christmas Day, you will see Santa Claus there! The right plan, then, if you are traveling to New York with children. You will be able to take pictures with him, after waiting a little while in the queue.

After that, head to the Christmas village installed by Macy's, the Macy's Santaland ! A magnificent setting to relapse into childhood ... 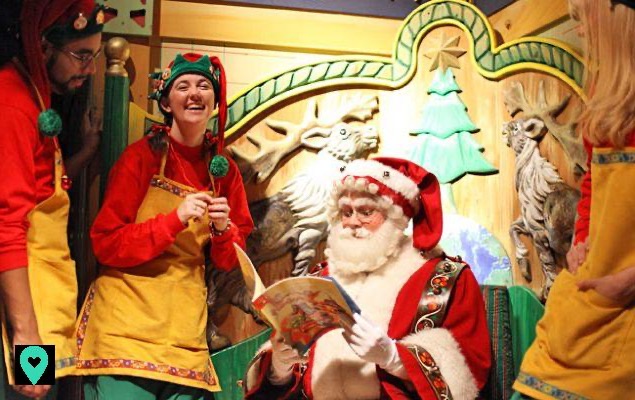 In addition to the stores prepared for Christmas and the holidays, New York also has several Christmas markets: Bryant Park, Central Park, Union Square and Grand Central Terminal. You are spoiled for choice!

The Bryant Park Christmas market is undoubtedly my favorite, for its location, decoration, and the products offered… Not to mention its little café and ice rink ! A 100% Christmas atmosphere in New York guaranteed.

Located at the corner of 6th Avenue and 42nd Street, it has a multitude of small glass houses, giving even more light and warm atmosphere!

You will find everything there, from souvenirs to jewelry, including numerous food and drink stands such as cider, Churros and other delicacies. 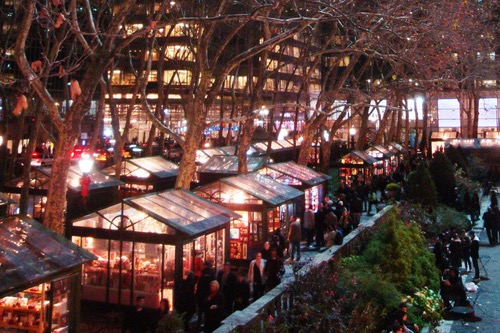 My second favorite is arguably the Columbus Circle Christmas Market. There are hundreds of stands of all kinds, and the place is idyllic: in the middle of Central Park! What could be better ? Ideal for immersing yourself in the Christmas atmosphere in New York.

There is also a Christmas market located in Union Square, which attracts large numbers of people, thanks to its perfectly central location, right in the middle of heart of manhattan. So take a quick tour (it's quite small) in the afternoon before continuing your exploration! To do this, go to the intersection of 14th Street and Broadway.

Finally, don't miss the Christmas Market at Grand Central Station, between 87 East Street and 42nd Street. The setting is superb, and you will be amazed by the building as much as by the many stands that will be housed there for the occasion. Craft products and an anti-cold refuge! 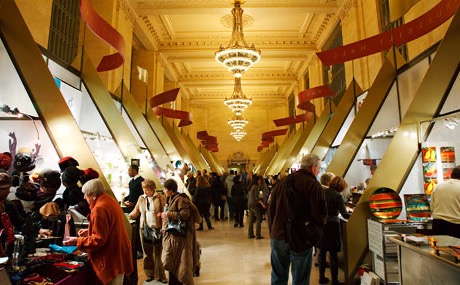 The Christmas tree and its lighting ceremony

A Christmas tree over 25 meters high, have you ever seen that? Because I do, and it's at Rockefeller Center that it's happening! Every year, a Christmas tree is installed there from the end of November, with more than 8 kilometers of lamps and garlands.

Also, did you know that the bulbs illuminating the tree are low consumption, and powered by solar panels ? Another reason to admire the spectacle! Go there at the end of the day, before or after dinner, and admire it until the lights go out at 23:30 p.m.

Also, know that before the lighting of the tree, on Christmas Eve, a ceremony takes place, followed and appreciated by many New Yorkers and tourists.

To attend, I (very) strongly advise you to buy VIP tickets, which you will have to buy well in advance if you want to be sure of having some. You will then have the chance to attend a concert (the artists change each year) taking advantage of an optimal location, while enjoying the drinks and snacks offered by the participating restaurants.

If you don't want to buy a VIP ticket, you can still attend the show, but wait hours before you can buy regular tickets, and that if there are any left. So I advise you to arrive many hours in advance !

You've heard of or seen pictures of the famous ice rink at the base of Rockefeller Center in winter, right? And if you went there, for you too to have a fun and magical time, during the Christmas period? 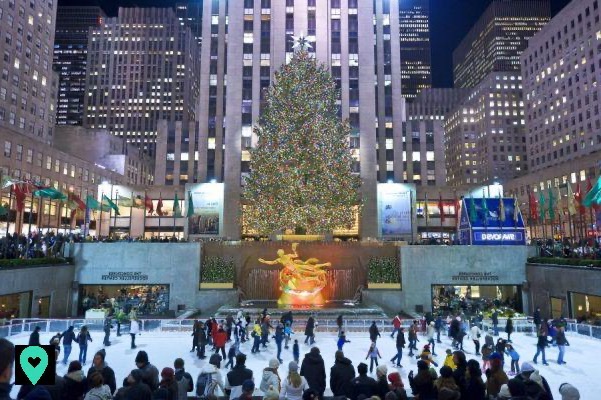 That said, I prefer to warn you: the queue may be long, very long! Also, I advise you to bring your VIP tickets also. These will give you direct access to the ice rink each morning, as well as to the chalet made available, in order to enjoy a hot chocolate and small cookies before setting out for a ride.

Of course, these tickets will give you access to the interior of Rockefeller Center and in particular to the famous Top of The Rock. As much to say to you that for a Christmas in New York, you can hardly be spoiled more!

If you are traveling with toddlers, the elderly, or just don't want to walk around town, you can take a guided tour in double decker bus. The latter will take you in particular on the Cinquième Avenue and in front of the Rockefeller Center tree.

Cover up, get your camera ready, and off you go for a ride!

Finally, be aware that you have the option of combining your tickets for this visit with VIP tickets to take a tour of the Rockefeller Center skating rink, which I told you about a little earlier.

We can easily imagine the streets and houses of New York decorated for Christmas, as we often see in the movies… And that makes you dream? Be aware that you can visit the lovely neighborhood of Dyker Heights, located in Brooklyn. It is considered the best decorated district in the city, and even in the country! Enough to make a little detour. 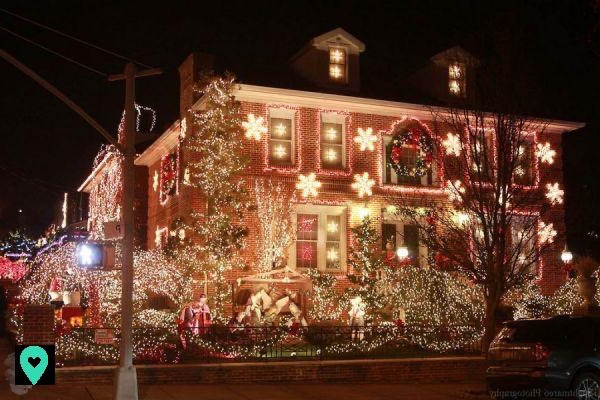 The best is to go through a guided tour, since you will be accompanied by a local who will offer you little anecdotes 100% New Yorker. Again, don't forget your camera!

US plug: the special US adapter to connect your devices ❯

add a comment of Celebrate Christmas in New York: 13 activities to do for a great holiday!