How to attend a performance of The Lion King on Broadway? 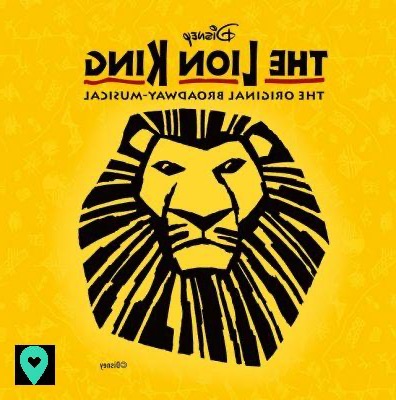 The story of the lion king

The Lion King ... Who has never watched this cartoon and who has never sang the song "Hakuna Matata"? 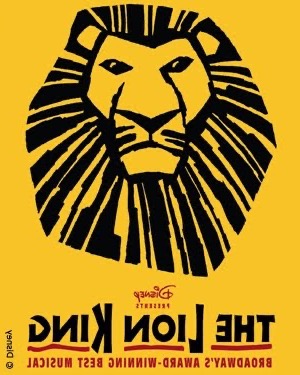 The Lion King is a great disney classic which tells the story of Simba, a lion cub named to succeed his father, King Mufasa. The latter reigns over the animals of the savannah and Simba hopes he will be as brave as his father once appointed to the throne.

But when his father dies, killed by his uncle Scar, Simba must face the latter who forces him to flee and who convinces him that his father's death took place through his fault.

During his trip, Simba will meet a lot of obstacles, but he will also meet Pumba and Timon who will teach him their philosophy: “ Hakuna Matata"(Or a carefree life).

As an adult, Simba will find by chance Nala, his childhood friend who will teach him that Scar is a true tyrant and that famine strikes the whole tribe. But if at first, Simba, does not wish to return to live with his family, he will then realize that his place is in the kingdom of the lions and that the throne is his due.

But to achieve his title, Simba will have to fight and defeat the tyrannical Scar.

The Lion King was released in 1994 and the musical was first performed in Minneapolis in July 1997. This first performance was a real success and in October 1997, the show arrived on Broadway stages under the direction of Julie Taymor. Since then, The Lion King has always been on the bill!

Moreover, since 2013, The Lion King reached the first place musicals on Broadway by exceeding billions of dollars in revenue.

The Lion King: an astonishing and fascinating spectacle

The Lion King will take you for a moment in the heart of the savannah in the middle of animals: antelopes, lions, giraffes and many others will strut on stage!

During the show, you will have the chance to see costumes, but also beautiful and impressive masks as well as actors perfectly representing the different animals living in the African savannah. The Lion King is also ideal for seeing Simba, Scar, Pumba or even Timon in real life!

If the costumes are sumptuous, so are the sets and everything will be combined to make you travel for a few hours. 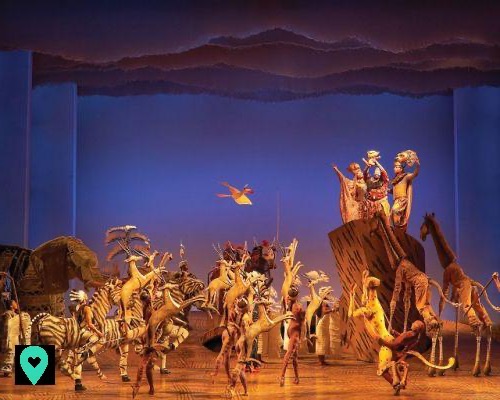 During the show you can also listen to famous music like "Can You Feel the Love Tonight". Besides, did you know that Elton John was one of the two authors of the lyrics and music for the show?

The Lion King is therefore a haunting musical comedy during which you will be speechless in the face of the talent of the artists. Laughter, joy and emotion will be there during the show!

On the internet: the best option

Do you want to attend a performance of The Lion King during your stay in New York? I advise you to book your tickets a few times in advance by purchasing them directly on the internet. Indeed, The Lion King is a musical very popular which attracts a lot of tourists (and locals).

If you buy your tickets online, you are sure to see the Lion King on stage and experience a magical moment! For this, I recommend the site Superbillets.com. This is the one I use and I find this site very practical: it is in French (which makes it easier to research), the Lion King performance dates are all indicated and the ticket prices are affordable!

The procedure to follow to purchase tickets on this site is very simple : once the performance date has been chosen, select the number of tickets you want, your location and pay your order. 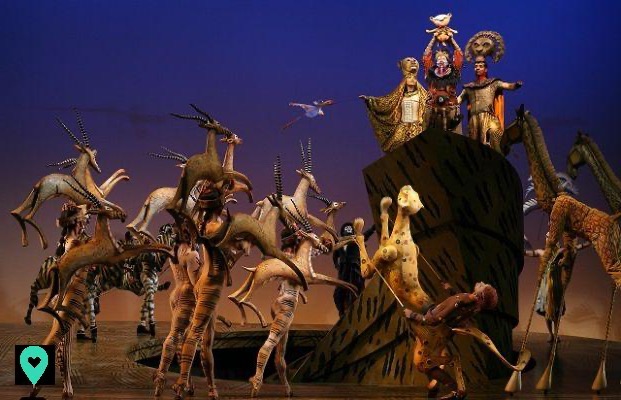 If you wish, you can also purchase your tickets for The Lion King at a stood TKTS directly to New York. Ticket prices are good, but remember The Lion King attracts a lot of people. So you risk not having room for the desired representation, think about it!

The TKTS stands in New York are:

Here is another solution to buy tickets for The Lion King at an attractive price: lottery. With this system, ticket prices are 30$, but with the lottery, two tickets can be purchased. If you are more, then turn to another solution.

In the lottery, tickets are sold early the performance the day before and until 9 a.m. on the day of the show.

Personally, I therefore advise you to buy your internet tickets. This is very fast and with this solution you will be sure to have your tickets in your hands for the desired performance.

Where is The Lion King musical played?

The Lion King show lasts 2h45 and is played at Minskoff Theatre at 200 W 45th Street at Times Square :

The minimum age to watch The Lion King musical is 4 years old.

Now you know how to get to see The Lion King on Broadway. I wish you a good show and just let yourself be transported to the world of the savannah!

add a comment of How to attend a performance of The Lion King on Broadway?