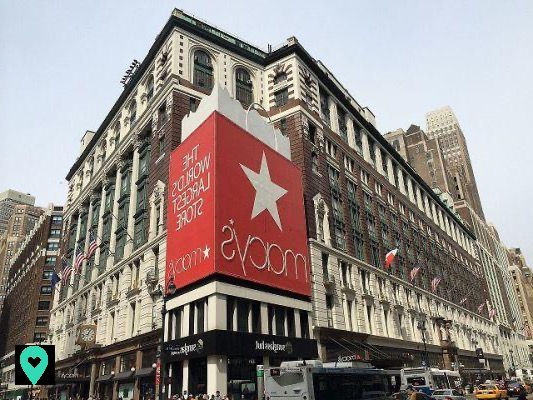 A few words of history about Macy's

New York-based chain of stores, the first Macy's store was founded by Rowland Hussey Macy 1851 in Massachusetts. Seven years later, in 1858, a second Macy's store opened in New York State at the corner of 6th Avenue and 14th Street. He later moved to the corner of Broadway and 18th Street, to Ladies’s Mile, an area which in the XNUMXth century concentrated a very large majority of shopping centers.

In 1896, the store was bought by two former Macy's salespeople, Nathan and Isidor Straus. Six years later, Macy's moved once again and settled at the corner of Broadway and 34th Street. Over the years, the store has grown and expanded until today occupying a block. 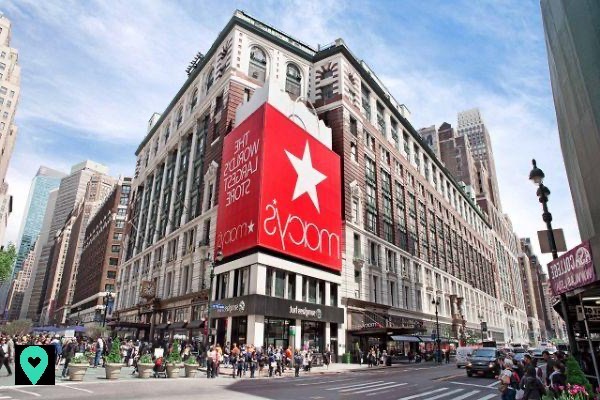 From 1983, other Macy's stores also opened in other states: Florida, Houston, New Orleans and Dallas.

Today, it is more than 600 Macy's stores which are established in the United States.

Whether you like shopping or not, I recommend that you visit Macy's in New York at least once. Shopping in this huge store is a real experience to experience at least once! Here you can find many different items : clothes, cosmetics, shoes, household items, decorations… Everyone will find what they are looking for: women, men and children.


If you can, try to plan your shopping trip during the end of year celebrations. During this period, it is simply incredible! On the other hand, avoid Saturday afternoons, because there are really a lot of people. 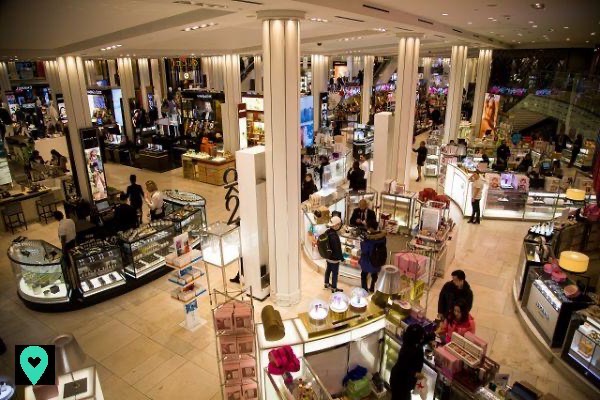 The Macy's store in New York consists of two buildings, but they come together. If necessary, do not hesitate to ask a seller for advice.

As noted, Macy's has 10 floors. To go up, do not hesitate to take the wooden escalators (they would be the first in town) located in the middle of the store!

For tourists, 10% discount are offered! This reduction card (Macy's Visitors Saving Pass) is valid throughout the store and can be obtained at an information desk directly at Macy's against presentation of your identity card.

During the sales, Macy's offers attractive discounts, think about it!

Can we eat at Macy's?

If you feel hungry during your shopping trip, you can eat directly on site. On the ground floor you can find a ' food court »Which offers specialties, burgers, salads ...

The various events organized by Macy's

Certainly, Macy's is an exceptional store and ideal for unearthing items of all kinds, but did you know that the brand also organizes various events during the year ? Here is an overview of the various events organized by Macy's!

To celebrate the country's declaration of independence, Macy's is organizing a fireworks. Macy's Fireworks takes place over the East River every July 4th. It starts between 21 p.m. and 21:20 p.m. and lasts about 30 minutes.

To admire this magnificent spectacle, you can go to Gantry Plaza State Park a park located in Long Island City in the district of Queens. You can also go to Williamsburg in the Brooklyn neighborhood.

Other interesting places to contemplate the fireworks: from the Empire State Building, Top of the Rock or One World Observatory.

Also read: activities to do during the month of July in New York.

For Thanksgiving (fourth Thursday in November), Macy's is hosting a very big parade from 9am. During this event, many floats and many disguised people parade. Balloons representing famous people are also present during the parade.


Every year, this parade attracts locals, tourists and this event is also broadcast on television on NBC.

If you want to attend this parade, remember to arrive a few hours before the start to get a good seat.

During the end of year celebrations, vitrines Macy's are worth a look: they are perfectly decorated and very lively.

Inside the store, you can also see beautiful decorations and on the top floor, many Christmas items are on offer. Don't hesitate to buy a few to adorn your home!

Macy's New York: where is it located?

To get there, you can take:

Now all that's left is to wish you happy shopping at this famous New York store!

New York's history from 1524 to the present day ❯