French theater festival in New York: what to expect

From May 29 to June 8, the French theater festival will take place. Presented by the French-speaking theater troupe l'Atelier Théâtre NY at the Theater for a New City (155 1st Avenue, New York, NY 10003), this festival offers you an interesting program :

In addition to these performances, Atelier Théâtre NY will also present contemporary scenes whose program will be punctuated by "Art" scenes by Yasmina Reza:

For these contemporary scenes, admission is free, but an endowment of 10 dollars is suggested.

Un Match d’Impro will also be presented to you on June 8 at 19:30 p.m. at the John Jay College Black Box Theater. There too, admission is free, but a contribution of 10 dollars is suggested. 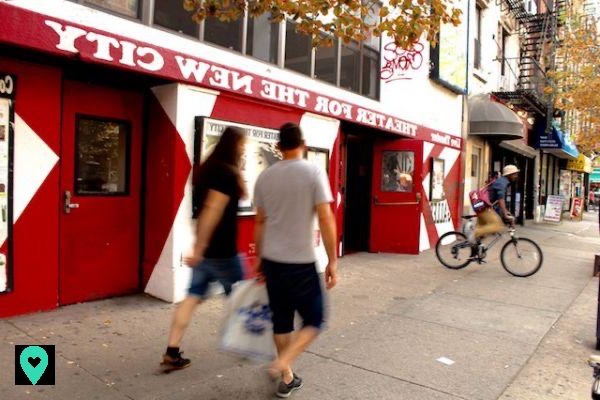 Don't forget to reserve your place!

As a reminder, the French theater festival will take place from May 29 to June 8. If you wish to participate, find all the information on the performances on the ateliertheatreny.com website. You can also reserve your place online. You will be sure to have your place for the desired performance!

Other festivals not to be missed

In New York, many festivals take place. Among those not to be missed, you can find:

Every year, many festivals are held in New York. If you are in NY between May 29 and June 8, do not hesitate to participate in the French theater festival. You will have a good time there!

Other news about New York: