Taxi New York: prices and practical information, all you need to know 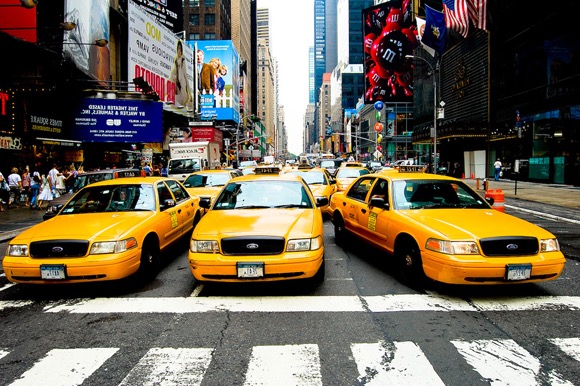 Which taxi to take in New York?

As mentioned above, the most popular and economical taxis in New York City are yellow. These are the “medallion” or “yellow cabs” taxis.

However, there are also some green taxis called "Boro cabs", circulating in Brooklyn, Staten Island in the Bronx, Harlem or Queens.

Just like in France, you can easily spot whether a taxi is free or not. Observe the sign on the roof, which will be on if the taxi is free. If so, you can flag it down. Otherwise, his sign will be off.

Note that in the event of disability, your driver will help you board the vehicle and will only be required to start the meter when you are properly seated.

How to show the direction to your taxi driver

In New York, as in several other cities in the United States, locals find their way around using the street intersections, and not thanks to addresses and street numbers, as is the case in France!

Once you get into your taxi, there is no need to give your driver a specific address. Instead, tell them the nearest intersection or the streets between which the place you want to go is. 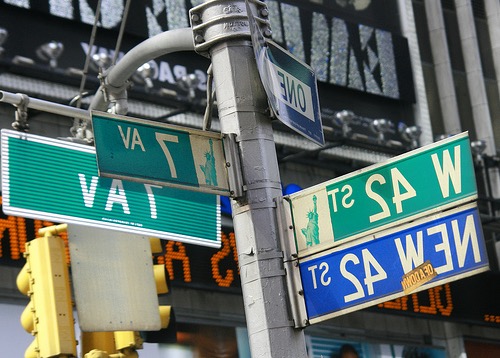 Price of a taxi in NYC

Also note that if your trip includes tolls, they will be at your expense and will therefore be added to your final bill. And if your driver has to wait for you, he'll charge you $ 0,40 per minute.

In addition, as with any service in the United States, you must add a tip to the amount you owe. The amount will of course vary depending on your appreciation of the service as well as your will. However, keep in mind that it will normally have to represent between 20 and 30% of the asking price.

Good to know: New York taxis do not load luggage from the moment it enters the taxi. So you can go shopping in peace!

How to pay for a taxi in New York

You will be able to pay your bill in cash or by credit card, with no minimum charge or additional charge.

Paying a tip with your credit card is pretty easy. Indeed, just before inserting your card, you will see the total amount of the trip, but also an option allowing you to choose the amount of the tip (generally 20, 25 or 30%).


You can also use the payment terminal keypad to indicate the precise amount of tip you wish to give to your driver.

Take a taxi from or to JFK airport 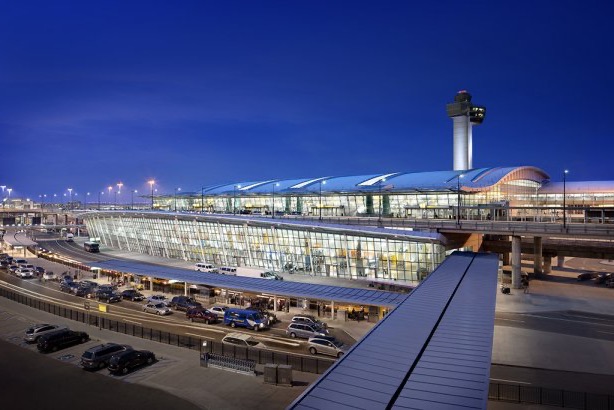 Much less tiring and more comfortable than the subway, taking a taxi from central New York to one of its airports is a popular option with tourists and locals alike.

Also, if you land or take off at JFK airport, be aware that there is a fixed fare of $ 52, not including toll and tip, from or to Manhattan. The total will thus be around $ 70.

In order to avoid unpleasant surprises, allow approximately 1 hour and 30 minutes for a journey between downtown Manhattan and JFK airport.

For Newark and LaGuardia airports, the fare will be charged as normal, with no fixed rate. However, you will have to pay an extra $ 17,50 for a trip between Manhattan and Newark Airport.

Finally, pay attention to your organization: in New York, you will not be able to book a taxi in advance. So allow extra time to get one directly in the street.

For more information or in case of complaint, do not hesitate to consult the official site of the city of New York.

Uber, the alternative to the New York taxi

UberFAMILY, UberX, UberSUV or even Uber Pool, you have undoubtedly heard of this private driver service.

Launched in 2008 and now present in many countries, Uber allows you to order a driver in a few clicks, via your computer or mobile application, as well as secure payment. In addition, the site offers different services, according to your requirements and financial means: UberPOOL, UberFAMILY, UberXL, Berline, UberSUV, etc. 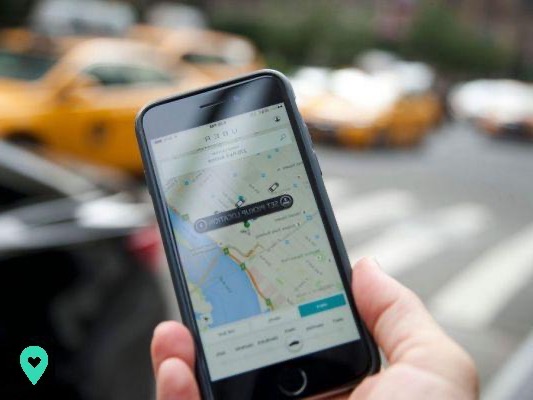 Widely used in the United States, Uber has many drivers in constant activity. You will have no problem finding one in just a few minutes!

If you want to make several trips in the city economically, the UberPOOL service will be the most suitable. Indeed, the latter allows to take several passengers at the same time, thus sharing the costs.

Feel free to compare the different services on the New York Uber page and simulate a ride to find approximate prices.

Let yourself be tempted by a limousine!

You're in New York, probably on vacation… How about ending (or starting) your trip in style?

So hop aboard a New York limousine! Enjoy the view while sipping a glass of Champagne, seated on comfortable seats. 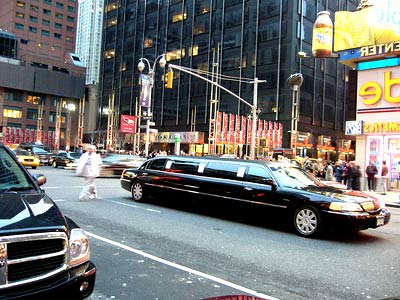 Also be aware that you can book it in advance, which might save you the stress of having to find a taxi directly on the street.

Note that the latter do not have a meter, and that a fixed price must therefore be established in advance.

You now have all the necessary information in your pocket! Enjoy the trip, and don't hesitate to speak with your driver. Who knows, the latter will perhaps reveal anecdotes or tips on the city!

Soho: the trendy and artistic district of New York ❯

add a comment of Taxi New York: prices and practical information, all you need to know