What to do in New York in June: key events and activities of this period 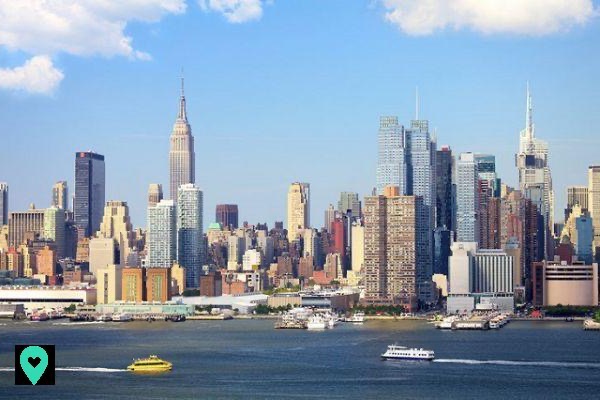 New York in June what will be the expected weather?

June is the first summer month of the year. Temperatures are between 18 ° C and 26 ° C. You can therefore walk in the streets without feeling cold and with light clothes. 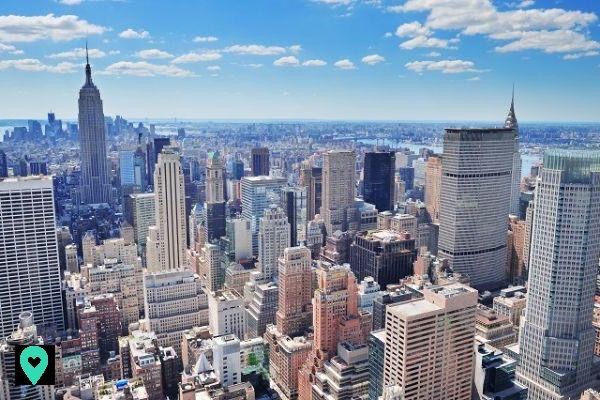 The month of June is therefore a pleasant period during which you can visit the essential sites of the city and survey the different districts. walk or aboard a bus hop-on-hop-off. This solution is ideal for walking around the city in a open top bus. These buses also provide some stops during their route. You can therefore get off or stay on board, you choose! For more information on these famous tourist buses, click on the following link and to reserve your place, go here!

What to do in New York in June: here are the outdoor shows planned!

In June, several cultural events are organized. Here they are.

Every year, from June to August, the Bryant Park Festival. During this event, you will be able to watch old films on a giant screen in the middle of Bryant Park on Monday evenings. Films start showing between 20 p.m. and 21 p.m., but you can arrive at the park as early as 17 p.m. Moreover, remember to arrive in advance to ensure a good seat and if you wish, you can take your picnic to eat directly on site.

However, if the weather is not good, the session is canceled.

The Bryant Park Festival is therefore ideal for a good evening and another advantage: this festival is free so take advantage of it!

Shakespeare in the Park

Between May and June, do not hesitate to visit the Delacorte Theater in Central Park, an open-air theater that has offered free shows for 50 years. The Shakespeare in the Park is a popular event for tourists and locals alike to watch Shakespeare's plays.

If you too want to participate in this event, you will need to purchase tickets either online or on site (buying them on the internet will save you time and avoid queuing at the entrance, think about it!) 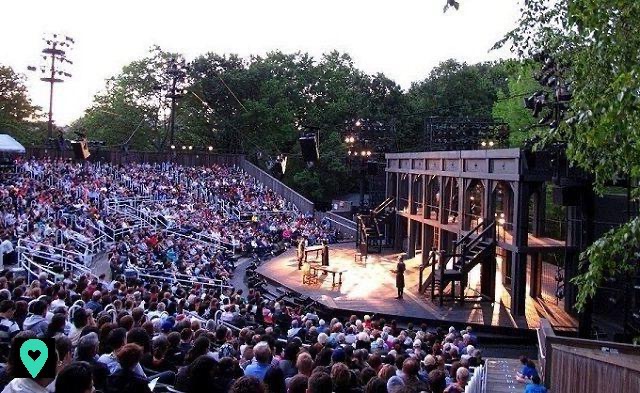 The shows are played throughout the summer from Tuesday to Sunday evening (the park opens from 19:30 p.m.).

Other events organized in June

In June, do not hesitate to participate in the Washington Square Music Festival which takes place every Tuesday of the month. This music festival offers free concerts to its spectators. You can therefore listen to pieces of jazz, salsa or even classical music!

Le Museum Mile Festival will be held on June 14, 2019 from 18 p.m. to 21 p.m. on Fifth Avenue which is also closed to traffic during these few hours. For this event, nine museums open their doors free of charge and activities are also offered: makeup stands, jugglers, music shows, musicians and other artists come to exhibit their talent.

To attend these shows, you can go to Central Park, but also to other districts such as Queens, the Bronx or even Brooklyn. The artists start playing around 20 p.m., but if you want a good seat, it's best to arrive 2 hours before. You can bring your picnic and blanket.

At the moment, the dates of the New York Philharmonic Concerts in the Parks are not known.

On June 15, 2019, come and participate in the Mermaid parade, a colorful parade that takes place on Coney Island and celebrates the sea, the sand and the start of summer! For this parade, the women are disguised as a mermaid and the other participants dress in a nice costume related to the parade. You will be able to see sea creatures and other very surprising disguises!

The atmosphere is good kid during this parade, so go there too, but of course disguised 🙂

From June 16 to 23, 2019, the New York City Gay Pride, the flagship event of the LGBT community. For this event, several events are planned including The March, a parade made up of 110 floats and thousands of participants. This parade will take place on June 24 from 12 noon on Fifth Avenue and 36th Street. 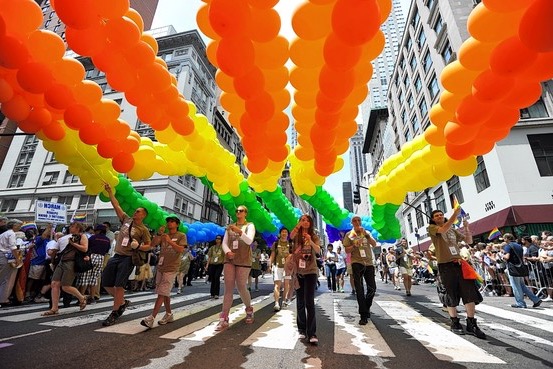 The other celebrations planned for this Gay Pride are PrideFest, a street festival or Pride Island. This event will close the Gay Pride festivities and a huge evening will be given!

What to do in New York in June: other fun things to do

The beautiful weather in June makes you want to do a lot of things, right? During your stay in the Big Apple, don't forget to walk around the city and live incredible experiences!

For my part, I advise you to take advantage of the good weather to stroll in Central Park and on the High Line. They are very pleasant and ideal places to relax.

If you can, don't hesitate to visit Governors Island, a very charming little New York island accessible by ferry. You can visit it on foot, by bike and discover emblematic sites. For an overview of the things to see on this island, here is a full article.

For fun, however, direction Coney Island where a huge Luna Park awaits you!

As mentioned at the beginning of this article, you can also take a stroll around New York on a tourist bus, but contemplating the city from above is also a magical experience! So, aboard a helicopter, you can admire NYC and take beautiful photos! If you're interested in a flight, click here for prices and to make your reservation. 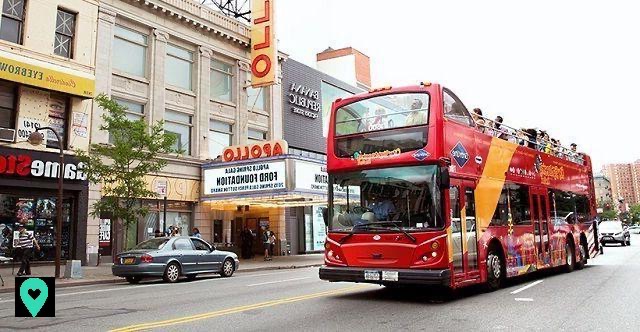 Finally, in the evening, I can only recommend that you go see a musical comedy on one of the Broadway stages. The shows are magnificent and the artists will make you live an unforgettable moment! So, watch the shows, choose and reserve your seats on the superbillets.com site directly on this link!

What to do in New York in June: all games scheduled for the month

In June, you can participate in a soccer or baseball game. For soccer, the two iconic teams are New York City FC and New York Red Bulls.

Also, if you want to go see a baseball game, it is advisable to buy your tickets on the internet by clicking on the following link. In New York, the two teams are the Yankees and the Mets.

Watching a soccer and baseball game is magic! The atmosphere is unique and you can support your team like a local!

Now you know what to do in New York in June. I wish you an excellent stay and don't forget to enjoy every moment 🙂

add a comment of What to do in New York in June: key events and activities of this period